I wasn’t sure what to expect at the SANY-sponsored Union Square Snow Jam, but snow has been so scarce this season that I ran to the park with my camera gear and a prayer that it wouldn’t be tracked out before I got there. What I found was fun to see — a big pile of snow sponsored by Whiteface, Gore, Windham, Hunter, Belleayre and Mountain Creek. 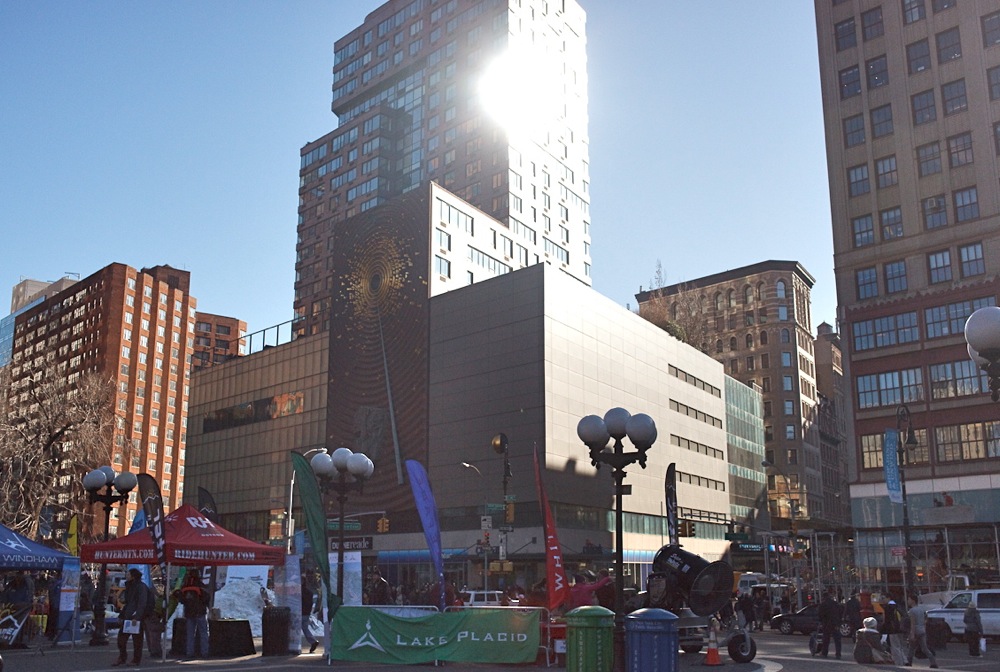 Normally, this event includes a snowmaking demonstration, but this week’s mild temps required a different approach. The participating NY ski areas blew snow at home, loaded piles into dump trucks and drove it down the New York Thruway into the city.

The snow was slick and fun to play on. It was surrounded by an array of tents and displays featuring some of New York State’s biggest areas giving away deals and trail maps. From what I saw, the kids really liked the ski area swag. 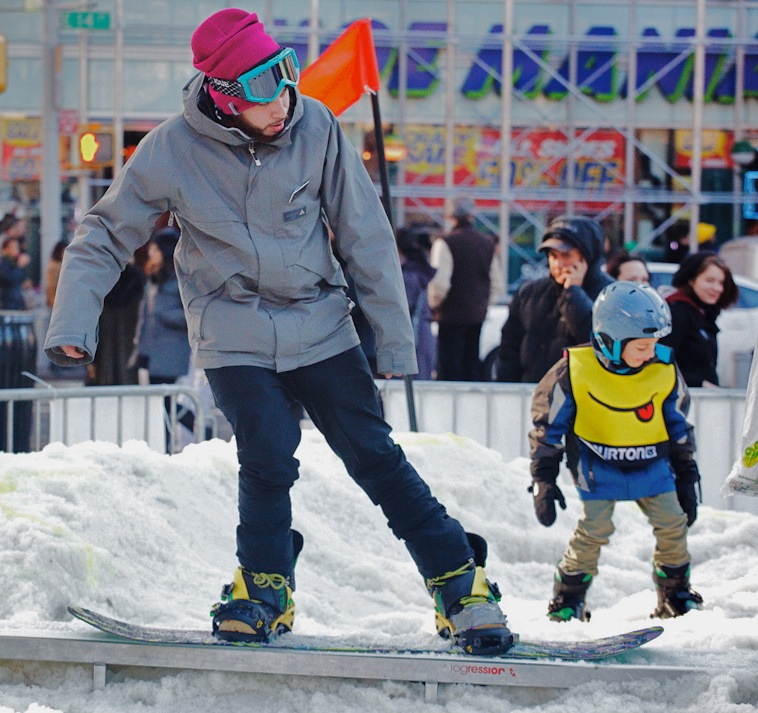 Staff members from Mountain Creek and Windham outfitted kids for tiny snowboards and taught them to do tricks on the snow. While the NY Ski Blog has no official comment on whether starting your children on only one plank is proper parenting, the kids really seem to dig it.

And those who just said no to snowboarding still got to go sledding, make snowballs, and gawk at the crazy pile of snow that came to be known as Mount 14th Street. Passersby stopped and used cell phones to take pictures of the endless stream of kids trying out our sport. 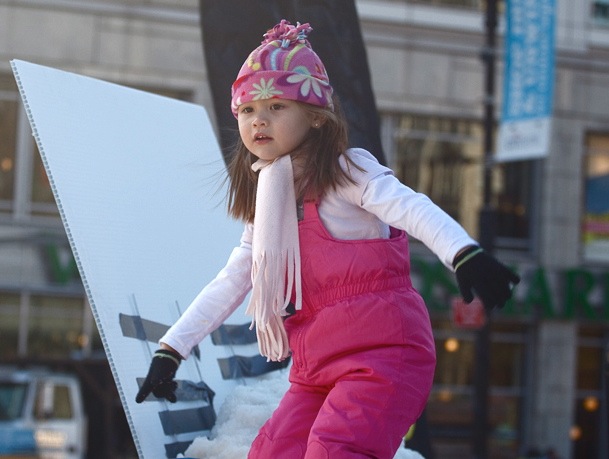 If the objective of Snow Jam was to remind people that the ski season still has several weeks remaining in New York, I’d say mission accomplished. And if loftier goals included showing the next generation the joy that comes from sliding on snow, I’d say it was a terrific success.

Thanks to SANY and the resorts that contributed to today’s event; it made my day. I do have one question: if I did a trick on a rail in my sneakers, does that count as a ski day?