In the spring, backcountry skiing is a game of inches. Two degrees to either side of the dial and you’ll get a different day. That’s what it was like when my brother and I set off to ski some steeper lines at Mont Albert, in the Parc National du Gaspésie. 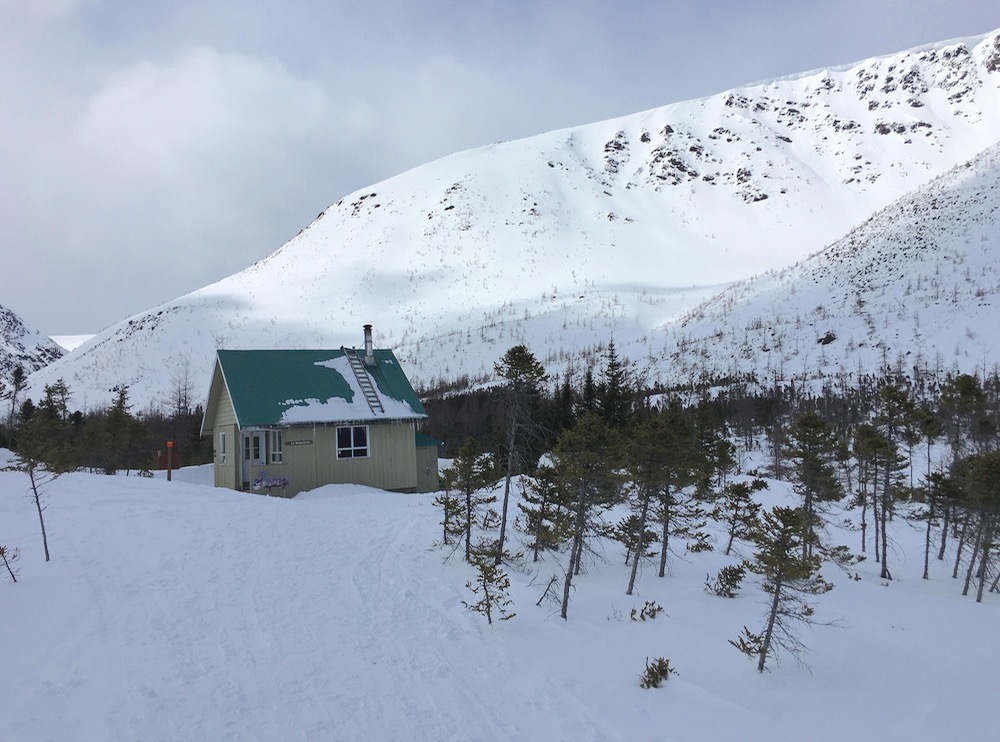 I’ve always felt that one of the primary reasons to drive to the Gaspé is to get a cabin at the Mines and tour right from your doorstep. The skintracks are accessible and often, in an hour and a half, you can be on top of something really nice to ski.

But Mont Albert is the king of the parc, and perhaps that is why he is the exception to the rule.

The Grand Cuvé is 8 kilometers in from the road, and the Patroller’s Wall is a couple less than that to the base. It’s not an easy trip when you’re loaded up with food, water, layers, beacons, shovels, probes, axes, crampons, skins, radios, ski knives, and everything else you need to tour in the Gaspé. Eleanor Dickinson said something like “Spring is the season where it’s summer in the sun, and winter in the shadows.” I am pretty sure she never toured in soaked ski gear and dropping temperatures. 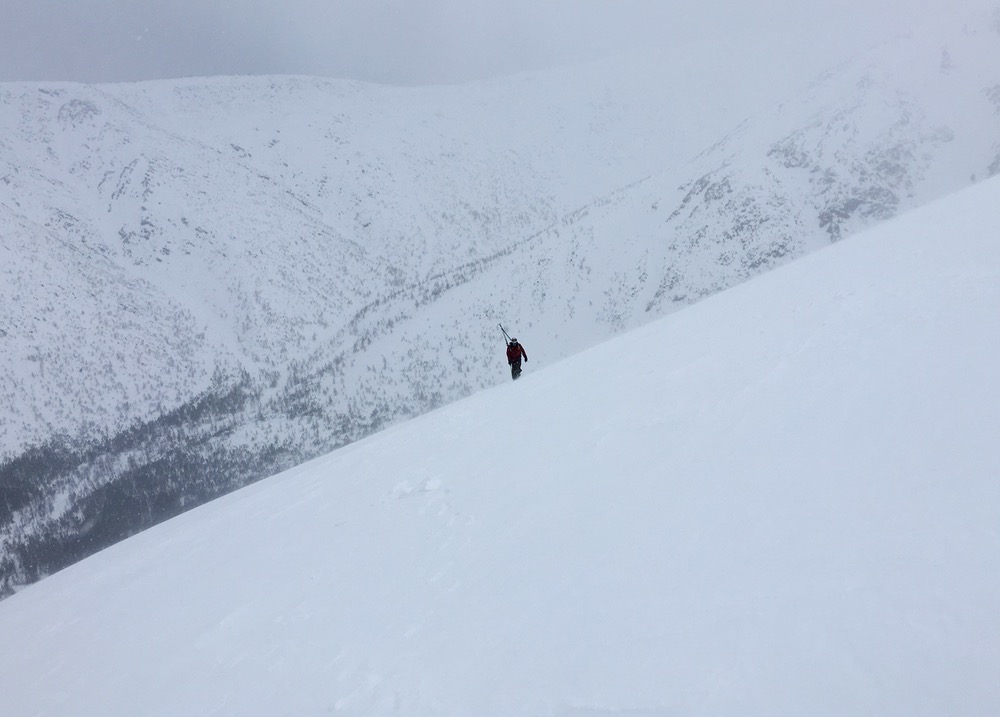 Getting started, all I could think was how grateful I was to find a little sunscreen in the car, it was the finest day I could imagine. The skin up to the warming hut was so pleasant, we were accompanied only by birdsong.

But when we stopped for lunch everything changed. A forecast storm set in a few hours ahead of schedule. Our march under the sun had left us soaked, and now cold in the wind. 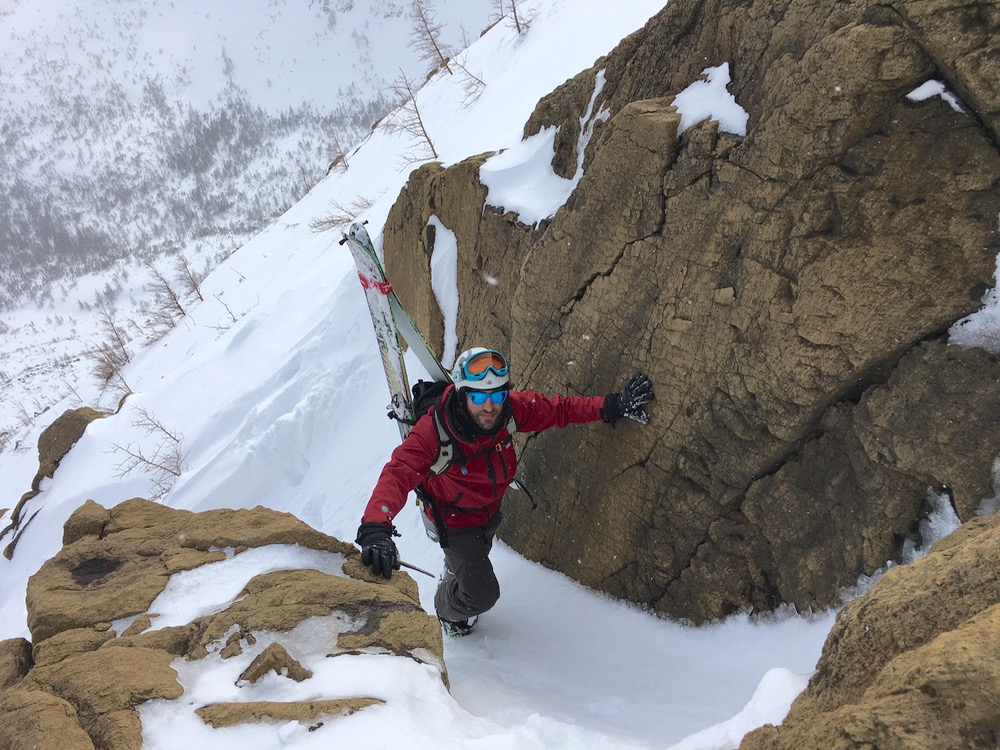 We’d come too far to go back, which of course is exactly the wrong attitude. Still I felt confident we could find a stable line to ski on the exposure we were targeting. One thing was assured: skiing down would be easier than getting up.

We found patches of hard snow mixed with deep drifts on the route up. We busted out the axes and set to work, improvising as we went along. It was steep enough that I didn’t care to stop much. Despite my rock climbing experience, I hate being on steep snow, I can never get super comfortable unless my skis are under me. 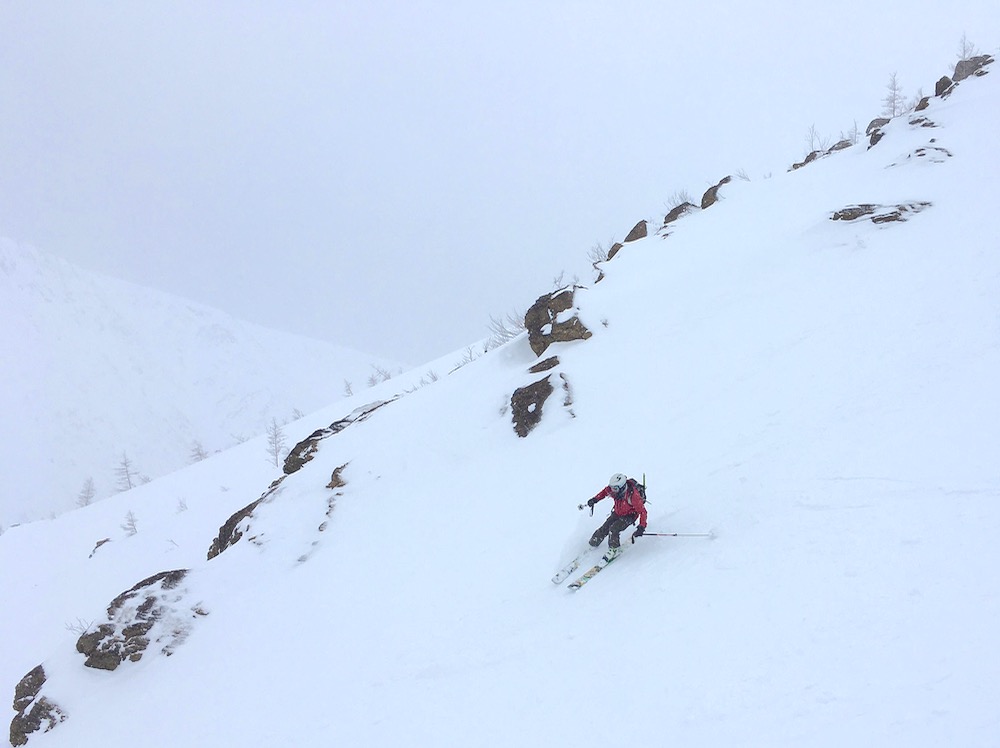 The weather got worse at the top. In our final approach we found a passage through some boulders that was full on alpine climbing, making use of our spikes on the water ice and pulling on some brick red stone.

After a coupe of jumping jacks to warm up, we realized we could barely see the roll over. I ventured in slowly, traversing to the left before cutting a wide right turn. I thought twice about our line, as the chalky snow skittered down the couloir under me. 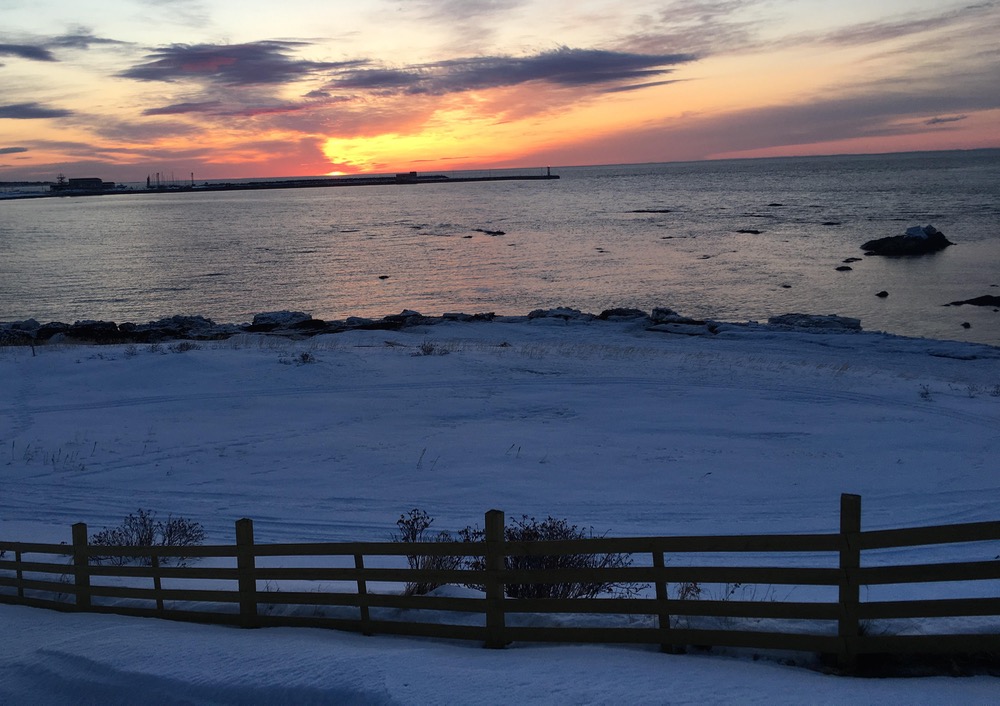 My brother followed and skied down to me, winding himself through the passages between the rocks. I felt like we were getting flushed down more than we skied it. Still, it was a triumph to tick off a new personal descent in one of these timeless drainages.

There’s just nothing like being up here. Even if these lines have been skied, it feels like a new frontier in the old new world. When everyone else says to Go West, I can assure you that there are reasons to head North and East.