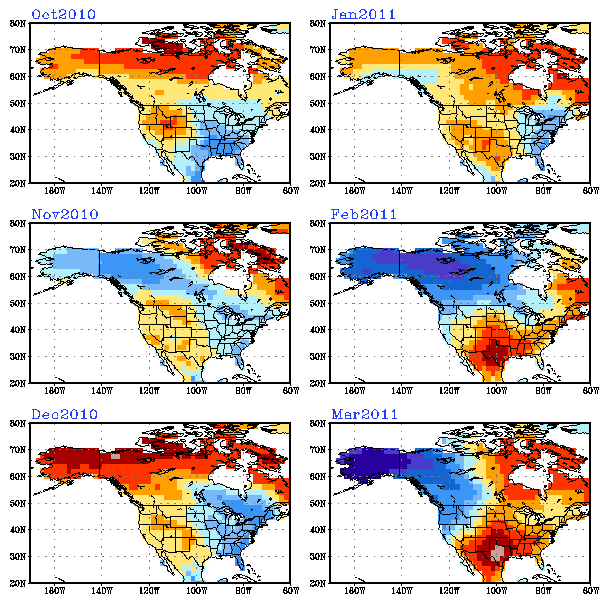 This just released forecast represents the National Weather Service estimate of how temperatures, over the next six months, will compare to the average temperatures measured over the period 1971-2000. Data used is based primarily on ocean temperatures, modeling the current year against similar years from the past.

The three-month T2M forecast posted last November, did reflect the southern track of the large storms last winter that hit the mid-Atlantic.