Surface lifts have always held a special place in my heart, which must sound odd to skiers of a previous generation that grew up without bubble lifts and tramways. 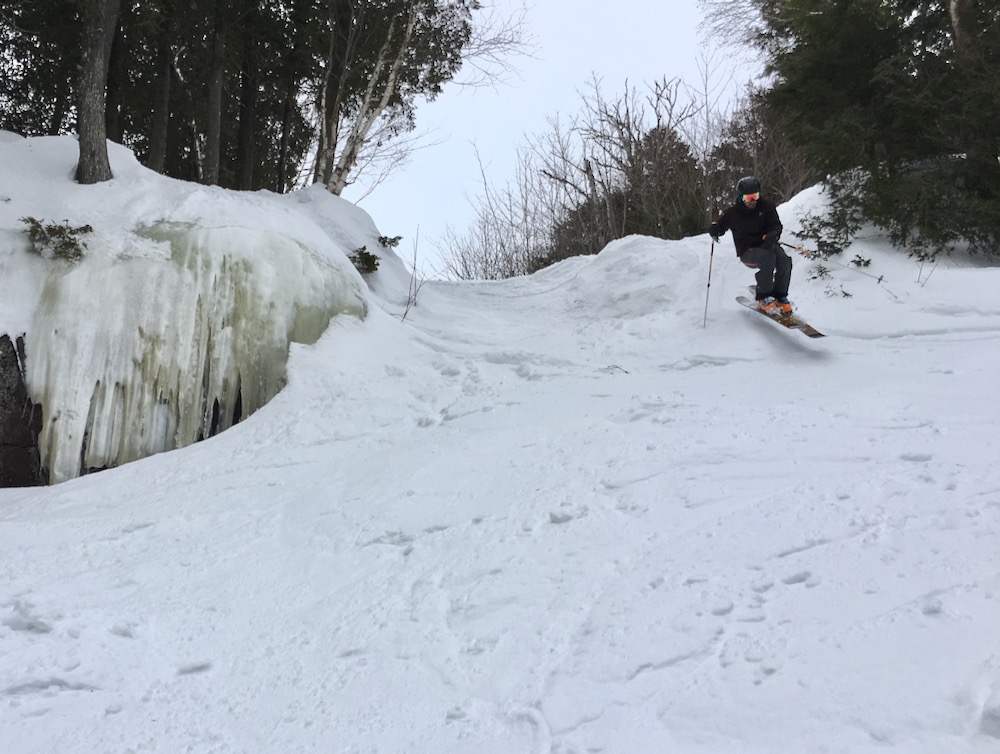 But there is so much to recommend about them, like low skier traffic, powder preservation and riding low and out of the wind. Plus you’re doubling your vertical by skiing uphill.

Some of my most memorable runs have been on surface lifts. My first time at Plattekill I drove up when The Weather Channel was forecasting heavy snow potential in the Western Catskills. While the Hudson Valley only had about six inches, I was getting my first taste of Platty magic, skiing the North side by myself in two feet of snow.

I remember another time at Breckenridge, when access to the top had been limited by substantial snow. My brother Paul and I waited nervously in line for the Horseshoe Bowl while bombs were being lobbed off the top. The first skiers fell off the T and were pelted both with snowballs and profanity while we awaited our turn. Fortunately we hung on to arrive at the top for our shot at glory.

At Sugarbush, when we were really young, I was in awe of the power of the North Lynx Poma as it slingshot Paul thirty feet before his skis touched the snow again. 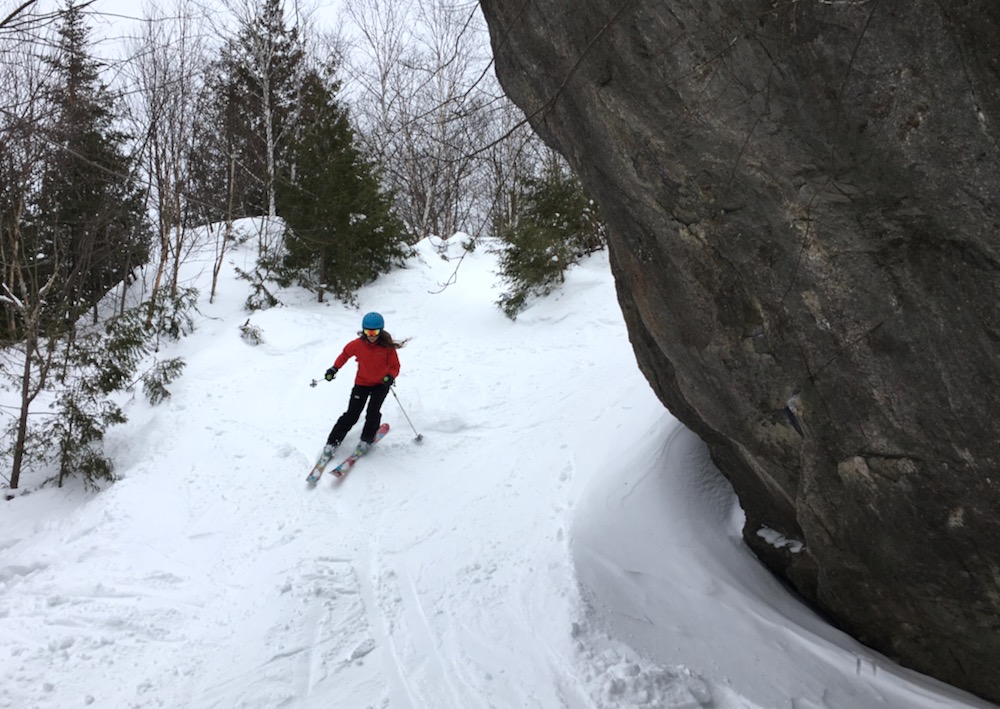 Riding the poma lifts at Hickory will forever live in my dreams; the sputtering of the engines and the great times flying down that hill on those natural features. Start a Kickstarter to get the place running, and I am in.

All of this brings me to the best day of season 2018-2019, this past weekend. Mont Sauvage has been on my hit list. New ski area launches are rare today. Until a few days ago I knew nothing about the hill beyond the billboard on the 117 for a $99 season pass that had been staring at me during climbing trips over the summer. When my buddy Colin proposed Mont Sauvage as the venue for a party, it was easy to RSVP enthusiastically. 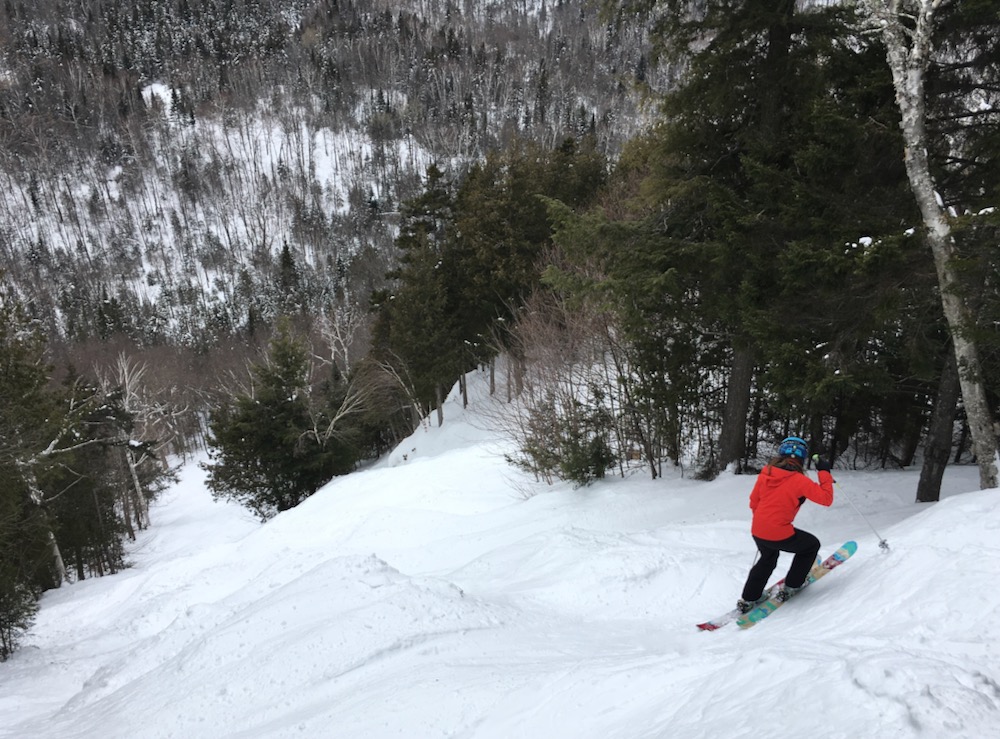 The mountain is not ‘new’ exactly, but a relaunch of a small ski area that boasted the biggest ski school in Quebec at one point. A ski patroller explained that — powered by two t-bars and a strong following — Mont Sauvage operated continuously from 1958 – 1997 before it suffered the same fate as Gray Rocks and the original Mont Alta.

He cited competition as the main reason it failed, and from the top you can see Belle Neige, Chantecler, Mont Olympus, Mont Sainte Sauveur, and some well-cut backcountry lines in the Parc Regional.

How does Mont Sauvage plan on succeeding this time? The mountain has a few things going for it. Most importantly, compared to the competition, the terrain is wild and they believe that they can cater to expert skiers and powder seekers.

Geronimo was one of my favorite trails — almost 40 degrees — it’s a narrow river of moguls next to ice flows in a steep valley. Another trail, L’Aigle Noir takes you past some fully bolted and overhanging rock climbs into the woods. One entrance, through a slot in the boulders about two feet wide and 15 feet long, is similar to the kind of G.N.A.R. you would find Squaw Valley. 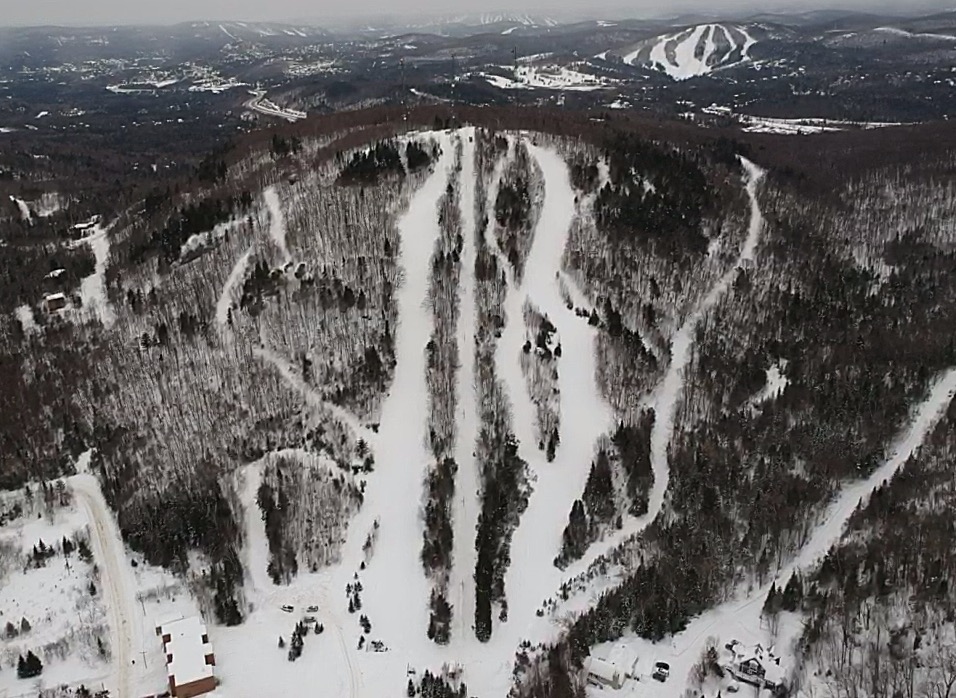 With the mountain open on weekends and consistently grooming about only five trails, the strategy of catering to experts seems to be working. Deep into a Saturday afternoon, the crowd was finding new lines in the woods and soft snow at the edges of the slopes. Skiers here are adventurous, putting tracks into each side of the mountain, skiing past country houses and then hiking back along the roads in the name of exploration.

There’s a real estate angle at play too. Property owners in the new development are paying fees that allow them unlimited skiing. Hopefully this modest success continues to pay the bills in good seasons and bad. Currently the base lodge is operating out of an in-progress condo at the bottom of the hill with tickets being sold out of the lift shack itself.

Ski areas like Mont Sauvage are worth so much more than the sum of their parts. A trip would be worth it for the ski history alone, but combined with this kind of terrain and snow, it’s a no-brainer. Skiing has changed, people like fast lifts and snowmaking. But for anyone who’d like an opportunity to turn back the clock for a day, we’ll have the opportunity at Mont Sauvage.

7 comments on “The Wonder Years at Mont Sauvage”