It had been snowing pretty consistently in Western New York for about a week and the skiing was good everywhere. South of the city had accumulated about 2 feet of snow over the previous week. I had planned to head out skiing in the morning and we were forecasted for a few possible inches that night. 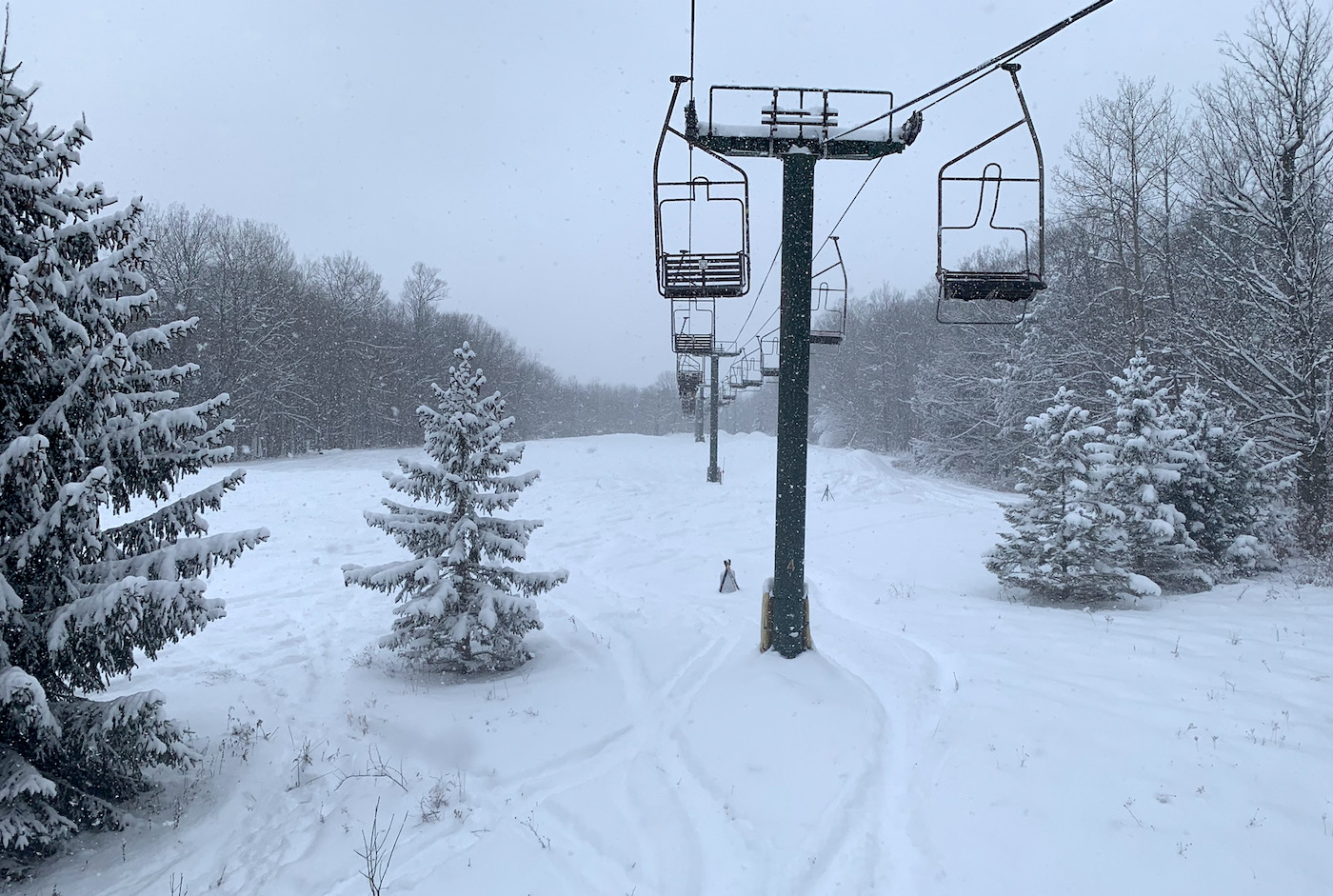 I had plans to ski-tour a state forest in Ellicottvile and made my way out of the house. We received a few very light inches of snow in my driveway in Buffalo, which only required a few passes with the shovel. As I hopped onto the highway, the snow intensified pretty quickly.  Traveling into the southtowns on 219, precipitation started to get heavy.

While a few inches were forecasted, I was encountering 8-10” of snow on the road surface.  Ascending up to the Colden exit was essentially a whiteout and the driving was loose. Descending down into Springville went from hairy to manageable, and as I went through Ashford Hollow, the snow started to fade away. The classic narrow lake effect band, largely uncalled for and affecting about a 10-15 mile path. 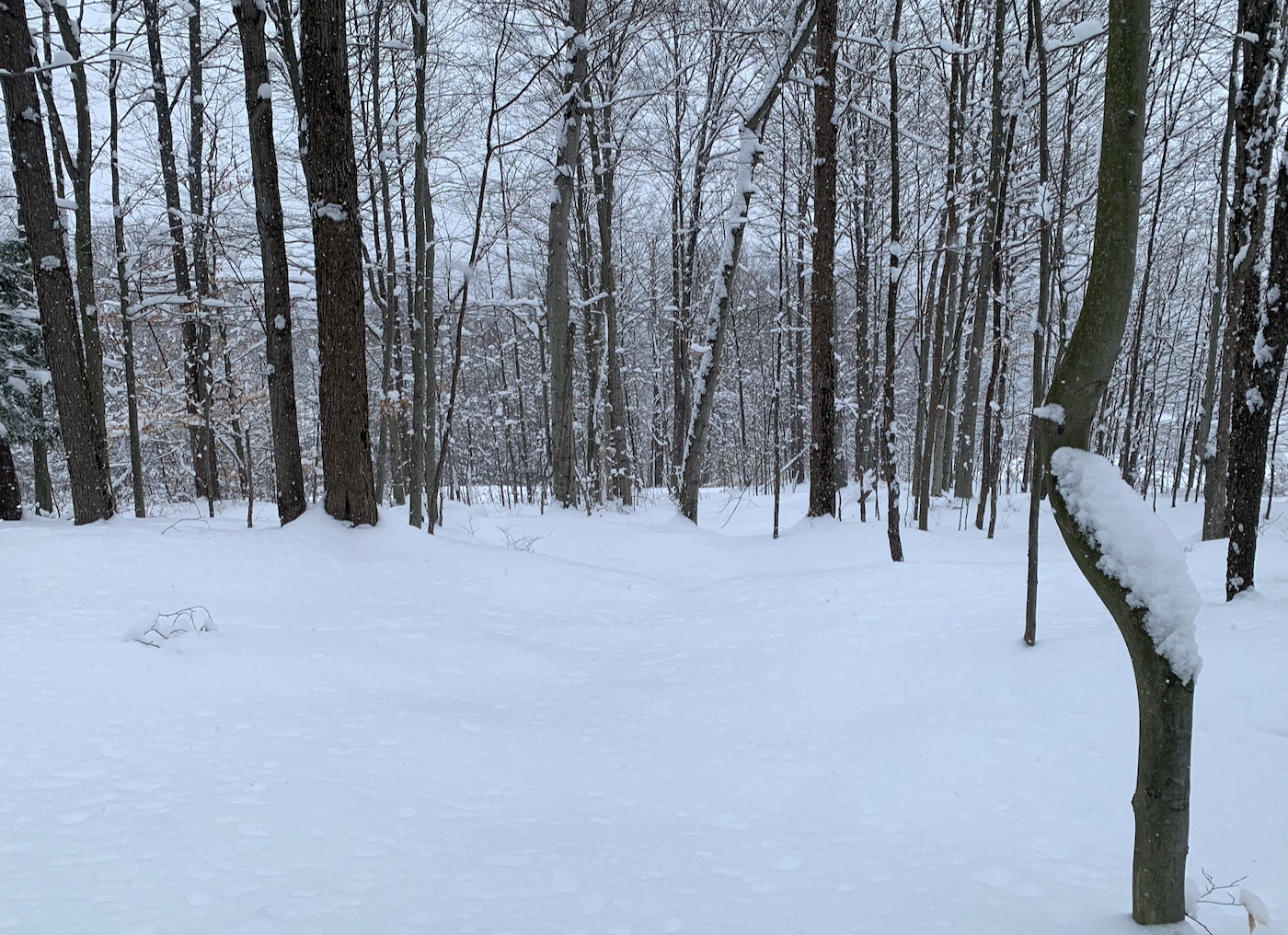 I made it to the DEC lot in Ellicottville which hadn’t been plowed at all this winter and pulled into a windblown spot on the shoulder.  That particular windblown shoulder happened to be a ditch and my passenger side slipped just out of traction.  No longer than 30 seconds after I made my second shift into reverse did an Eager Samaritan in a 1500 Silverado drove by, excited to pull me out.  3 minutes and one broken tow-strap later I was free from the ditch and ready to go skiing.

After driving through all of the fresh snow and getting stuck in a 3 day old snow bank, I made the decision to drive back to Colden.  I figured at this point I was driving the same distance either way, so I might as well go back to where the snow was. 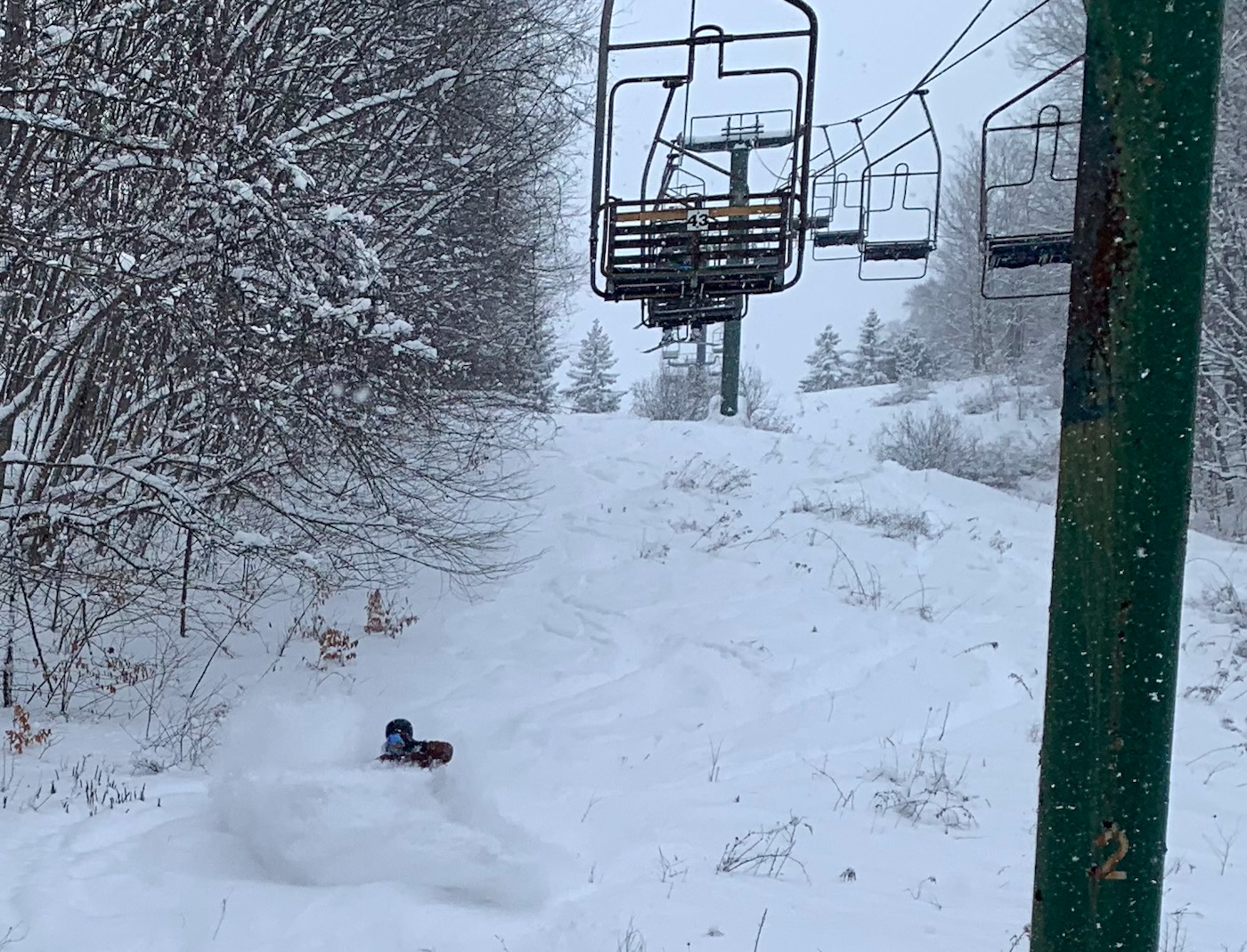 Driving back into the heart of the lake effect band revealed that the snow had not slowed down at all. By the time I pulled into the lot at Kissing Bridge it was 10 am there was a foot of snow on the ground, and the lot was jammed.  I parked behind the maintenance garages in an overflow area and made the trek to the ticket window.  The lot was more busy than I can remember, but there weren’t really any lines worth mentioning.

I skied onto chairs all day. The base area was bustling but the crowds were dispersed across the ski area. Both chairs, the Holly Quad and the Holly Triple, out of the main base area were running. The South terrain pod was open with all natural snow, and the World chair was also open. 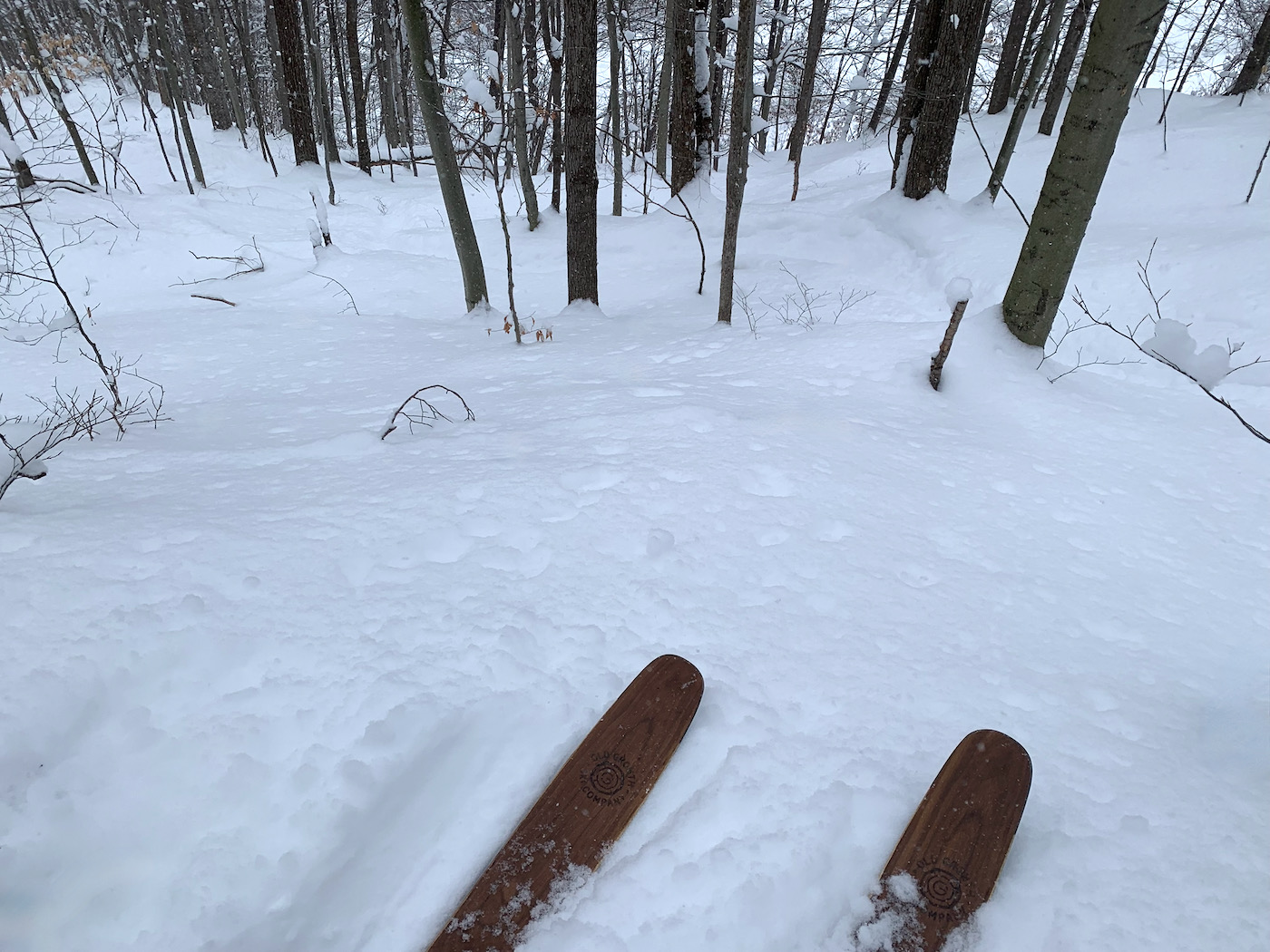 The fresh foot of snow was super dry and light, blowing all over as you skied through the cold smoke.  In areas that had manmade snow, it was firm below the fresh, but in areas with only natural, ungroomed, the snow was soft all the way down and skied great. After a few laps out of the main base, I made my way towards the World of Your Own terrain pod.

The World chair is a Stradeli double built in 1971 with wood slatted backrest and padded seats, skiing this area is like stepping back into time, with no visible infrastructure or lodges, just a quiet little slice of diesel powered lift-serve. 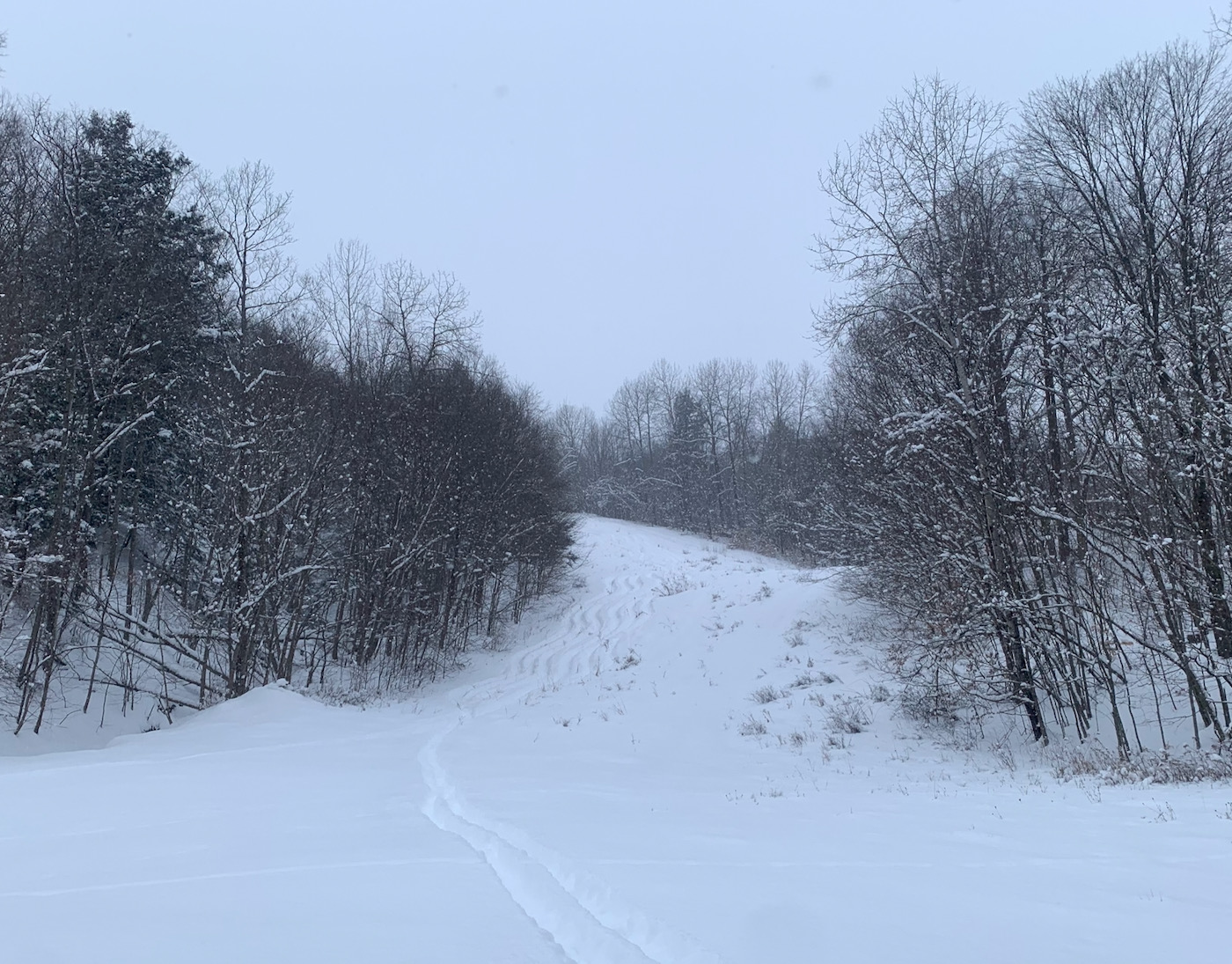 The World chair accesses some natural rolling terrain with some fun runs down drainages that include a lot of different options and pitches.  There were snowmaking whales just below the chair at the top of the hill that became well used features. There were folks farming out their favorite lines and nesting turns on the edges of the trail, getting every square foot of untracked snow they could find.

It continued to snow throughout the day, accumulating a few inches on my car by the time I had to check out.

7 comments on “Kissing Bridge: Turn It Around”