After the 2019-20 ski season ended with a whimper on the wind, I was determined to ski every chance I got this year and be thankful for it. So when Hunter Mountain — one of three hills that I can day trip from Long Island — announced Opening Day 2020, I made a reservation.

I pulled into the muddy lot to the right of the main building a little after 9:30. Everyone was funneled into one entrance greeted by three or four Hunter employees with scanners. I breezed past the ticket windows serving a handful of customers and through the underpass without going into the lodge. A ribbon of beautiful white snow and a mass of maybe fifty people were in line or milling around the base, all wearing masks.

Another pack of four Hunter employees scanned passes and guided skiers through one of six lanes to line up for the lift. If you came together, you rode together. Two, four, six, it didn’t matter. I was skiing by myself and ended up at one end of the six pack, with another solo skier at the other end. 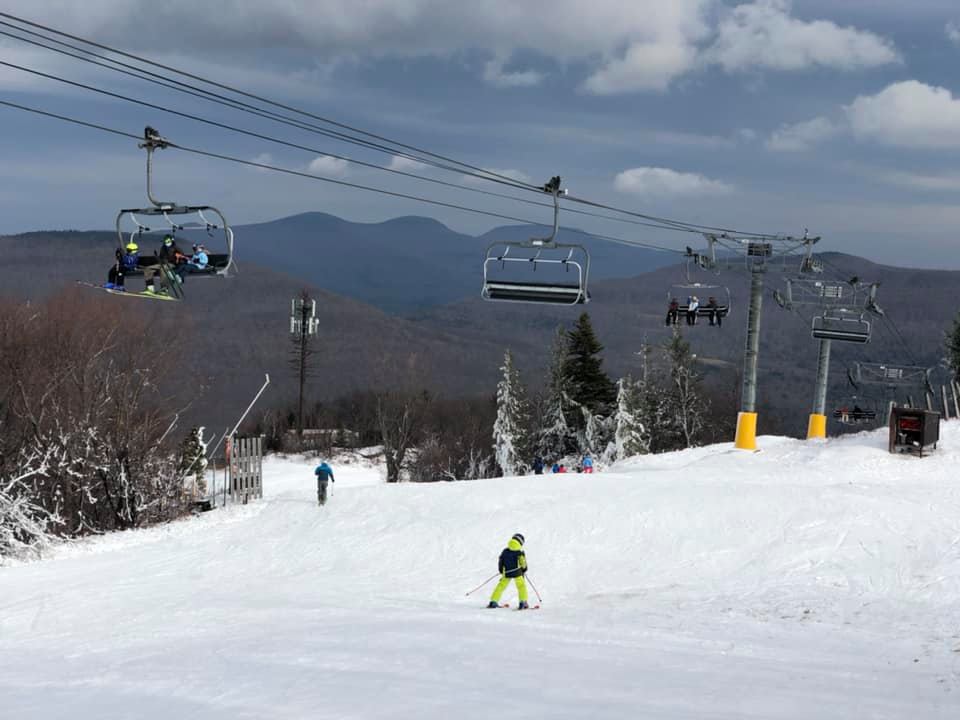 I took fourteen runs all day and this was the set-up half the time. A couple of times I rode alone, a couple of times there would be a pair on the other end. I also could have requested to ride the lift alone and the lines were so short that no one would have cared. The virus was the main topic or the undertone in every conversation.

On the ride up I could see no sign of corduroy and could tell that the snow was already pretty soft. The slopes weren’t crowded and there was a lot of skill was on display. I started with three runs down Hell Gate-7th Avenue-Kennedy Drive and the snow felt good under my feet. Conditions were late-spring. It almost seemed like a make-up for the days we missed at the end of last season. 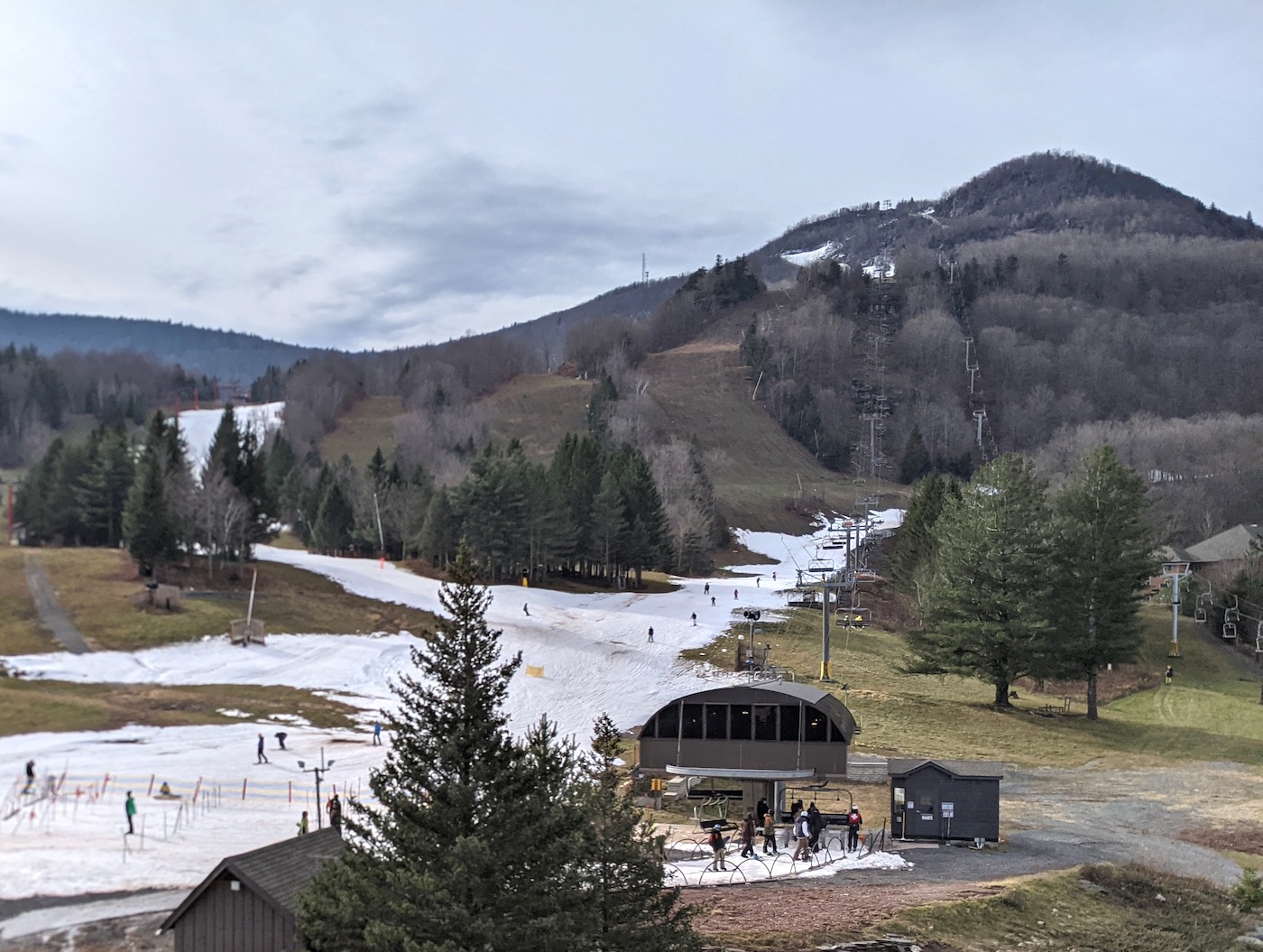 Hellgate bumped up pretty early but it was forgiving snow and easy to maneuver. It was great practice, I only wish that I was in the same shape I was in last March. Belt Parkway was the only other option and it held up well because it was in the shade all day.

The trail was never crowded and Belt’s famous bottlenecks never developed. Both trails got slushy at the bottom and the base looked thin by Hunter’s standard — especially on Belt Parkway which was tinged red from the mud bleeding through. Still, I was happy with the conditions and ended up staying until three. 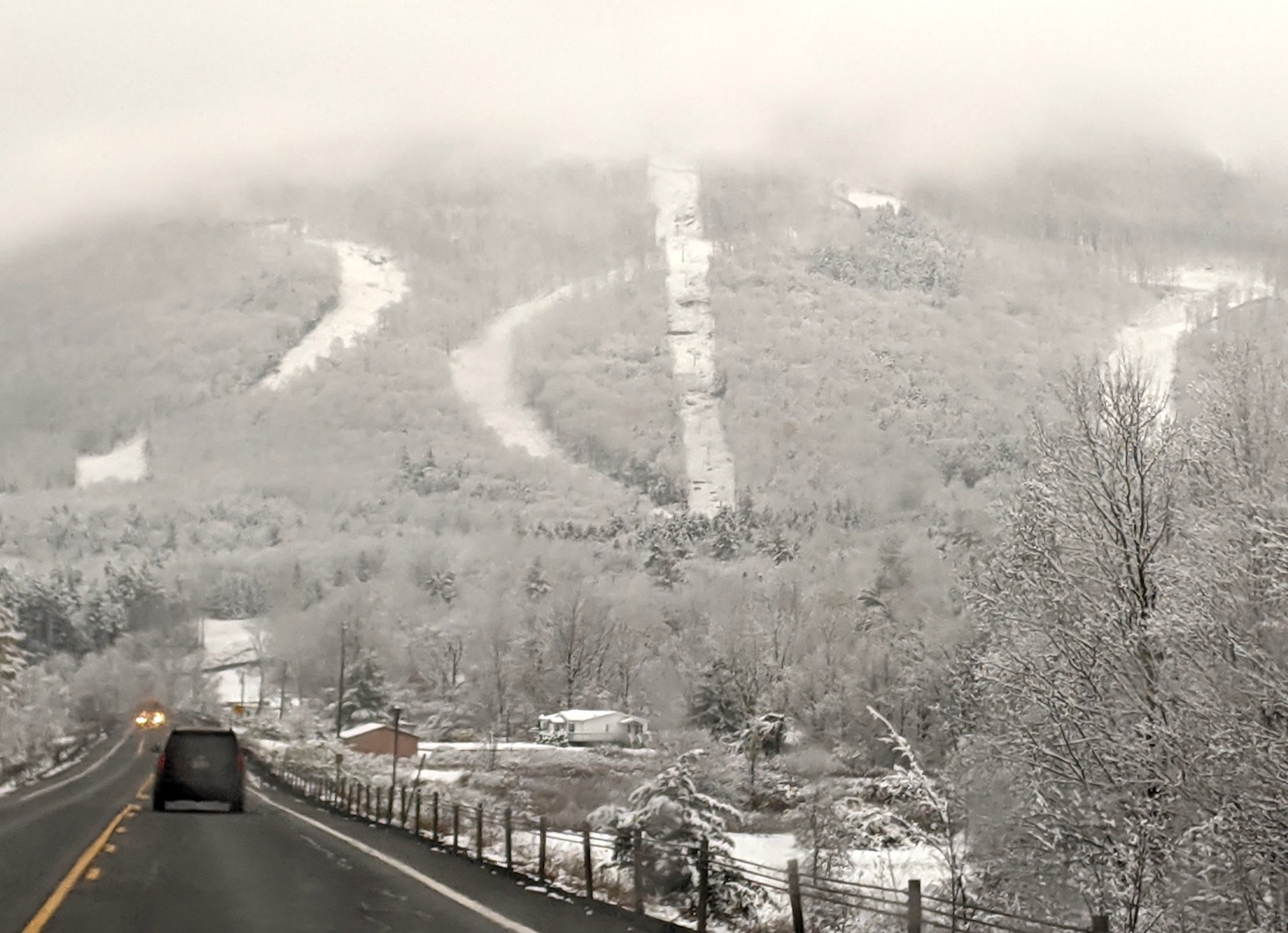 I didn’t go into the lodge all day, I ate a sandwich and sat in my car, listening to some music and enjoying the warm and mostly sunny day. I overheard someone on the lift mention that they had to make a reservation on their phone to go into the lodge, then order and pay for their cup of coffee on their device.

Apparently reservations gave you a forty-five minute window to be in the lodge. Skiers and riders were understanding of the new normal and everyone tried to keep their mask on in the liftline. That being said, it was 49 degrees and everyone could easily walk to their car. Ten degrees on a crowded weekend might be another story. 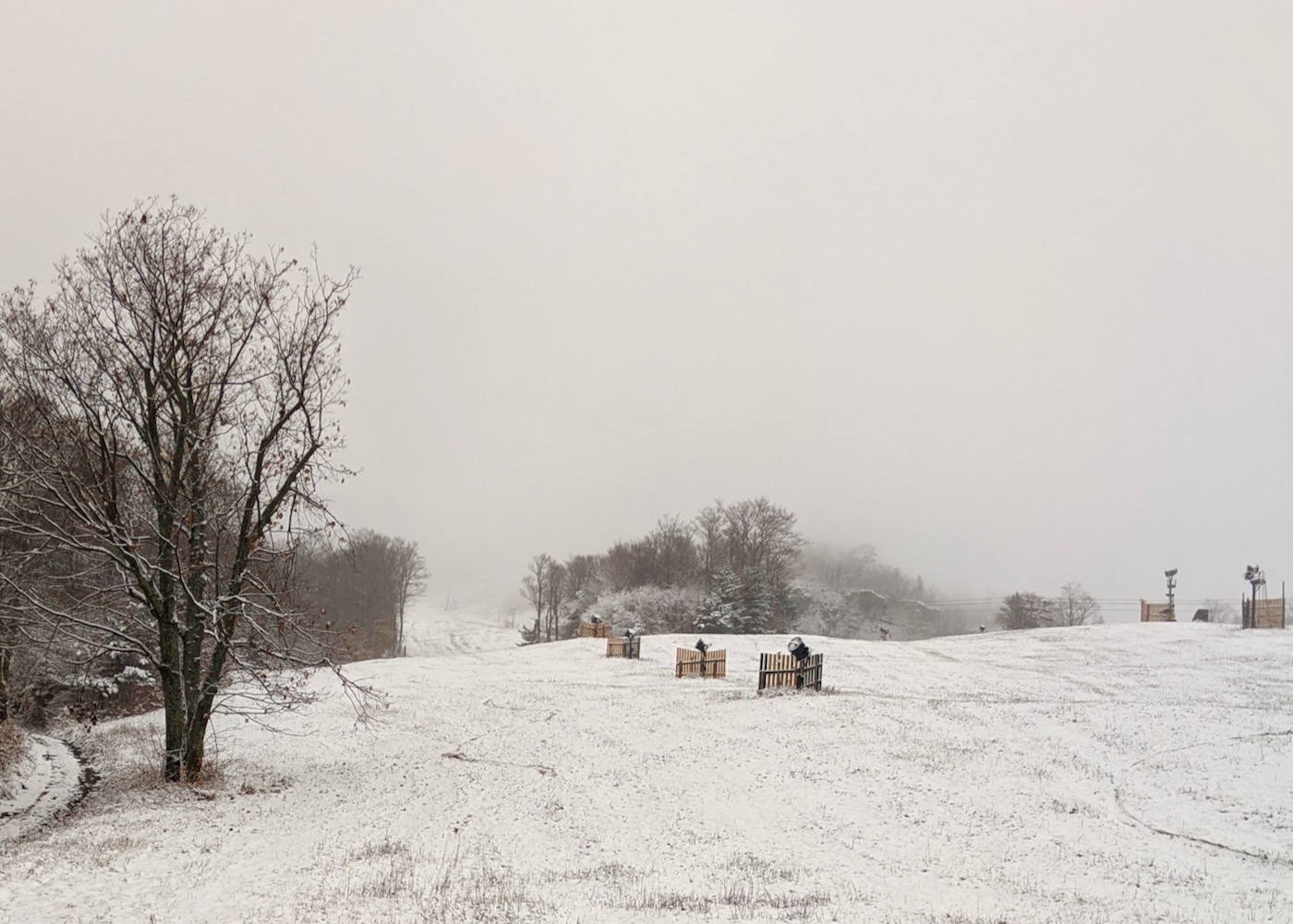 No one knows exactly what skiing will look like this season or how long it will last. My intention is to be patient, be flexible and most of all be present every chance I get to be on snow this year.

Editor’s Note: The new normal presents challenges for all of us, and NYSkiBlog is no exception. Parts of this piece have been crowdsourced. Thanks to Hunter Mountain, The Storm Skiing Journal and Alan Belsky for the images above.

11 comments on “Hunter: The Season Opens in NY”