Like the rest of the northeast, we’ve been patiently waiting for winter to arrive here in Western New York. We received our typical early season dump that puts a foot on the ground only to take it away a week or so later. Then we had a slow start with limited snow-making windows. 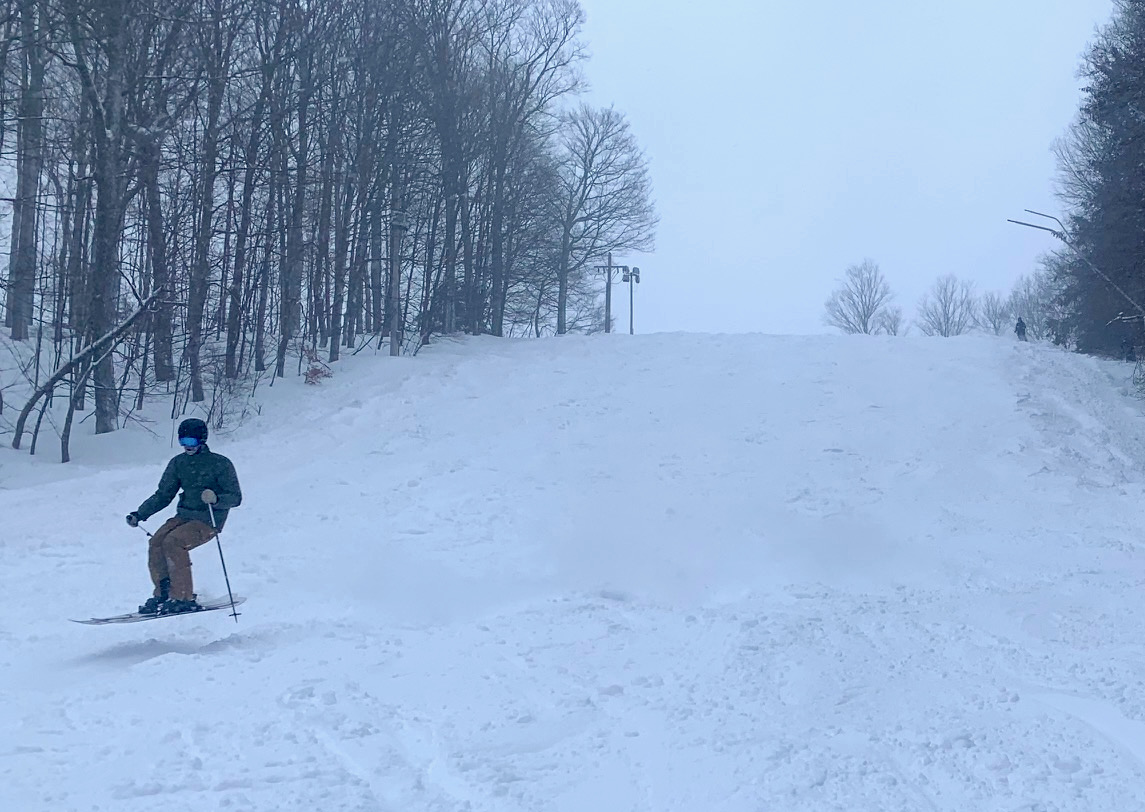 There have been moments where we thought it was on, a few small storms with a couple inches here and there. There was also the recent storm that dropped 20” in the Buffalo metro area but left the ski areas to the south high and dry. We were all waiting for the weather to send some classic WNY lake effect to the hills.

As most passionate skiers compulsively check the weather, we saw glimpses of winter storm Izzy coming into view about a week before lift off. The models looked good and anticipation began to grow for our first big “game-on” storm of the season. The snow started on Sunday afternoon and plans were made. 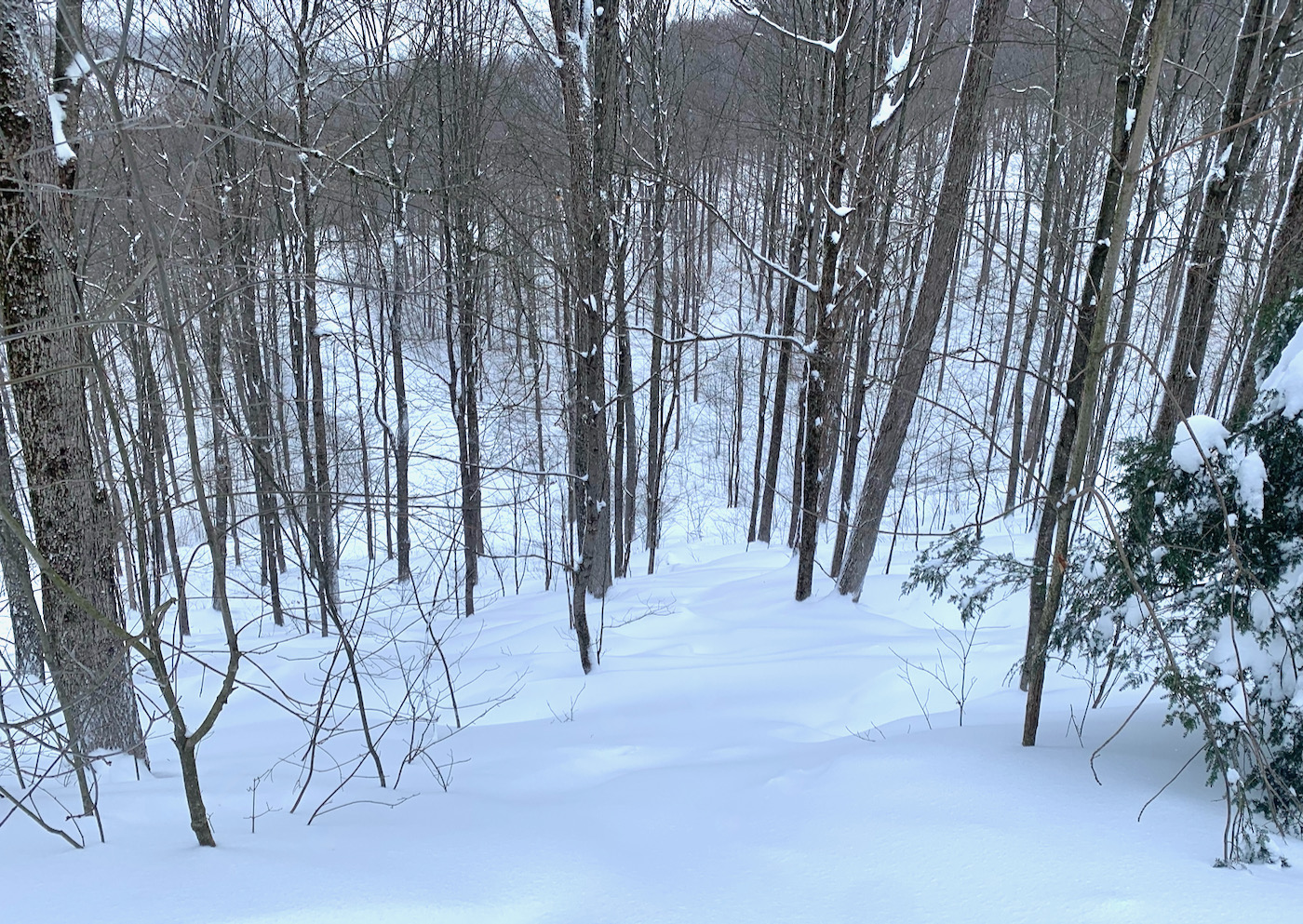 I woke up to 16” of heavy snow in my yard and a lot of clearing to do before we could make our way to the hill. One shovel didn’t make it out of alive, but the backup saved the day. About an hour later, we were on the road. There had been no plowing on side streets, but the highways were in surprisingly good shape. The drive was pretty stress free considering the size of the storm.

Ellicottville had gotten less than Buffalo, about 12” overnight, but it snowed heavily throughout the day. Holiday Valley was busy but not overwhelmed and everyone had a smile on their face. There were snowmaking whales all over the mountain covered in fresh snow with folks jumping all over the place. You could hear the hoots and hollers from the parking lot. 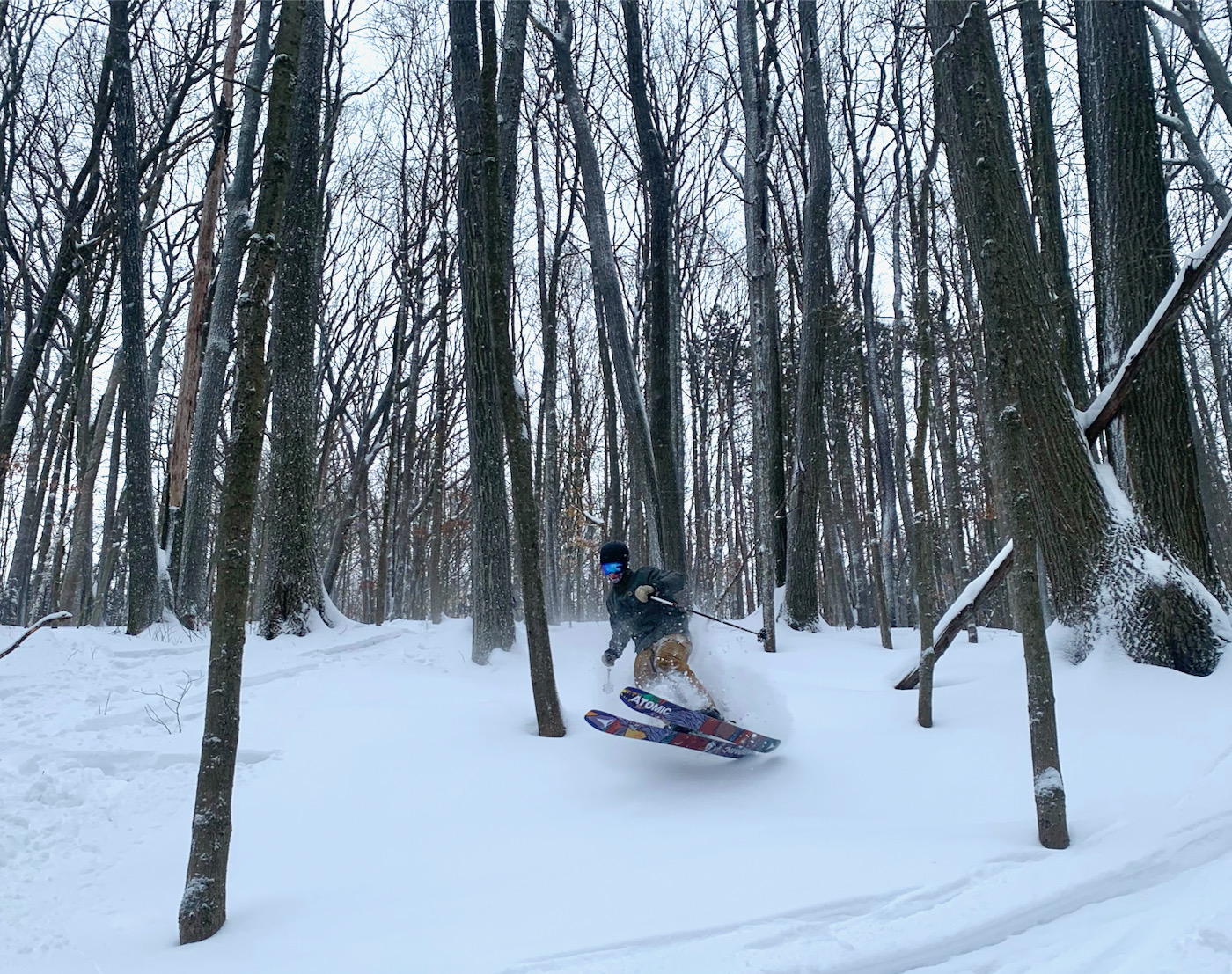 We went up Yodeler and down towards the Chute chair, sampling some of the steeper terrain available to make good use of the fresh snow. The snow fell warm and was fairly dense, but not overly heavy. It was supportive and kept you off the bottom, but still light enough to ski well.

After a few laps on Firecracker, Shadows, and Chute, we couldn’t resist testing our luck in the trees. The base was thin and not fully locked up, but with some careful attention to line choice, there were some fun lines to be skied. We spent the rest of the day checking out the known stashes and skiing party laps in the woods. 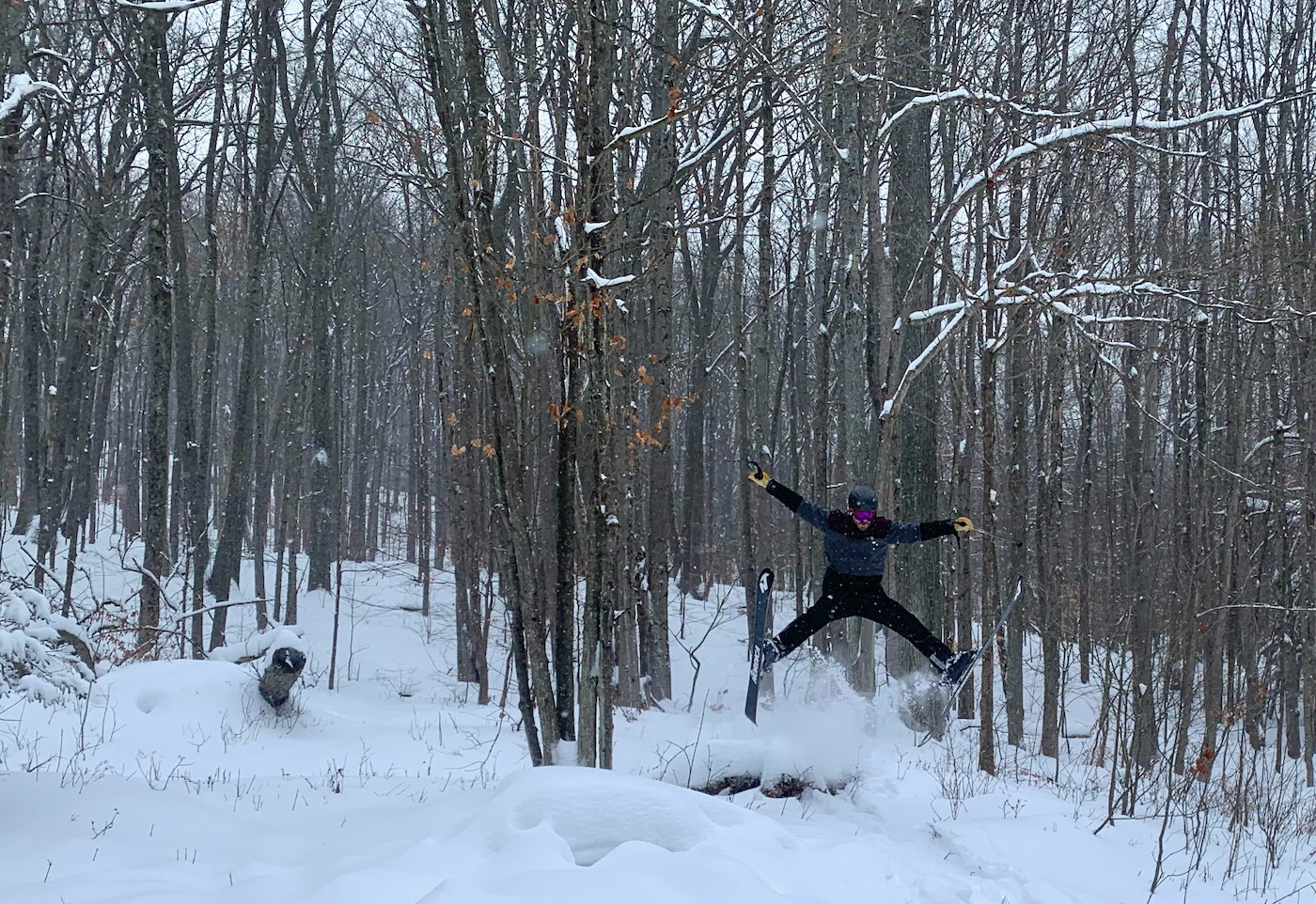 Holiday Valley has a lot of good tree skiing, and much of it isn’t marked. There are glades on the map, and if you know where to look, there’a fun tree-skiing to be had off of every chairlift. The high-speed chairs, especially the new Yodeler HSQ, make for a quick lap on steeper, north-facing, terrain.

We broke for lunch in my favorite fashion, with a small grill in the parking lot, sausages, and a few beers. Everyone we saw in the lot was excited about the fresh snow, both coming and going. Folks wrapping up their days had smiles and wanted to chat about the snow, their day skiing, and share general pleasantries about the fantastic upswing in conditions. 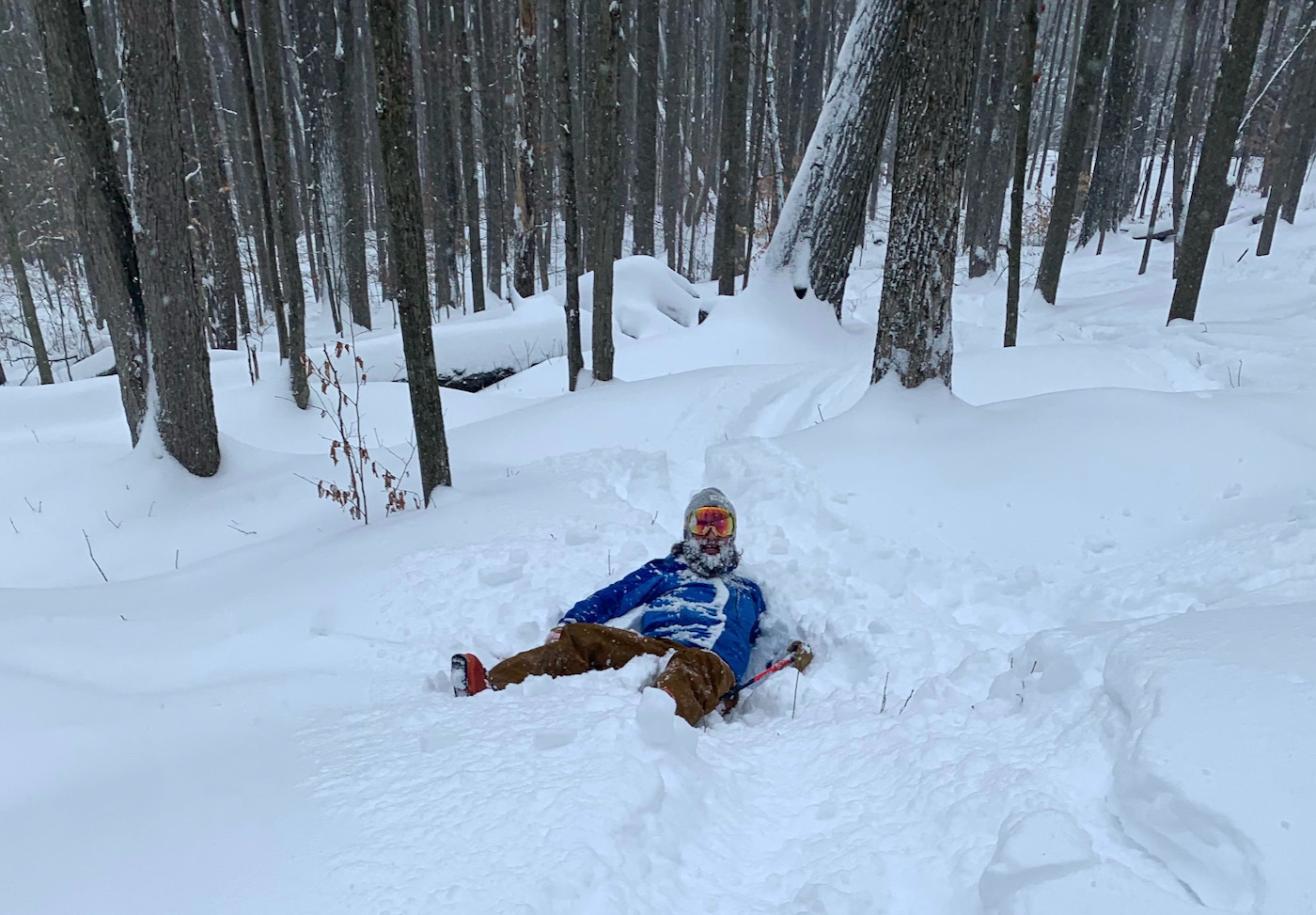 The first major changeover was happening and there were a bunch of excited folks making it out for the afternoon. The snow was still falling and it had been stacking up all day with pulses of heavy snow over a baseline of flurries. After we wrapped up lunch, we went back out for a few more laps until our legs were sufficiently zapped.

The named runs were bumping up nicely into soft piles and made for great lines to bop around and test those late-day, post-lunch legs. We did a little bit of exploration to see if some of the further traverses had gotten skied and finished up the day with some untracked in the woods with a few laps off of Yodeler before getting back to the car. Winter’s back in Western New York and it was worth the wait.

10 comments on “Holiday Valley: It Snowed Out West”