The storm that formed in the Gulf of Mexico on March 12, 1993 came to be known as “The Storm of the Century.”

It was an anomaly because of its intensity, size and far-reaching affects. At the peak of the storm, its stretched from Canada to Central America with its biggest impacts across the Eastern United States and Cuba. The storm was the result of three independent weather patterns that merged in the Gulf. 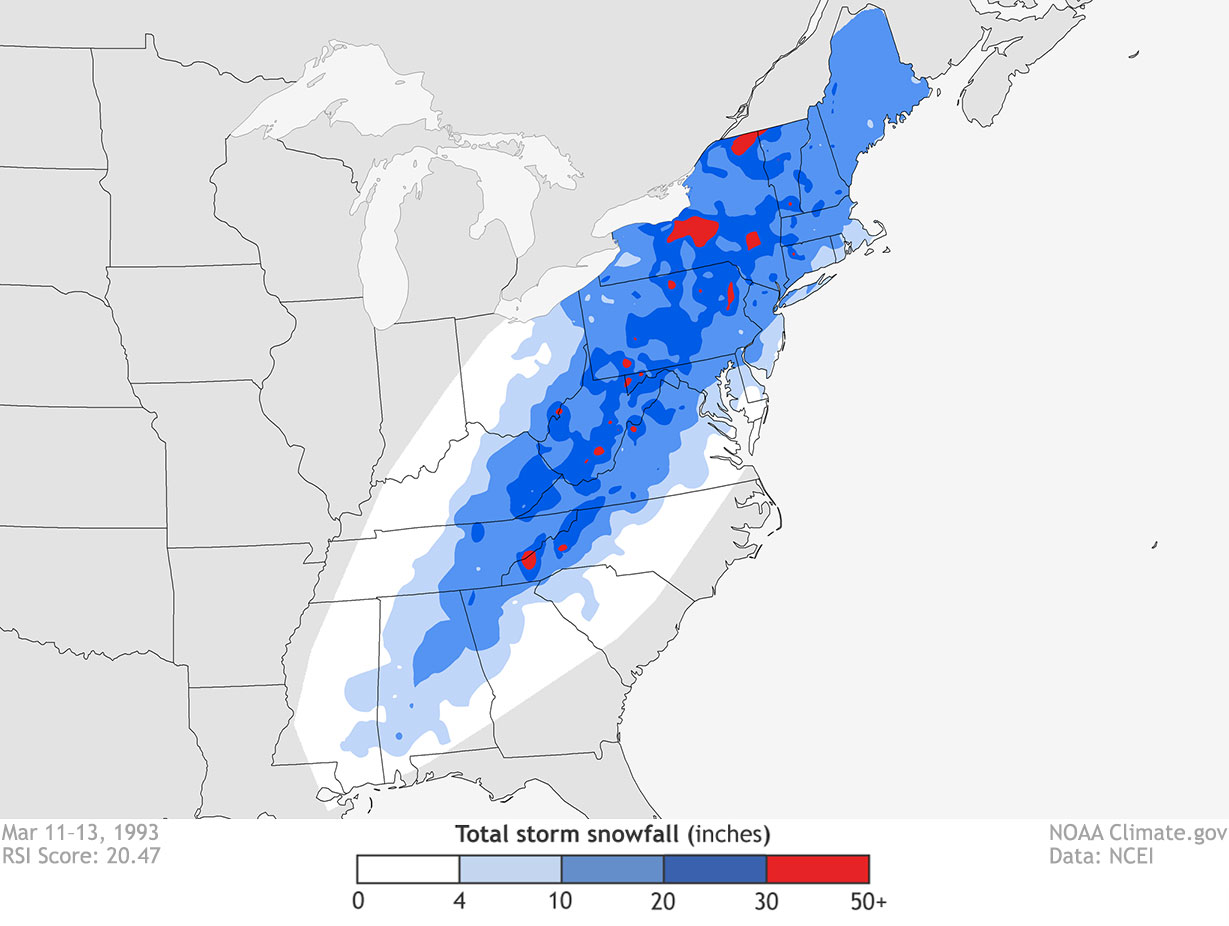 The development began when a blast of arctic air pushed down through the Plains into the Gulf of Mexico before moving back up the eastern seaboard. The storm system produced three days of heavy snowfall, rough seas, blizzards, coastal flooding, tornadoes and very cold temperatures.

It was dubbed a superstorm because it affected the entire eastern third of the U.S. There was a major severe weather event in the southeast, flooding and snow in the Mid-Atlantic states and blizzard conditions in the northeast.

As the intense low pressure moved out of the Gulf of Mexico and northward along the east coast, it dropped pressure to record levels at many locations along the eastern seaboard. Albany reported 28.68 inches of mercury, the fifth lowest pressure on record.

The storm dumped 26.6 inches at Albany, the 2nd greatest snowstorm on record in the capital. Other areas received as much as 40 inches, with Halcott Center reporting 40 inches and Prattsville coming in with 36 inches.

During the peak of the storm, snow was falling at the rate of 5 to 6 inches an hour in some locations. Strong winds compounded the problem as there was significant blowing and drifting, as well as structural damage. Travel was extremely difficult and a state of emergency was declared across most of eastern and central New York state.