Stowe Mountain Resort is near the town of Stowe in northern Vermont. It’s two separate mountains: Mount Mansfield and Spruce Peak. The lift-served vertical drop of Mount Mansfield is 2,360 feet, the fifth largest in New England and the fourth largest in Vermont. The Stowe trail map features 116 trails covering 40 miles and 485 acres terrain, some of it is among the most challenging in New England.

The average annual snowfall at the resort summit is approximately 314 inches.

Alpine skiing came to Vermont when the Civilian Conservation Corps (CCC) cut the first trails on Mount Mansfield in 1933. Mount Mansfield Ski Patrol, founded in 1934, is recognized as the oldest in the nation.

Stowe has historically been a skiers mountain. Sure, it’s ritsy and has all the nice hotels and restaurants and the lure and folklore of some sort of Vail East, but in the east, we lack one luxury that inevitably forces us all to step it up. And that is the fact that our weather can turn in an instant and you cannot always rely on the snow.

The key to Stowe, like many mountains, is to get up early. Get up there early and hit the good stuff when it’s available because if you don’t it’s gone.

The main thing is crowds and traffic on the mountain road. If you can beat that and you know where to ski it’s a great place to enjoy. In some ways the mountain is like New York City. Some people love it and other people get beaten by it. It’s a popular place with lots of people who want it all and are willing to pay the price.

Stowe has an excellent trail network that offers great snow making and grooming with cruisers for all levels of skier or snowboarder.

There are also great powder days and they can happen in every month but February and March seem to offer the best continuous skiing. Stowe is also known for great tree skiing and some stashes are less known than others. 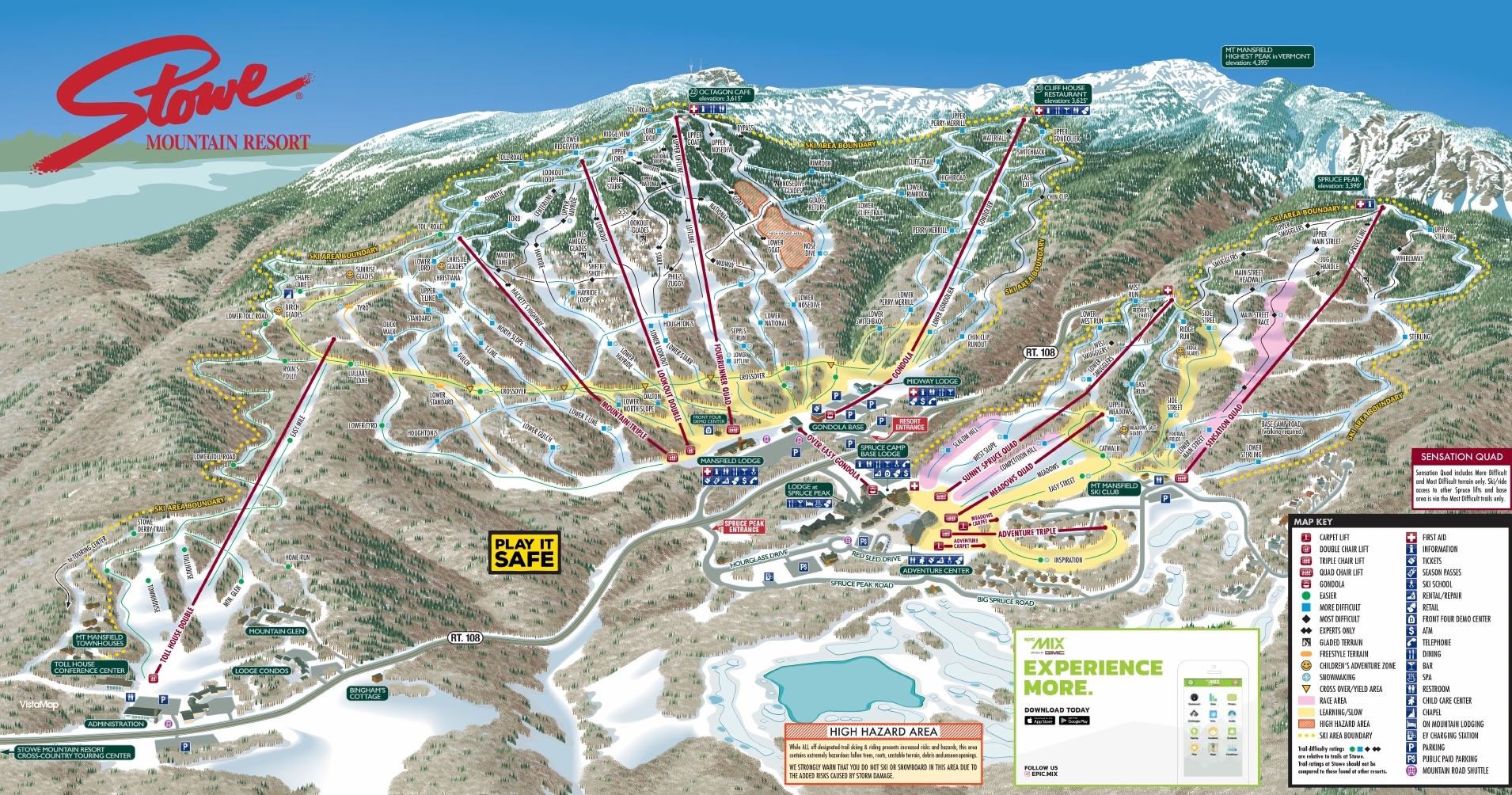