Petersburg Pass — on Route 2 along New York’s border with Massachusetts — was founded in 1962 by Francis Wilson and Gilbert Devy, two executives at the Sprague Electric Company in North Adams. Originally, the ski area operated with a Poma double on three trails. Later, another Poma lift was installed on a beginner slope at Petersburg Pass, visible on the lower left of the trail map. 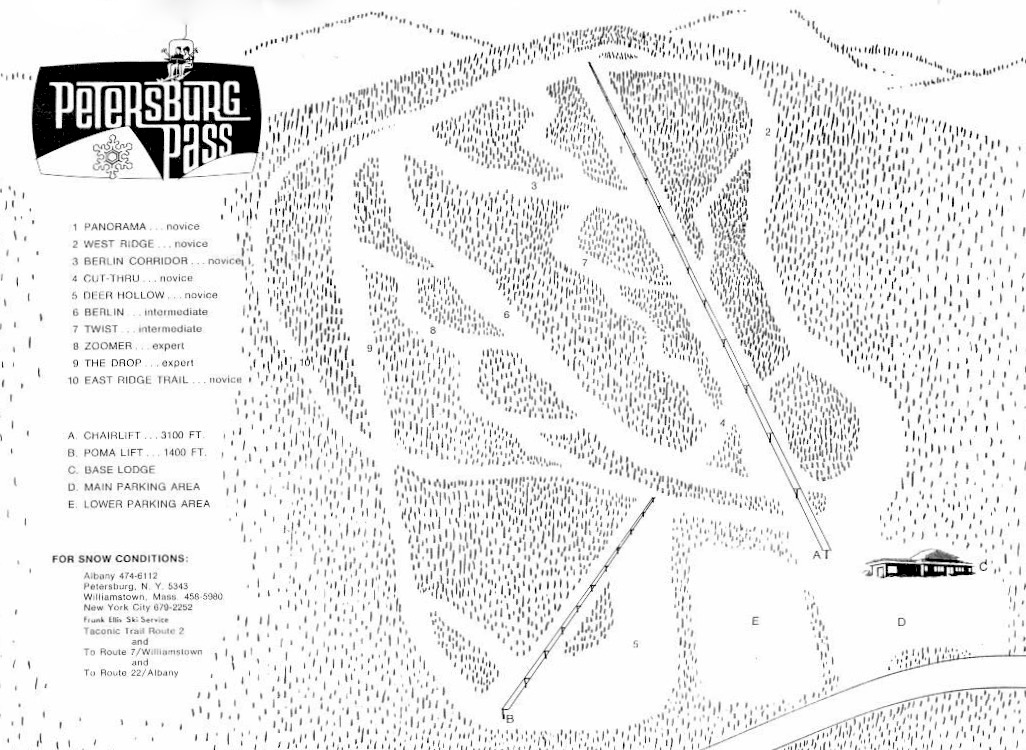 The ski area grew in the 1960’s adding several more trails. Many were beginner and intermediate, but a few provided experts with a challenge.

Petersburg Pass was sold in 1967 and closed again in 1969. The base lodge burned sometime in 1970. In 1972 a new owner bought the area and a new lodge was built. The area was renamed Taconic Trails, then Mount Raimer, after the new owner.

The ski area closed again in 1980 due to financial difficulties. In 1983, the double chair was sold and installed to serve the beginner terrain at Butternut. This lift is still in service today.

Mount Raimer is 2,572 foot peak in the Taconic Mountains. The west side and summit are located in New York; the east slopes lie within Massachusetts. The Taconic Crest Trail traverses the mountain. The upper slopes and summit are protected state land.