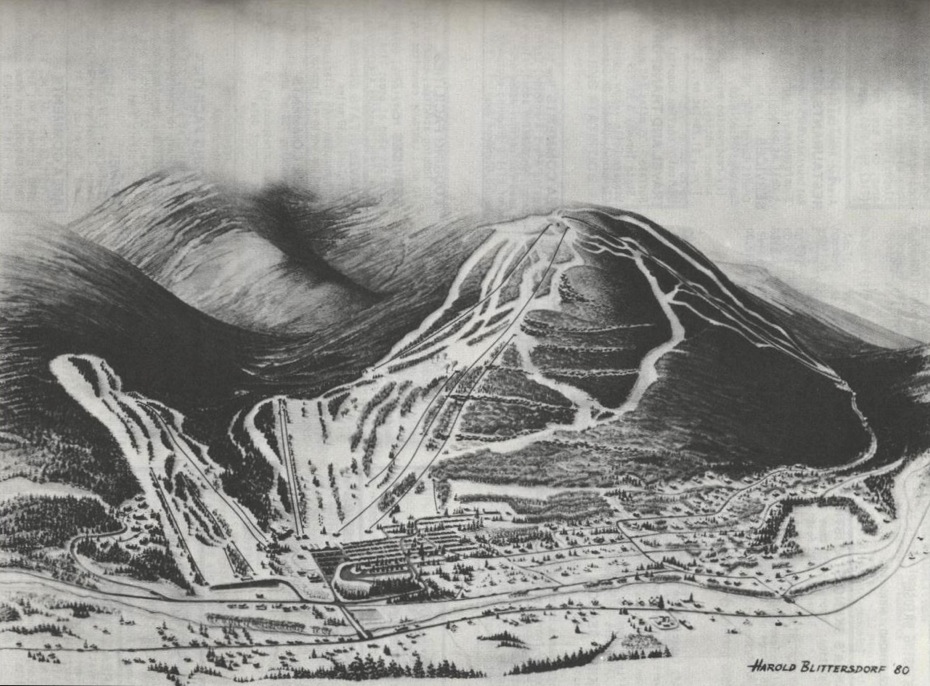 “In 1973, Harold Blittersdorf was commissioned by Bruce Belden of Pico Ski Area to do a water color painting of the ski area. After that he painted Okemo Mountain, then was commissioned by John Fry of Ski Magazine to do a series of paintings of ski areas around the country, including Mad River, Sugarbush, Glen Ellen, Stowe and Mt Ascutney in Vermont; Steamboat Springs, Colorado; Park City, Utah; Grey Rocks and Mount Tremblant in Quebec; Sugarloaf, Maine; Cannon Mountain, New Hampshire; and Hunter Mountain, New York.

These mountain paintings ran as two page spreads in the “Mountain Town” series in Ski Magazine. Harold’s painting of Whiteface Mountain and the town of Lake Placid, based on aerial photos he made from a Cessna piloted by his son John, was featured in the February 1980 issue of Ski Magazine for the 1980 Winter Olympics.”