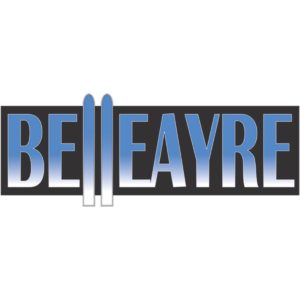 Belleayre Mountain is located in the western Catskills on Route 28 in Highmount, approximately 35 miles from Exit 19 (Kingston) on the New York State Thruway. Approximately 2.5 hours from New York City, Belleayre is popular with families from the NY/NJ/CT metropolitan region who enjoy its old-school setting and friendly, stress-free atmosphere — the polar opposite of what might be expected from a clientele of skiers predominantly from the urban tri-state area.

Spread out across a flat ridgeline with 171 acres of cut trails and a reported continuous vertical drop of 1,404 feet, Belleayre offers what many consider to be the premier novice terrain in New York State. Featuring their own dedicated lifts, the gentle, tree-lined trails on the lower mountain are completely separate from the upper mountain, ensuring that lower-level guests don’t have to worry about knocking heads with more experienced riders.

Another drawing point is the mountain’s ability to spread out crowds, making it a great option for weekend warriors trying to avoid lift lines. The key is to avoid the high-speed Super Chief quad during the middle part of the day and instead lap the Lift 7 triple or the Tomahawk quad, which are almost always ski-on, even on non-holiday Saturdays. Moreover, the trails between those two upper-mountain lifts are frequently deserted.

Belleayre is highly rated by ski instructors, who praise it as an excellent teaching mountain because the terrain allows them to gradually introduce new challenges without a noticeable jump in difficulty. It’s also commended for providing a wide variety of moguls, not only steep ones at the top, but also beginner and intermediate-level bumps further down.

The ski area is far less popular among expert skiers, who complain that most of the trails on the upper mountain are very similar — a short steep drop at the top followed by blue-square runouts back to the lift — and that the usable vertical drop for that terrain, served by the aforementioned Lift 7 and the Tomahawk chair, is less than 1,000 feet. On the other hand, Belleayre’s glade skiing — at the east end (Cathedral Brook), the west end (alongside the Dot Nebel trail), and in between cut trails — is underrated. Because the mountain doesn’t attract many aggressive skiers and riders, tree aficionados can go about their business with zero competition, even during peak periods.

Belleayre averages a little more than 140 inches of snow annually and usually receives a handful of lake-effect storms every season that dump most of their load on the western Catskills while ski areas to the east often get far less. With end-to-end snowmaking and attentive grooming, Belleayre provides what many believe to be the most consistent conditions in the Catskills.

In 2017 the Catskill Thunder gondola opened bringing new possibilities to the mountain. The 8-person high speed gondola delivers passengers 1,350 vertical feet from the base in 7 minutes. It’s summit terminal is positioned on the western end of the ridge, it is designed to provide access to the long talked about Highmount expansion. The new gondola facilitates access to the mountain for the disabled and in the summer months it is used for scenic rides.

The two main lodges, Discovery on the lower mountain and the atmospheric Overlook at mid-mountain, handle crowds well on many weekends, and get cramped only during holiday periods. Overlook Lodge features a comfortable bar with a nice selection of beer and during the spring, the wooden deck next to the bar transforms into an enjoyable outdoor party scene with barbeque, drinks, and music. 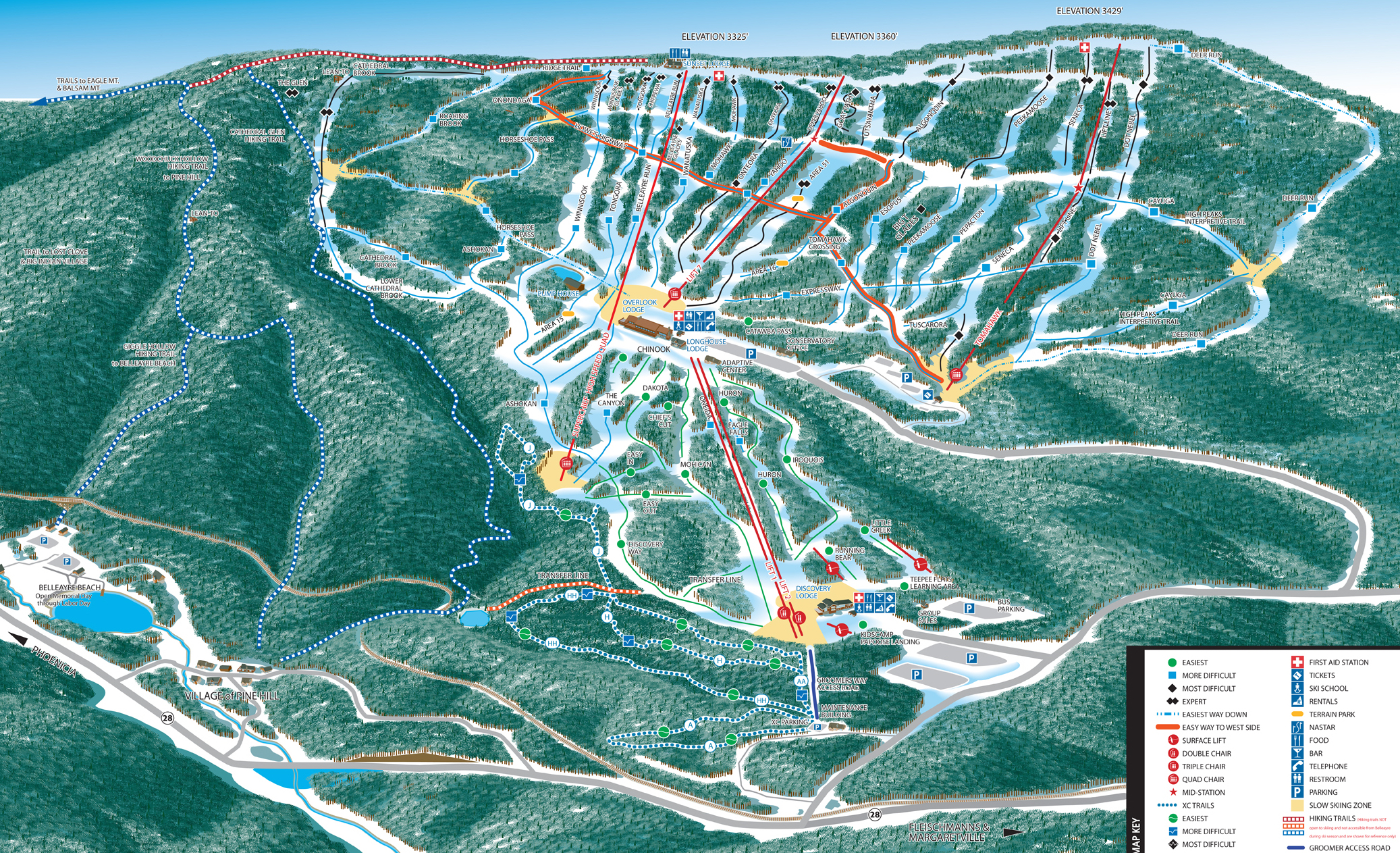