Big Tupper was a town-owned and operated ski that offered no frills skiing in Tupper Lake New York. The ski area offered 1,150 feet of vertical and 25 trails with beginner to expert-only terrain. The mountain was an important part of the town from the time it was was built in 1960, until it was sold in 1987.

The ski area changed hands a few times before it was sold to Preserve Associates LLC, who purchased the ski area in the early 2000s. While there have been promises to re-open Big Tupper, aside from a volunteer effort that struggled, those promises have gone unfulfilled.

Preserve Associates has struggled financially and have unfortunately sold off almost all of the snowmaking infrastructure.  It’s fair to say that the hill remains part of the hopes and dreams of the local community, even though the chances for a rebirth seem slim.

Big Tupper last operated on February 16, 2015, after a significant lift rollback shutdown the area for the season.

To contribute to the NY Ski Directory Profile of Big Tupper Ski Area, please email us. 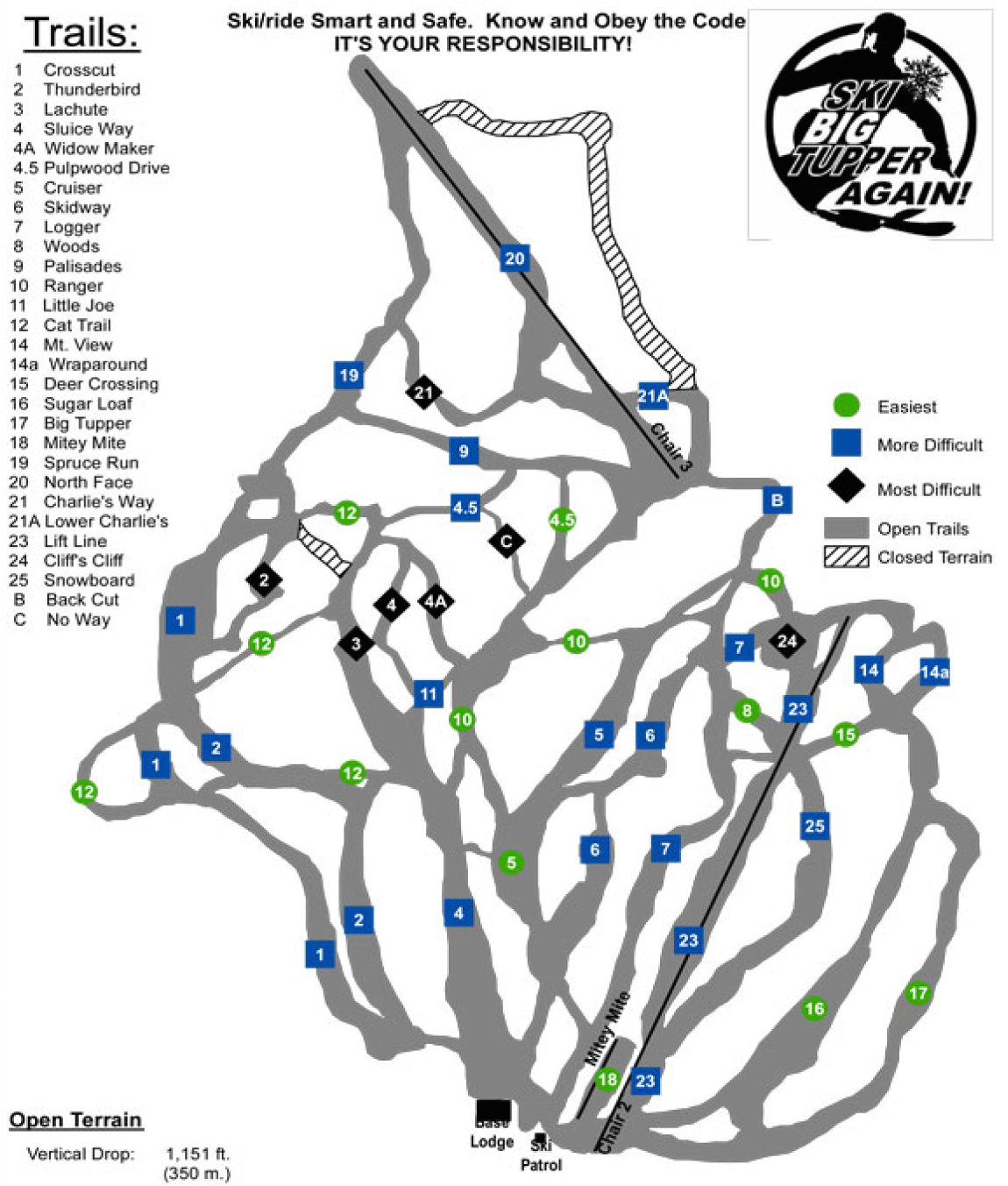