“There’s gold in those hills!” As I pulled into the parking lot for Camel’s Hump state park, it was evident that fall was upon us. Autumn is a magic time of year in the Northeast. The days get shorter quickly, so it’s important to squeeze every drop of life and light from the sun. 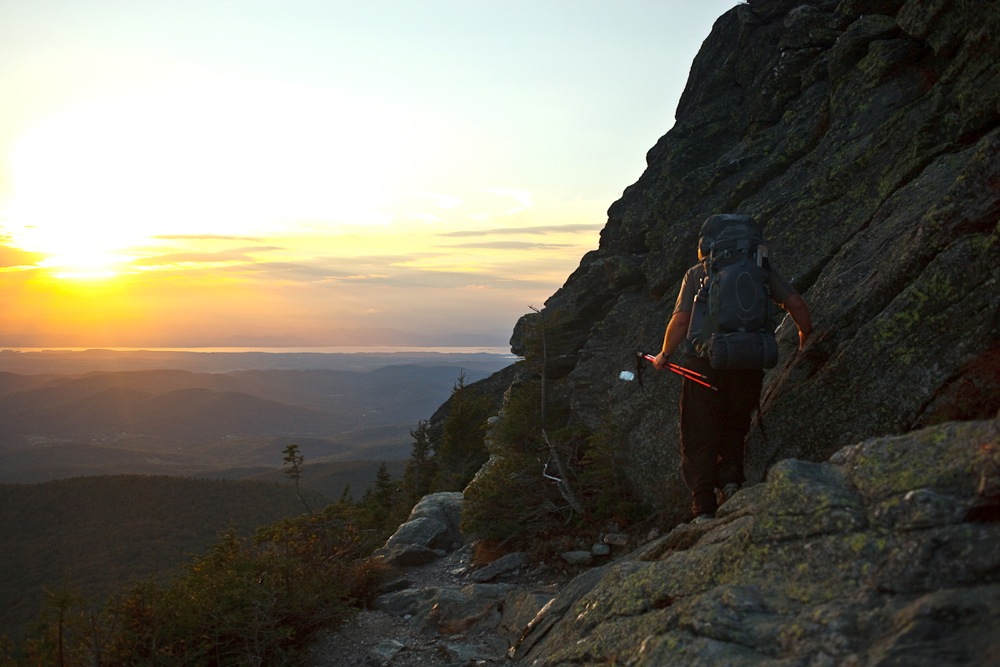 We knew in advance that there are two trails on the West side of Camel’s Hump to attain the Long Trail, the Forest City and the Burroughs. We saw no one parked at the lower elevation Forest City parking lot, but we did notice a few cars coming down from the Burroughs lot.

Despite our late arrival, we branded the higher elevation parkers as “cheaters” and hit the trail from Forest City. A huge rain storm earlier in the week had replenished the rivers and soaked the landscape bringing the lower elevation greenery back into full summer mode. It made traveling on the foot bridges over mini-gorges pretty fine. 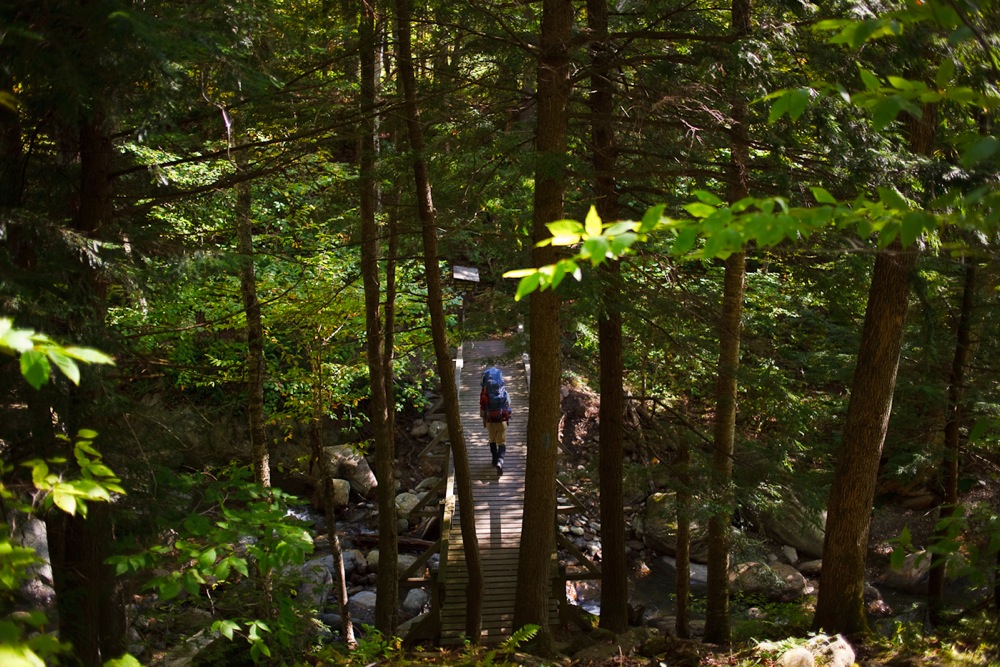 The Bamforth Ridge shelter on the northern side of the peak was our first destination, and as evening approached, groups of descending hikers stopped to ask us if we were thru-hikers as well. In some cases, our packs for a 4-day trip were bigger than theirs as they’d figured out what to ditch by mile 70. Many wanted to talk about skiing: it seemed like this was a warm up for winter for many people. 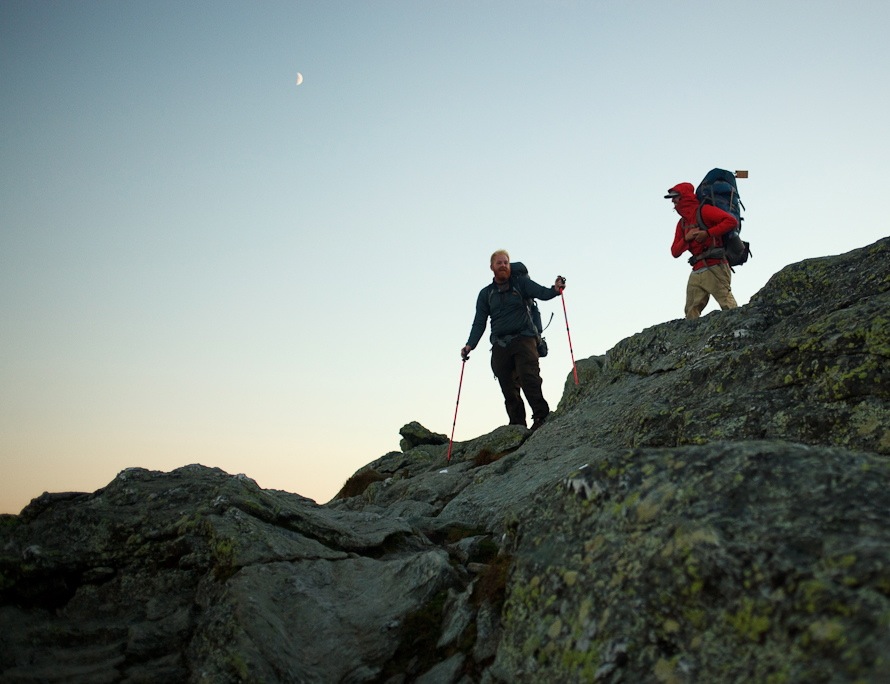 Unlike the Appalachian Trail, which is almost impossible to thru-hike unless you’re young or retired, the thru-hikers we met were of all ages, just lucky people who were able to get a few weeks off of work. Flowing from Quebec to Massachusetts along the Green Mountain spine, the Long Trail’s 272 miles are an epic trip that’s within reach. 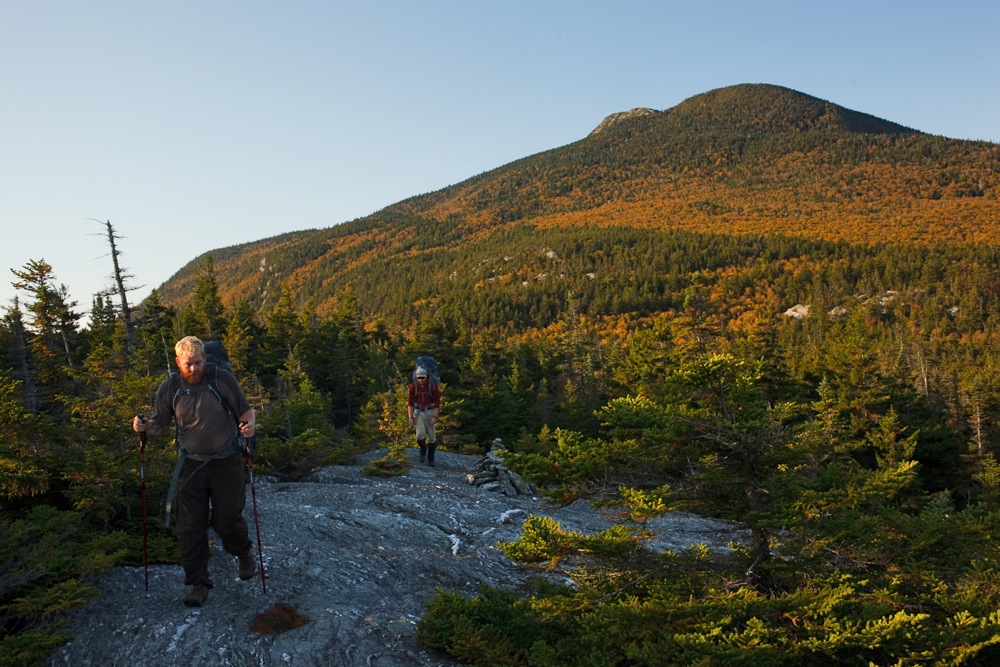 On this day the warm sunset and scenery compelled us to the summit. One of the best parts of being on this section of trail are the never-ending views of Lake Champlain and the Adirondacks to the west. The leaves were turning as we gained vert, and soon we were in awe of the immense valleys. We faced a lot of wind and on the treeless summit, wind speeds approached 40 mph or more. However, we had all prepared an extra layer before leaving the canopy, a wise habit I learned from ski touring years ago. 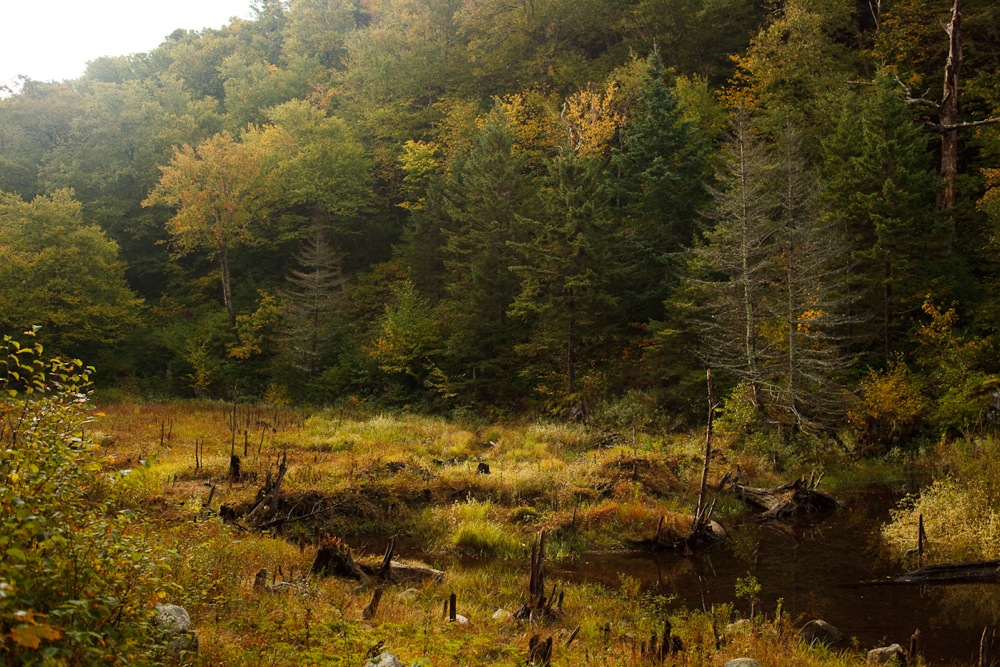 The Camel’s Hump summit was both beautiful and intimidating. We stood in the face of the wind, miles from shelter, despite the imminent sunset. We were tremendously late, but we had an epic sunset to ourselves. It was a unique experience for me as I normally plan to be done with hiking long before dark. I honestly had no idea what I was missing. 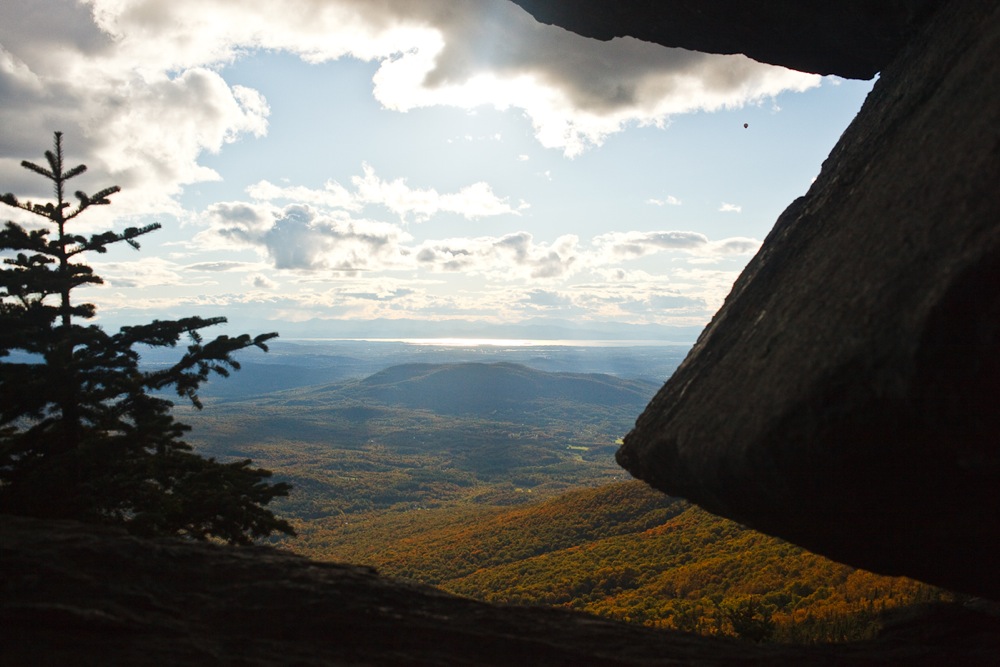 Unfortunately, there was a price for the spectacle; descending the steep flank by headlamp was difficult. I couldn’t help but to surmise that in winter, with snow cover, it would have been easier to follow the trail down.  After some searching, we found a prime camping spot on the shoulder in a flat ledge where we could cook and bivy up. 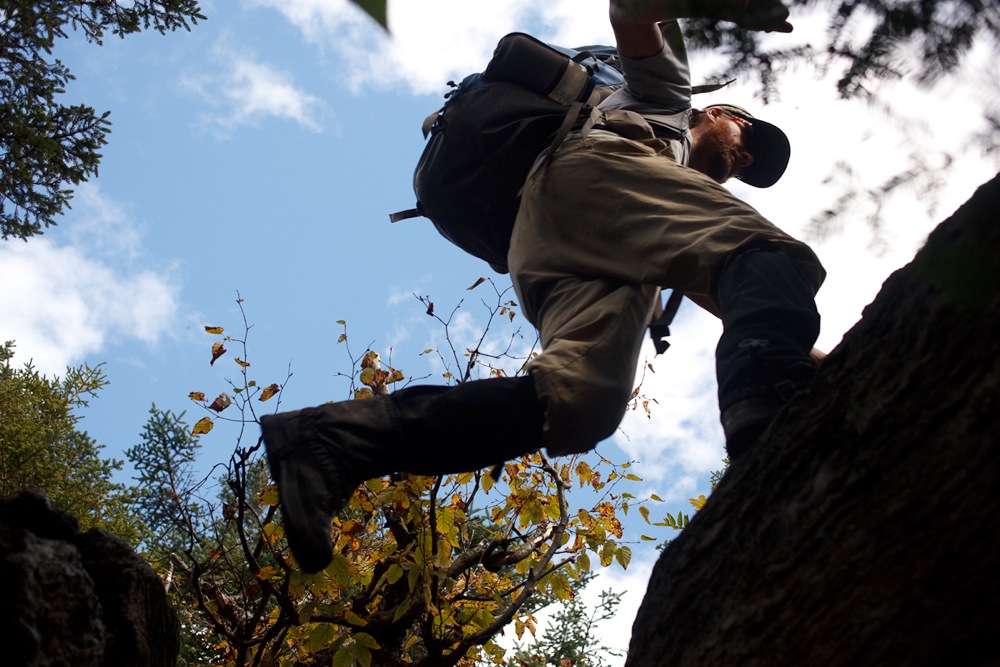 After a terrific morning under the stars, I called a Vermont friend with a request for a car assist. Bolton Valley is known for some of the tamer in-bounds skiing in Northern Vermont, but the Bolton Mountain presents a goliath obstacle.  I wanted to get ahead of it so our party could enjoy traversing the Nebraska Notch and Mt Mansfield farther to the north. 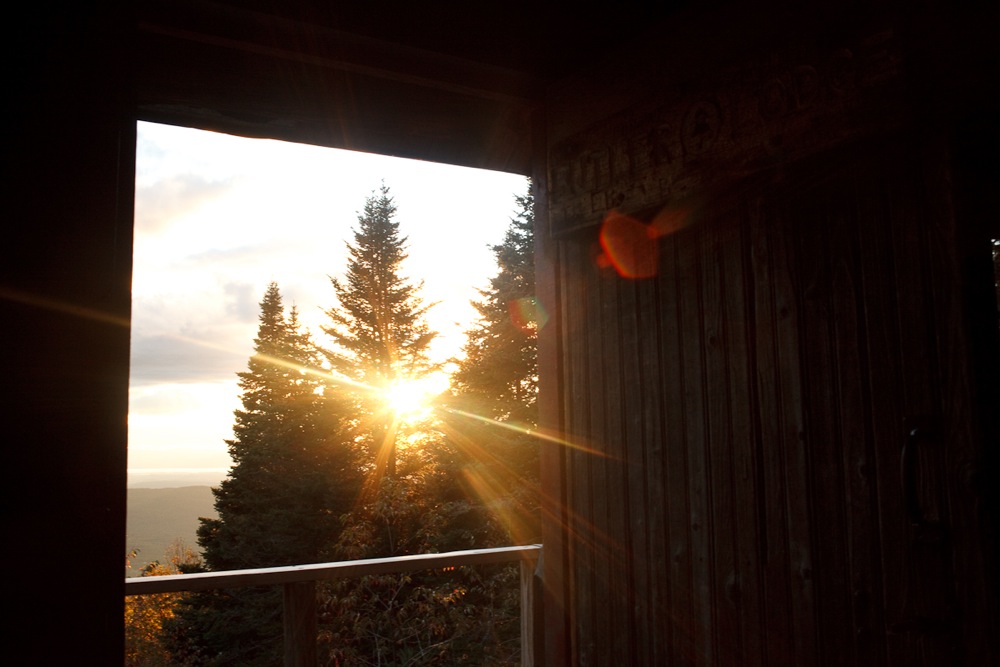 It’s always a great feeling hiking, being outside and getting exercise. Views and like-minded company kick things up a notch. By throwing the our schedule and shelters to the wind, I got something even greater from the adventure. And I don’t think it’d be too much to call it life or freedom.

5 comments on “High Life on the Long Trail”