If having condescending thoughts like “youth is wasted on the young” makes you a grownup, then I think I might be more mature than Matthew McConaughey’s seminal character in Dazed and Confused. Maybe the 90s movie reference makes me even older. 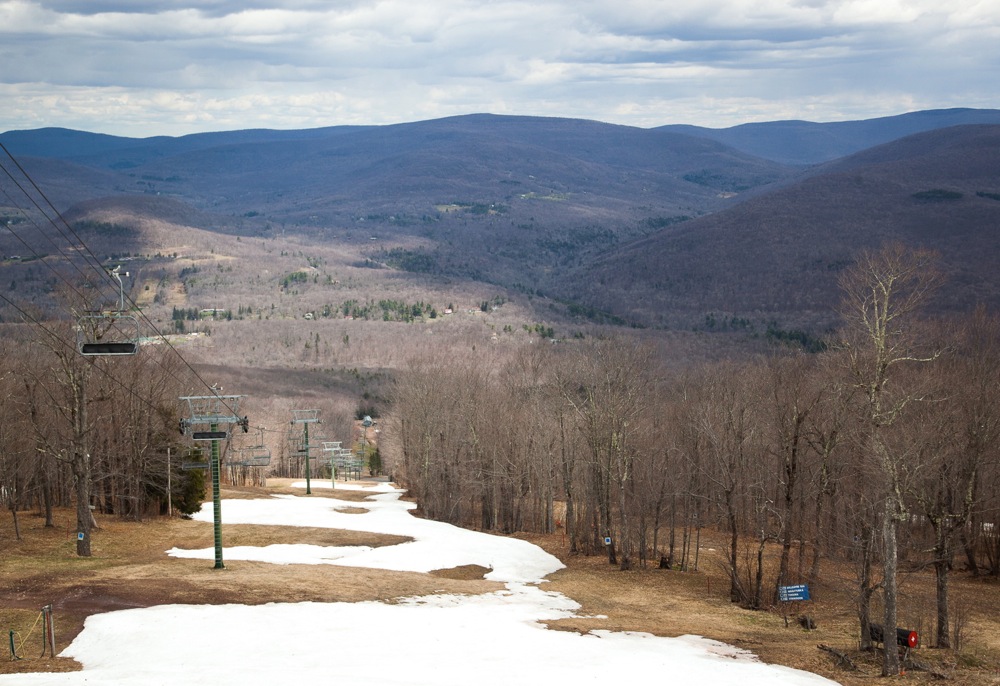 Regardless, more than a lack of money or energy, what I miss most about that golden era is the amount of free time I used to have. It seems everyone I know is always busy. I’m not the only one who didn’t get 50 ski days this year.

After watching the last month slip away without adding one ski day to my 2013-2014 ski season, the weather and my life finally aligned for me to enjoy the world away from the cold glow of my computer screen. 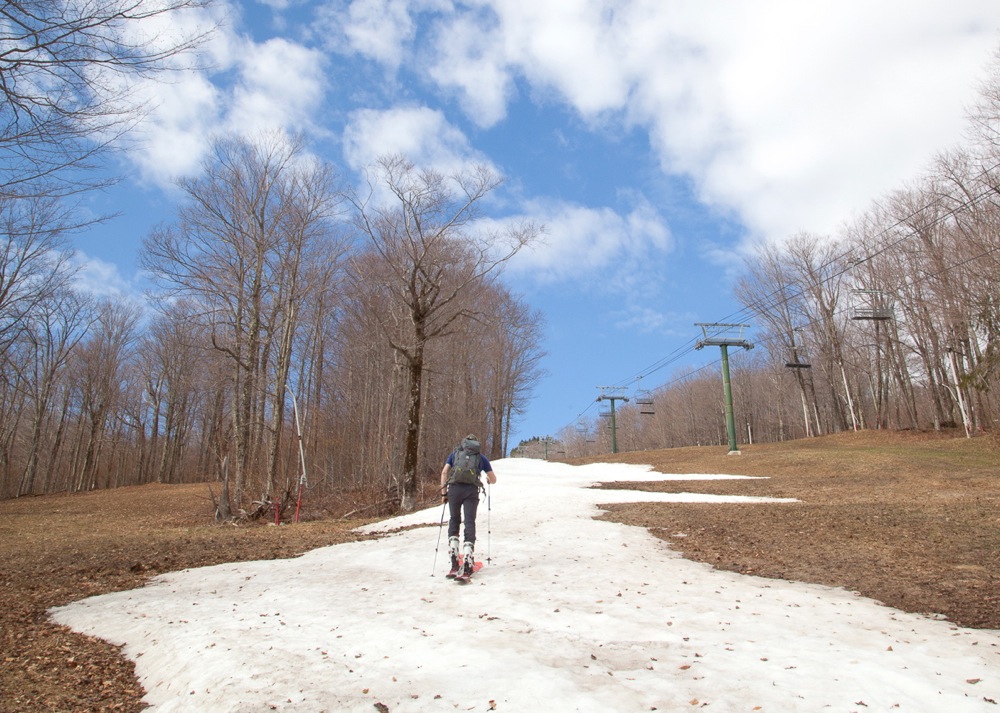 Temps in the 50s with good sun, and facebook photos of some decent patches of snow near the summit of Belleayre had me to scrambling to find a partner.

Plans came together at 1:30am plans for a multi-part Catskill adventure. Skis, climbing gear, and a few life errands loaded into the trunk, we set out in the early dawn light to try to chase some late spring turns. 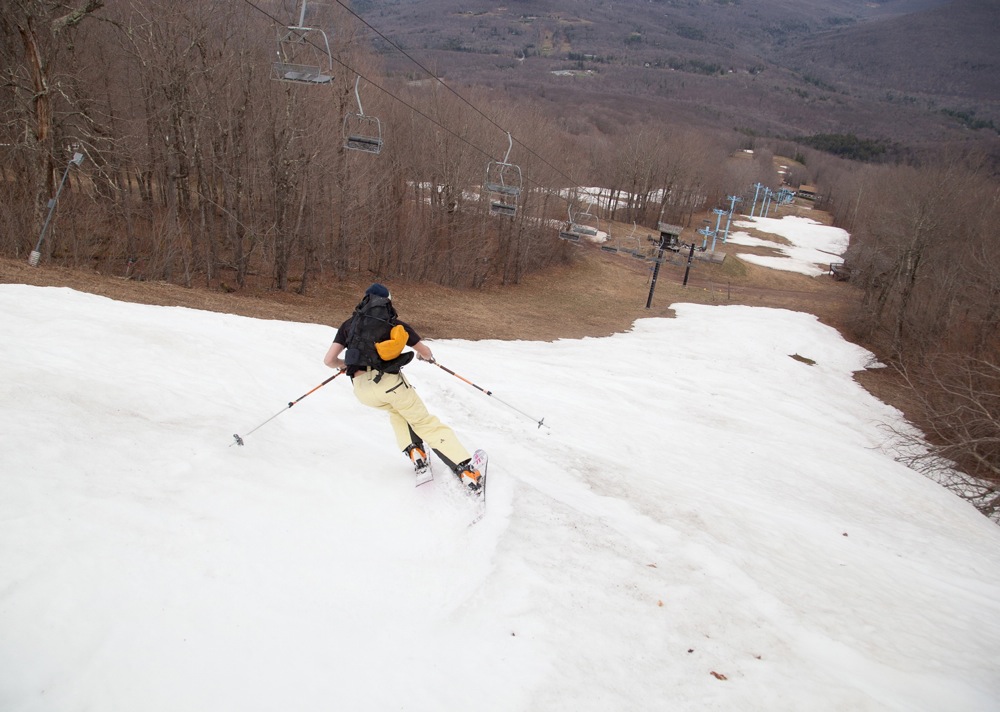 Approaching the hill by the Belleayre lake, we could see gleaming patches on each of the upper mountains diamonds.

Dot Nebel was broken into smaller patches than I would have liked, but ORDA’s latest addition was showing character that few other mountains possess, the ability to really hold snow late into spring. Of course, the ability to hold snow was present all winter long, like on my trip where I expected little after a terrible start and found the mountain pleasantly close to 100% open. 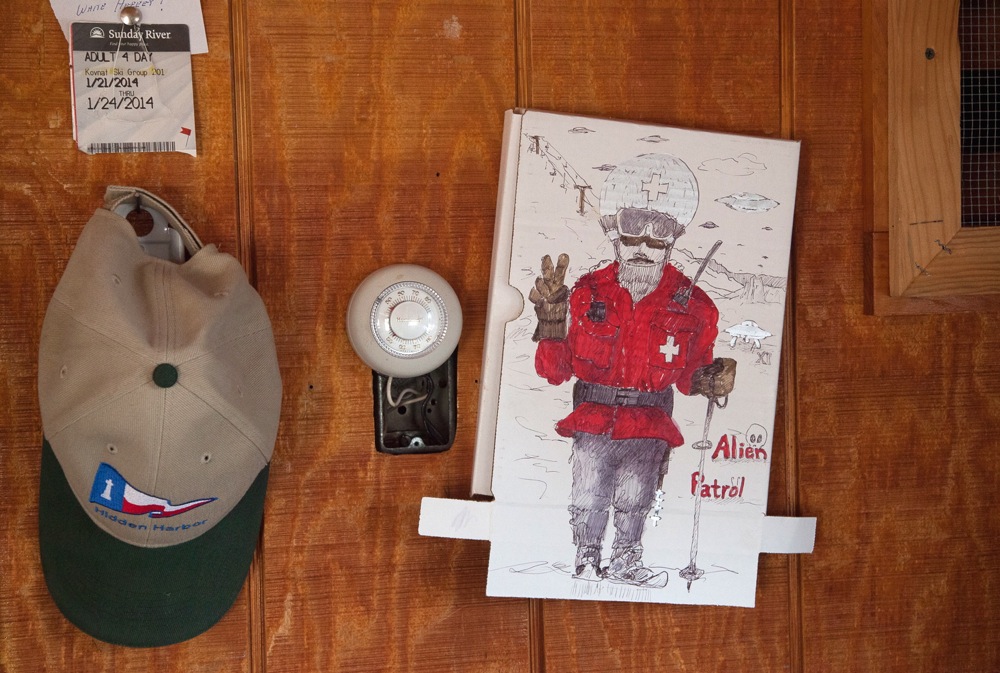 Even if there was no snow or skiing, I’d have been grateful for the view from the top. The Catskills are coming into bloom with wild flowers and forsythia blossoming before the leaves can.

We did ski though, and it was pretty glorious. I’m not an experienced world traveler, so it’s hard for me to believe that any region could have better corn than the Northeastern US. The slopes were firm and supportive under a healthy layer that would just peel away with each turn. 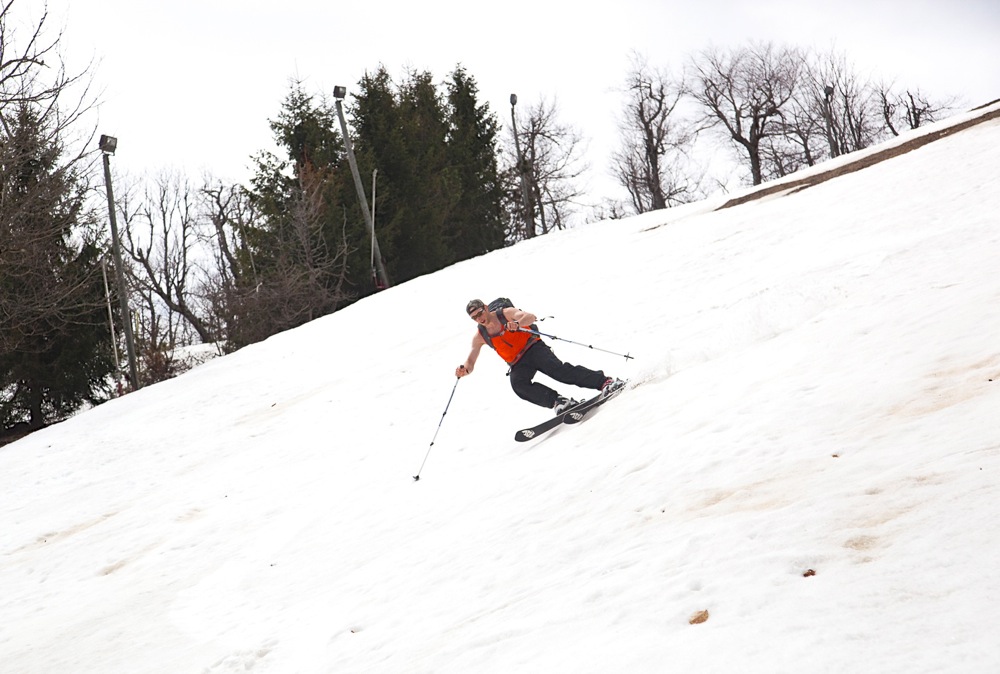 Yahoo was the pick of the day, but Belleayre Run was almost top-to-bottom so we spent most of our time there  breezing over the short and grassy portage to get to the final patch that ended just short of the parking lot. Connecting the dots was a bit of a challenge, but not as difficult as imaging not skiing again until October.

More on the rest of my day another time. And please don’t tell my parents I’m getting old.