In the four years since we posted an interview with Russ LaChapelle, about the Catskills’ enigmatic Bearpen Mountain — the one that got away — that article has become far and away NY Ski Magazine’s most popular, both in page views and comments. 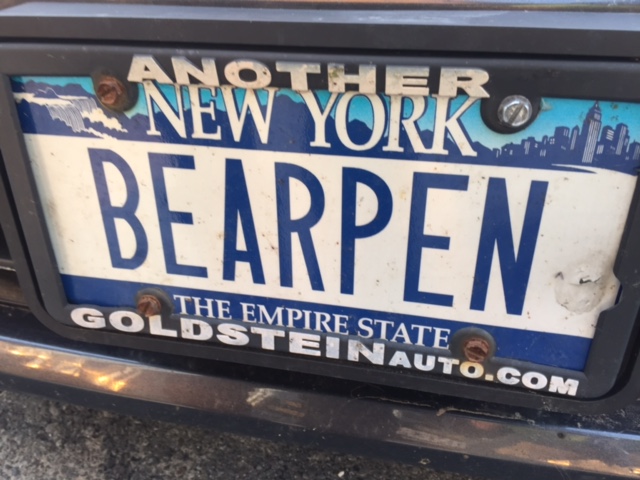 Between my conversations with Russ, his many forum posts on the Snowjournal website, a feature article on his Lost New York website, and a 2014 trip report from Matt Lucas here on NYSB, I felt like I already knew Bearpen even though I’d never been there.

The closest that I’d ever come to the former Princeton Ski Bowl was seeing it from afar while at other Catskill ski areas, after which I’d always post photos in trip reports captioned with “Bearpen Mountain In The Distance.”

Driving west on Route 23 to Shandaken and then Route 42 due north on a perfect sunny day with low humidity, all of the restaurants were filled with cars; the villages were humming with holiday-weekend activity; and there were lots of people out road biking. The Catskills came off as alive and healthy rather than an economic hardship zone, which is how the region often feels during winter.

In addition to being my first visit to Bearpen, this was also my debut appearance at an organized lost-ski-area hike. I was the first person at the appointed meeting spot, the Prattsville Diner, and was joined a few minutes later by the two foremost experts on defunct northeastern ski areas: Russ and Jeremy Davis (founder of the popular NELSAP website and author of several books on the subject).

Finally, the guests of honor, Dr. Ben Lane (Bearpen ski area’s founder and president, 83 years old) and his brother Ken (vice president, 87 years old), arrived. One of the hike organizers had mentioned that we wouldn’t have to worry about them slowing us down on the almost 2,000-vertical-foot hike, which turned out to be the understatement of the year. It was clear that both of them had the energy, endurance, and acuity of people half their age.

While chatting with Ben on the way up, whenever he mentioned key dates in the Bearpen timeline (all from the mid- to late-1950s), I had to keep reminding myself that the gentleman hiking next to me was more than three decades my senior.

We first stopped at the parking lot on Route 2 (from which “jitneys” would transport skiers to the mountain) and admired Bearpen’s sweep.

Ben showed us the grips that skiers attached to their poles for rides up what was reportedly the longest rope tow in North America. It was clear that these wouldn’t work with today’s lightweight poles. 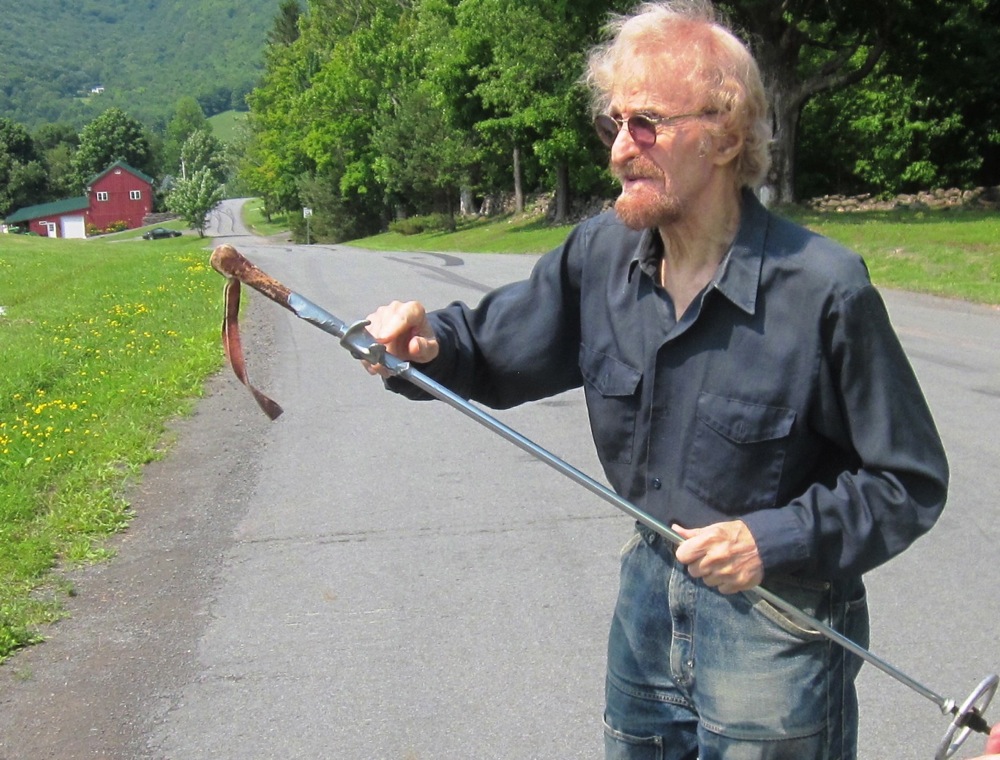 On the hike up, I managed to pepper Ben with a number of questions; some of which received unexpected replies:

At what point did it become clear that Percy Goff was the bad guy in the Bearpen story?

“Percy wasn’t a bad guy; let’s say that he was an unpopular guy! Whenever I contested things he was doing, he correctly reminded me that his actions were permissible by the law. In fact, over the years, my mother actually got to like him!”

During Bearpen’s years of operation, were you able to break even?

“We were well ahead of breaking even on operating expenses, but we never made back our overall investment.”

How did you groom the mountain back then?

“Grooming was done by hand, or more accurately, by foot. Our employees boot packed the trails after fresh snow.”

What was your biggest turnout for a single ski day?

Russ gave me a quick but expert ATV tour of the summit area and pointed out the numerous trails that he’d tirelessly cleared since the early 00s. Some had experienced extensive regrowth; while others were in the initial stages of growing in and choked with blackberry bushes.

Comparing photos from when the trails were completely clean of trees and populated by happy skiers to the virtual jungle that’s reestablished itself today is a classic bittersweet emotion when visiting a lost ski area. Throughout the day, it was hard not to be humbled by how quickly Mother Nature takes over when left to her own devices.

It was fascinating to be led on a tour of Bearpen by two generations of stewards: the Lanes, who envisioned the ski area and brought it to life, and Russ LaChapelle, whose passion and knowledge of seemingly every square inch of the mountain informed the entire day.

While walking back to the car, I thought about how many times, while visiting a lost ski area, I said to myself, “Wow, I have so many questions – if only I could make the original owners magically reappear for a couple hours and show me around.” On that day, our entire group got that wish. Knowing that this kind of opportunity may never happen again made it even more unique and valuable.