Most people in New Jersey are familiar with the legend of Action Park. Even those too young to remember have heard the stories. 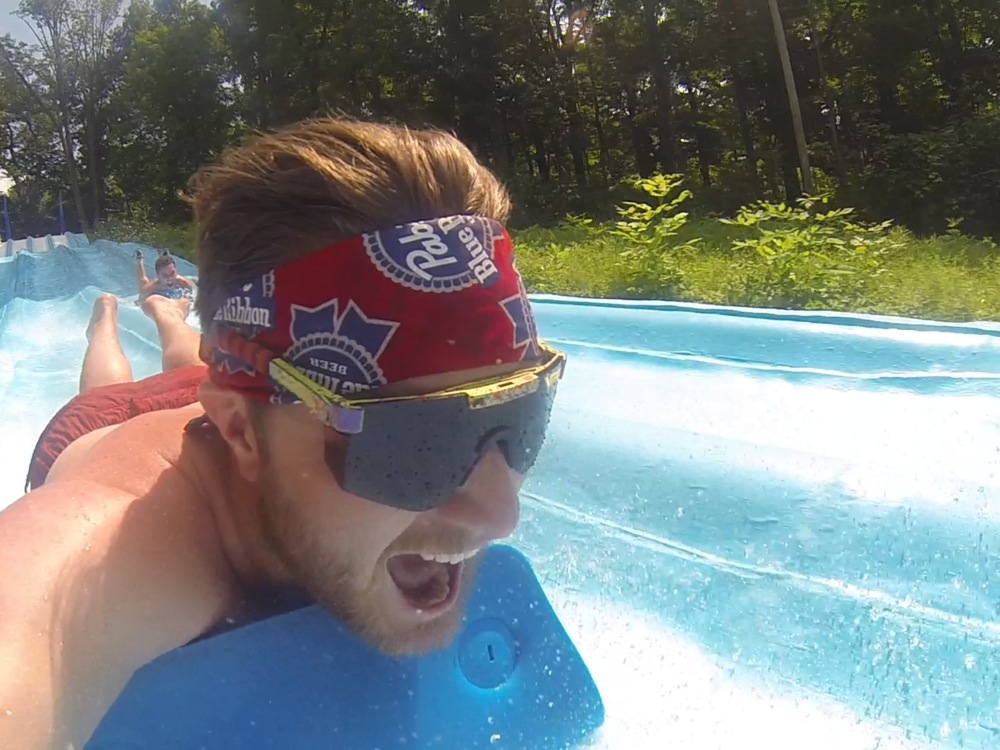 The drownings, the broken bones, and in one case electrocutions that marred the park’s reputation and left it buried in litigation until it was forced to close down in 1996. This summer the park found a way to reopen.

We drove to Vernon early last Saturday with a plan to arrive as soon as they opened and cover as much as the park as possible. We reached the compound just after ten to find the parking lot empty save for two teenage attendants and the old familiar rainbow banner from the 90s. Parking is six dollars. 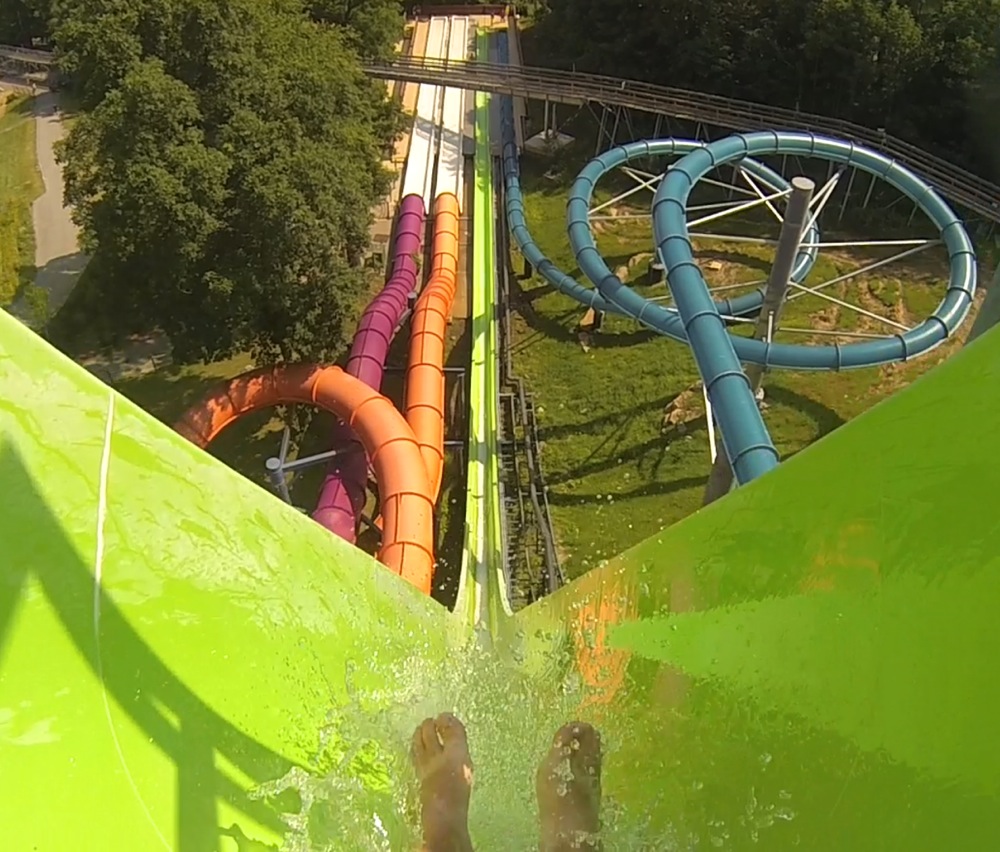 We purchased day passes and entered. There were no lines yet so we marched towards the newest attraction. Located at what was formerly Geronimo Falls are the two fastest slides in the park, the H2 Oh No! and the Zero-G.

The former is a standard if terrifying speed slide and the Zero-G is a torture device that drops you through a trap door into a looping tube. The 100 ft climb to the top features wonderful views of the ground below and an audio track of a beating heart as you ascend the stairs. 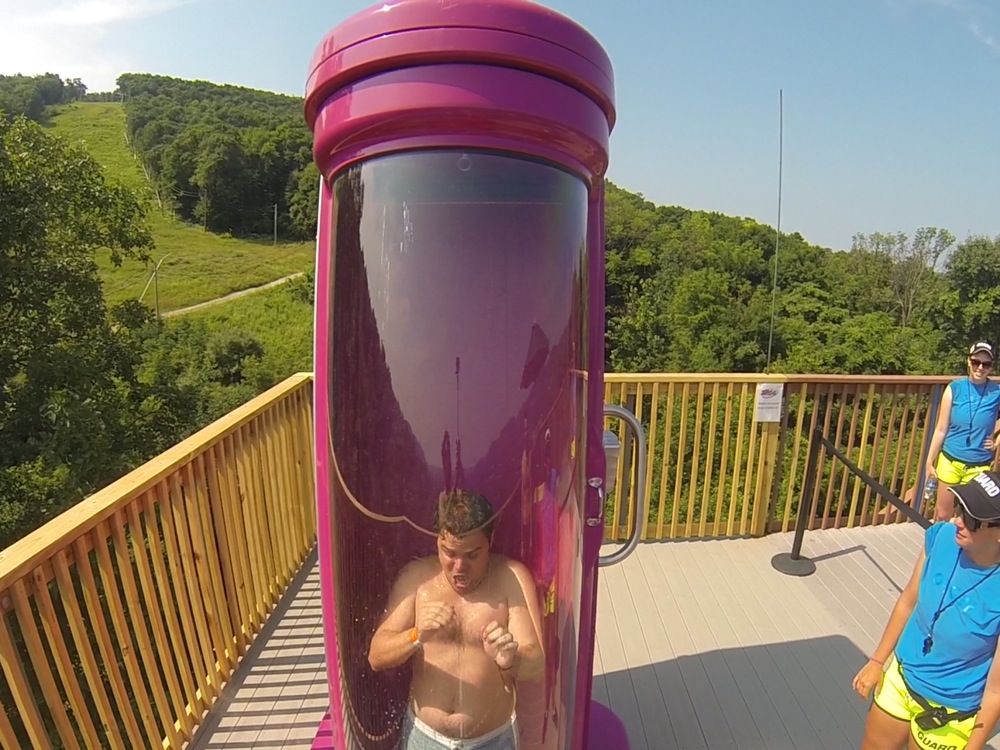 Both rides will leave your heart in your throat and half of your bathing suit up your butt crack, so we rode them both multiple times.

Further down the hill is another new ride called High Anxiety.  It’s a dark tube that shoots four man rafts up the sides of a funnel and the sensation is not unlike riding a halfpipe until you are flushed out into the pool at the end.

High Anxiety was built in 2004 when the park was still Mountain Creek, but they didn’t serve alcohol and Action Park does, so if you’ve ridden it before try it again after a few beers. The bartenders are awesome and Theresa is our favorite. 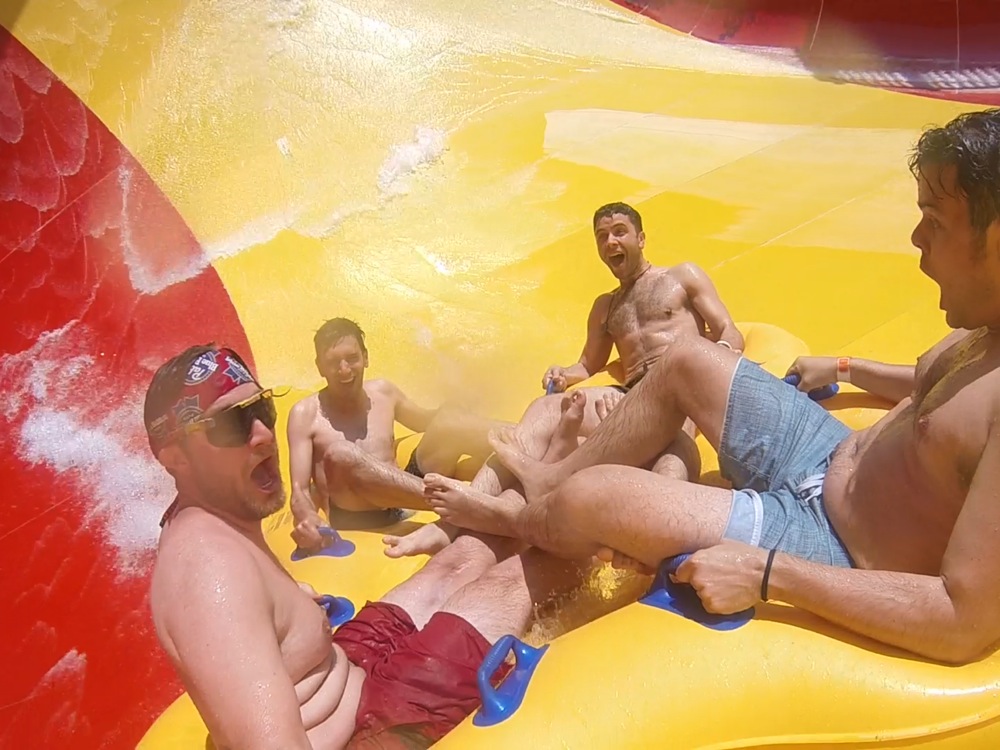 Experiencing momentary weightlessness in a large raft is a unique feeling but smacking your rear on the funnel isn’t. Don’t sit too far into the seat.

Plenty of original rides are also still up and running. The 8-Lane Surf Hill, the Tarzan Swing, Cannon Ball Falls, Canyon Cliffs and the notorious wave pool are all back and largely unchanged, though the Colorado River now offers helmets which is nice considering some of us banged heads the first time down. 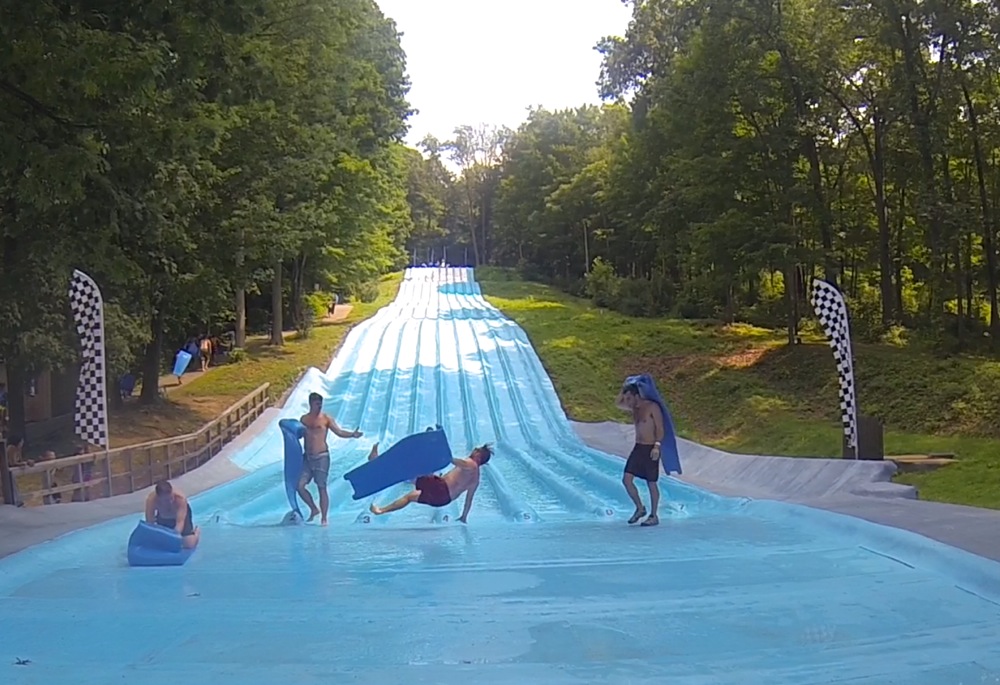 There is also still an issue with people who can’t swim jumping into the deeper pools, but the lifeguards seemed to have it under control.

The park is no longer the lawless playground it once was, and the Alpine Slide is long gone (thank god), but Action Park has retained much of the original spirit that made it great. 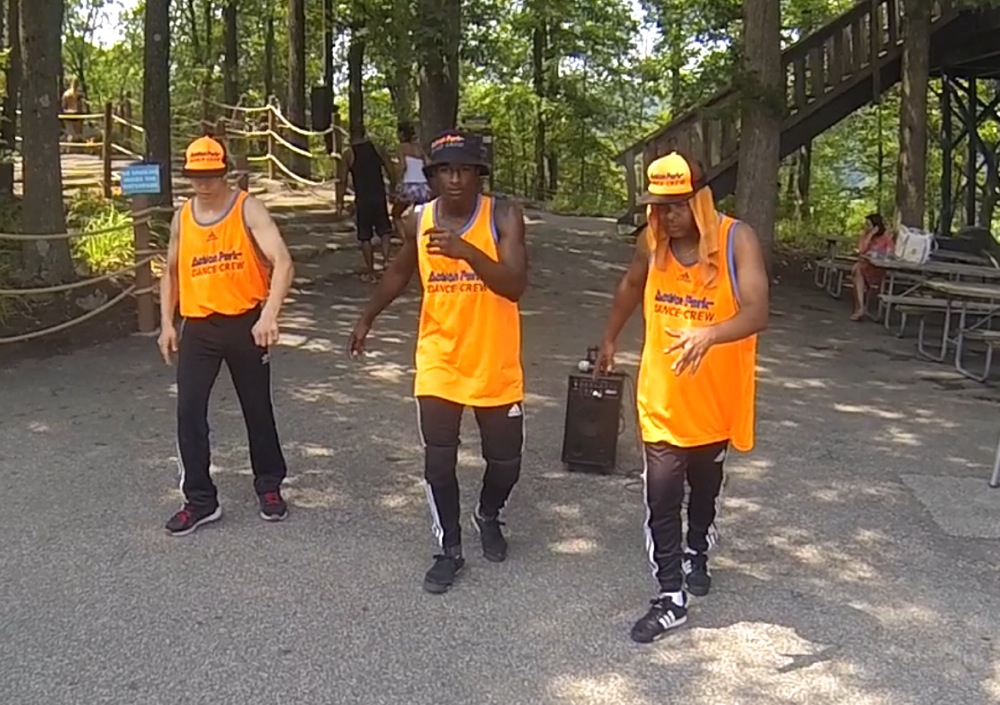 Hopefully the owners can avoid the problems that drove it into bankruptcy last time and judging by the new staff and management it’s safe to say they will.