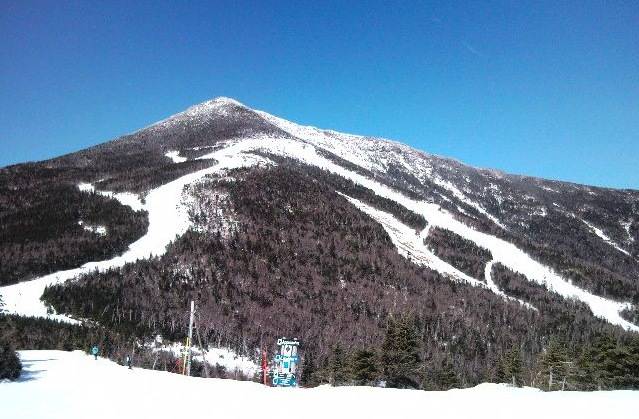 Most of what was groomed stayed petrified all day. Some sections that had sun all day softened up. Some of the trails were corduroy and some were frozen ice balls that never broke up.

Lookout was opened midday. It was my first time up there. Wilmington was the only open trail. I cannot believe it’s rated a blue. It’s long and it has some steep sections with some visually scary cliffs on both sides of the trail. It reminds me of some of the trails at Hunter. Skier’s left has a weak fence and some big drops.

Lookout below was not open. I saw a tentative ski patrol on it and I saw another skier dip his foot in and climb back up.

Despite the ice, I still had a great day. The sun was out and the trails were empty. They were still charging to park and there were about 10 cars in the lot, but I suspect the cars belonged to employees as they were still there when I left at 4:30pm. The bar had 1 guy at the bar and a table of about 5 people. Rockin.

It is 18 degrees and dropping here at Gore. It’s clear as a bell. Tomorrow should be bulletproof until the temps rise and the sun starts working.