I hear a lot of complaining about the cold temperatures in winter, but then find slopes nearly deserted when spring arrives. That wasn’t the case at Sugarbush on Saturday, lots were full and not a complaint in sight. Assuming you like moguls, then there was something for everyone. 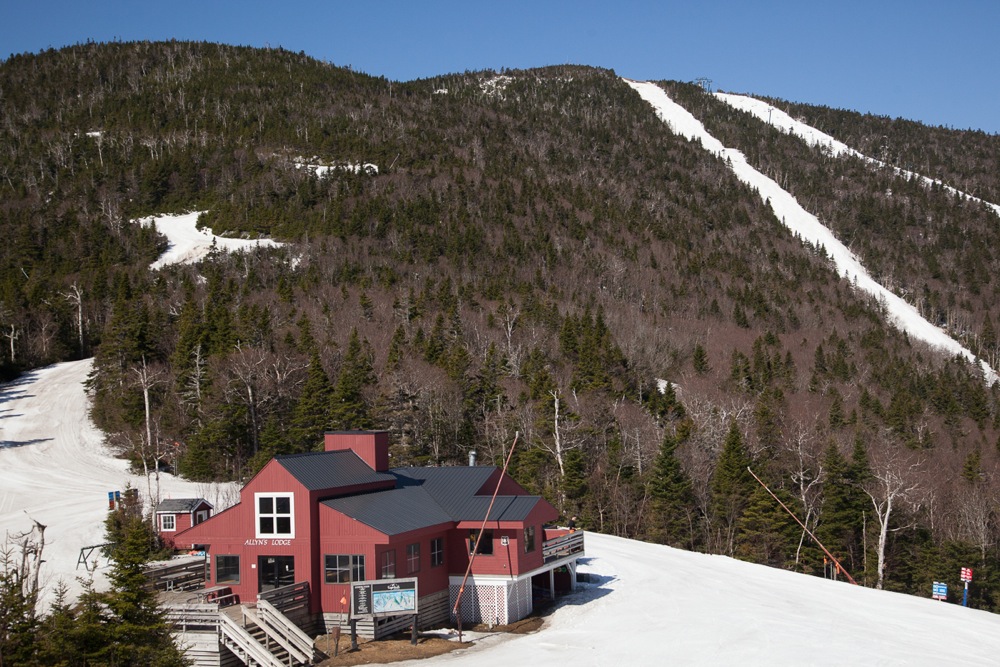 Like any good closing weekend, moguls seemed to take center stage, And they’re usually not just any old moguls. When the mercury rises to 70 degrees and t-shirts start coming off, you’re talking about the kind of moguls that explode on impact. The kind that make a skier want younger knees, or maybe an old pair of straight skis to really throw down a 80s-style Glen Plake zipper line.

The trails were actually fairly flat in the morning, and I shuffled down Downspout for pole position on Ripcord, Organgrinder, and Jester. All three trails have quite a bit of character, but Jester was my favorite. Winding lazily through the spring air from the summit of Lincoln Peak seemed to be the best way to celebrate spring. 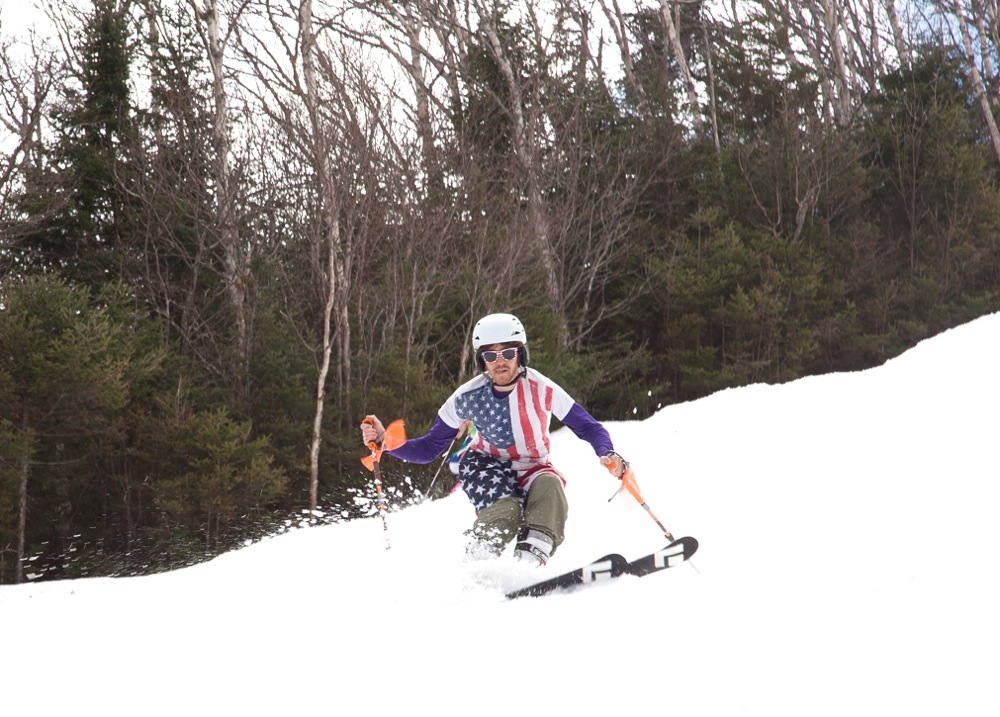 Our group had other interests too, and we made quicker turns on the expert terrain. Sometime last year we picked up this kind of crazy habit of skiing every bump run non-stop. What started as a dare is now de-facto.

Ripcord wasn’t a problem because the bumps were spaced far enough apart that you could almost GS your way down. Spillsville was near impossible, with all-natural snow creating varied texture and tough transitions from the shade to the sun. 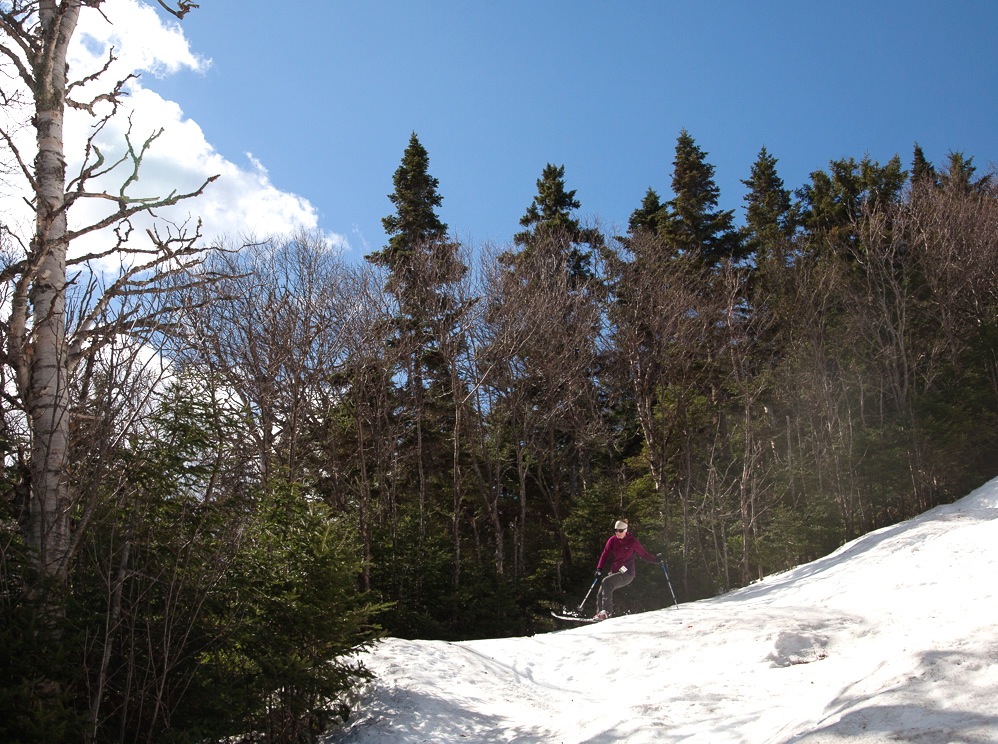 And then there was Steins. Reopened for the finale, if you wanted to ski it you could hike up Reverse-Traverse to meet the top. A contest was going on for the most laps, with a winner-take-all $150 purse on the line. Unmotivated by a cash incentive, I chose a more leisure approach to ruining my body skiing with my friends.

I wandered over to take a last look at the ruins of the valley house. A brand new quad is replacing the 60s double. The trail and unloading area have been reconfigured, preventing skiing down to that side of the hill during the last month of this season. I had great memories of the chair, but in with the new. 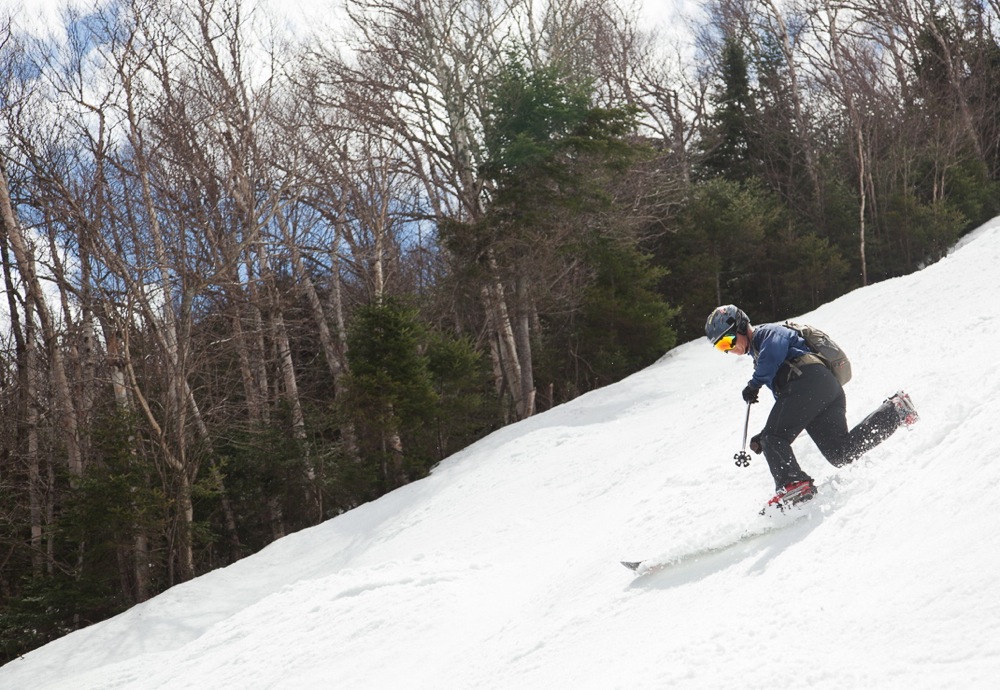 In a sort of reverse ‘water-boiling-at-altitude’ situation, I was cooked after only three hours. Perhaps it was the temps, the bumps, or the wood fired pizza on the deck, but in a true triumph of quality over quantity, there is simply no improvement on perfection, and this great season ended with something really sweet.