The towering new bolted climb first came to my attention when I noticed the announcement of it last summer on EscaladeQuebec. The topic was popping with comments on their social media. 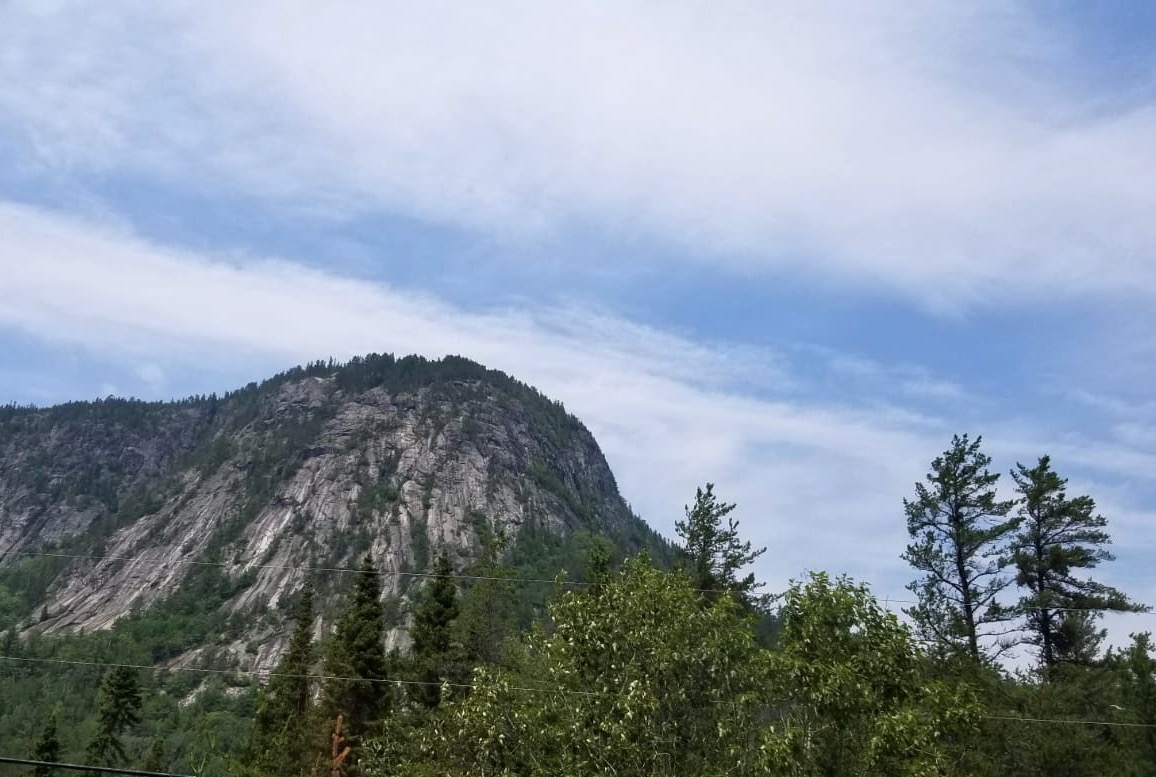 The cliffs — in remote parts of Quebec — have an esoteric appeal and the website, in French, contributes to that. There is little subtlety in statements like “Biggest Sport Climb East of the Flatirons, Colorado” and the Flatirons are a great point of reference for the 5.6ish Sport 400.

The Sport 400 lived in the periphery of my imagination until a friend set a date to actually climb it. Just like that, we were off, leaving work at 3pm hoping to make the 6-hour drive to Saint Simeon in time to erect our tent before sunset. 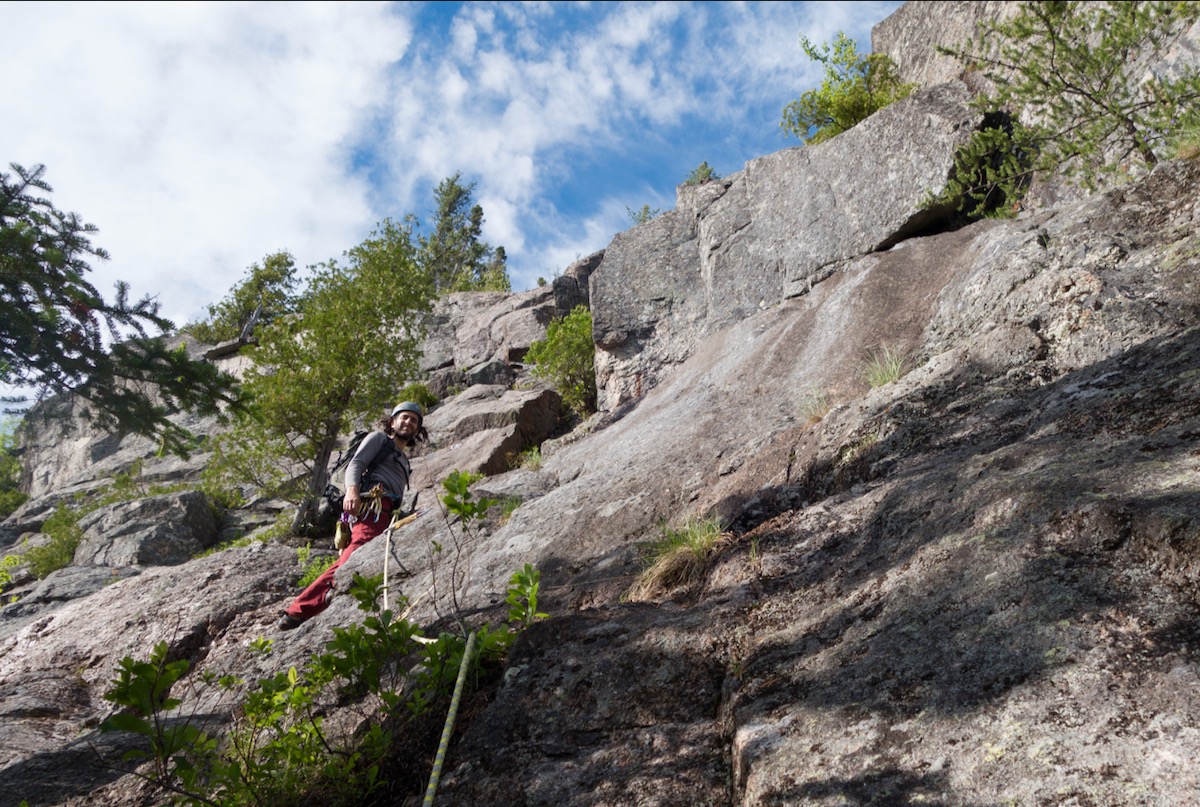 The forecast for thunderstorms from our weather app was off-base in intensity, duration and start time. The sky crackled at 5am and sheets of rain pummeled the tent, affording us a few more hours to sleep while pinned down. Faced with a massive chunk of wet rock, it became an easy decision to check a touristy to-do for my girlfriend.

A short ride down the valley later we were riding the free ferry to Tadoussac to try to spot the Beluga whales. Or she might have been. I wandered off from the car stunned by the landscape.  At the confluence of the Saguenay joins and St. Lawrence, it’s easy to imagine that you’ve been dropped off in the fjords of Norway. We spent much of the ride after that discussing the lack of the bridge there. Is the river too strong, or deep, or does in just not make economic sense to build one? The ferry was far more memorable regardless. 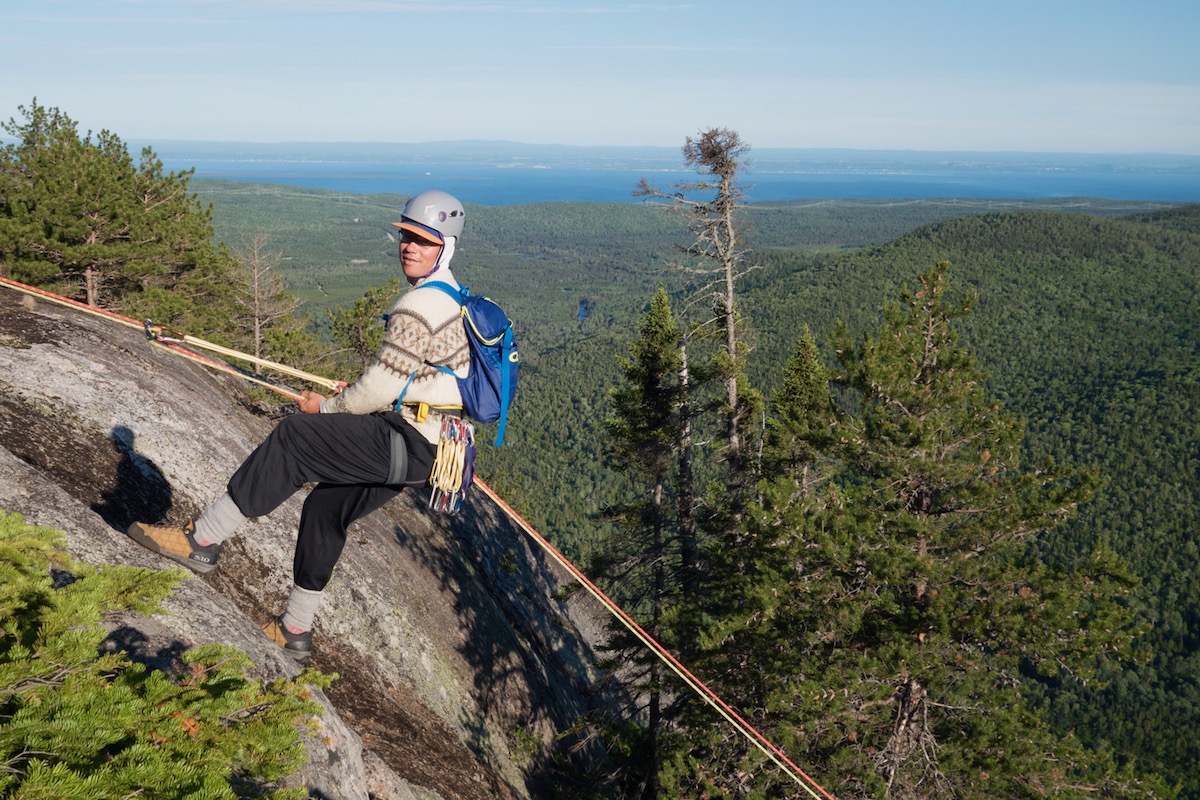 On deck, a vicious wind howled through the canyon as the storm pushed off and full sun broke out. Our chances to climb were looking good. I pushed the car back to Les Palissades. In the long ups and downs, my poor car, in need of service, sputtered up.

We quickly racked up our gear and made short work of the climb. Our group of 4 climbed with 2 ropes, with each leader set to fire 8 quickdraws and 8 alpine slings per pitch. Every pitch is steeper than the last and it resembles a massive frozen wave, which gave me the impression of dogpaddling uphill to summit. 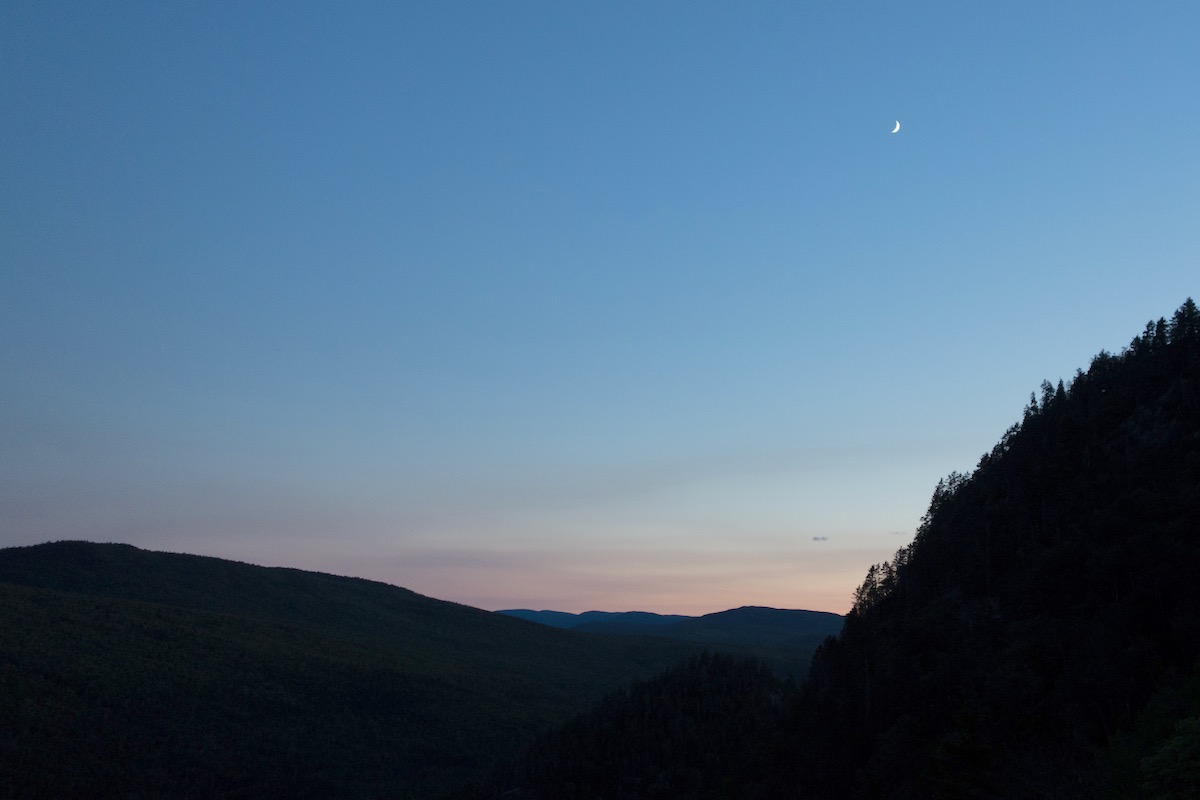 From the top, views stretched over the massive Saint Lawrence river to the South, and further into the unknown to the North. Rumors of crowds flocking to the peak may have been premature. On a perfect Saturday afternoon, we had it to ourselves.

Still, like Mallory’s expedition to Everest or Joe Simpson in Peru, we knew that the descent is the hardest part, and I think we were more frayed on the summit than we would admit. After getting our ropes stuck on the first rappel — there are five double rope raps — I was certainly feeling it. The weather had turned colder, and the swarms of black flies certainly didn’t help our spirits. Nor did it help when I dropped my ATC used for descending. 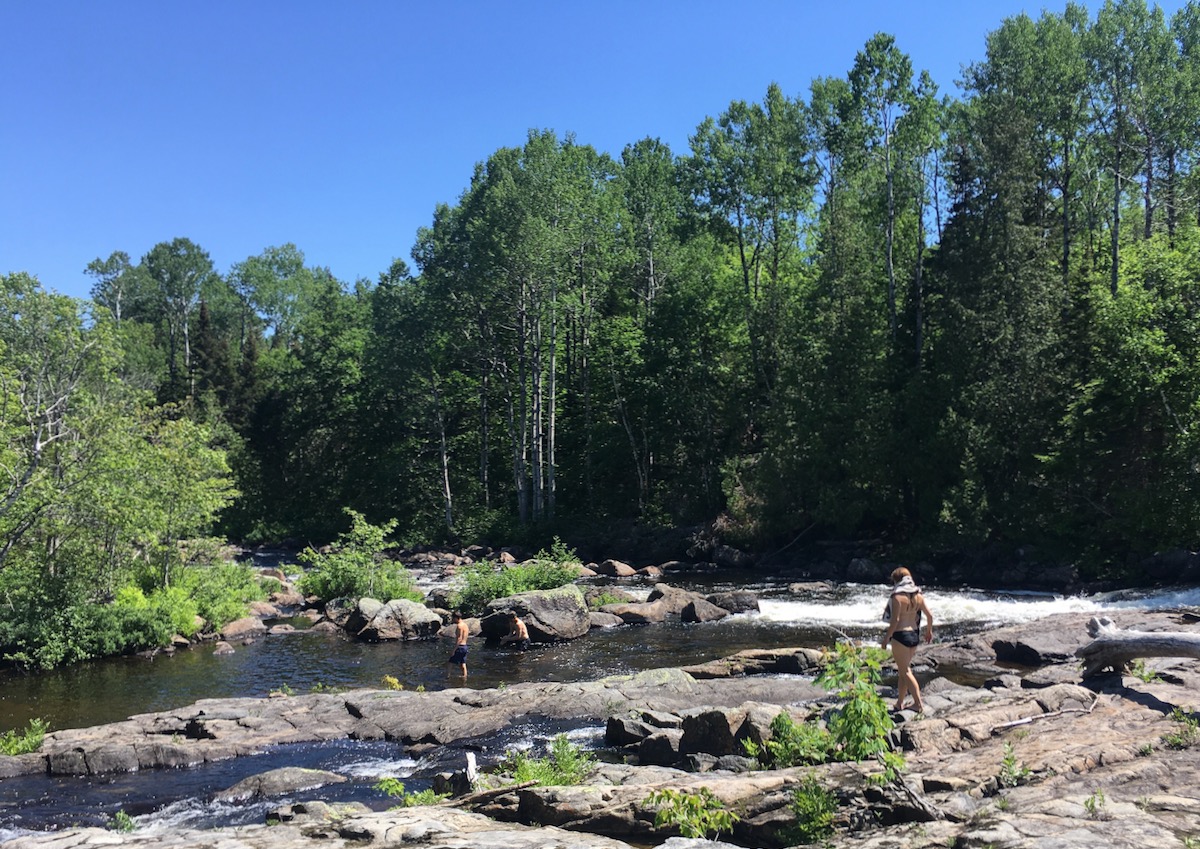 Fortunately, we kept it together and stood on terra firma as the last light was milked from the sky, but it was too late in sleepy St Simeon to hit the excellent Casse-croute 2B.

Even now a couple days later it seems to be the sort of achievement that lingers — with a touch of soreness in my calves — just a little longer than you’d expect. It’s not easy to describe, so I’ll leave it at completely unique in the Northeast, and for that it is worth the drive, if it calls to you.

Notes: Rustic camping is 30$ a night at the Palissades de Charlevoix. There are also many other worthwhile climbs, a via ferrata, hiking, and many upgraded accommodations that include use of a spa. Climbing and hiking are included with lodging according to the guidebook but the upgrades are probably worth it. The staff and other climbers are very friendly. If you want to do the Sport 400, allow 6 hours for two competent people and add at least an extra hour if there are more in your party or people in front of you.