The longest undefended border in the world exemplifies the special nature of the relationship between the United States of America and Canada. Since I moved north of that line, I find myself constantly tallying up the ways that the countries mirror and differ from each other. 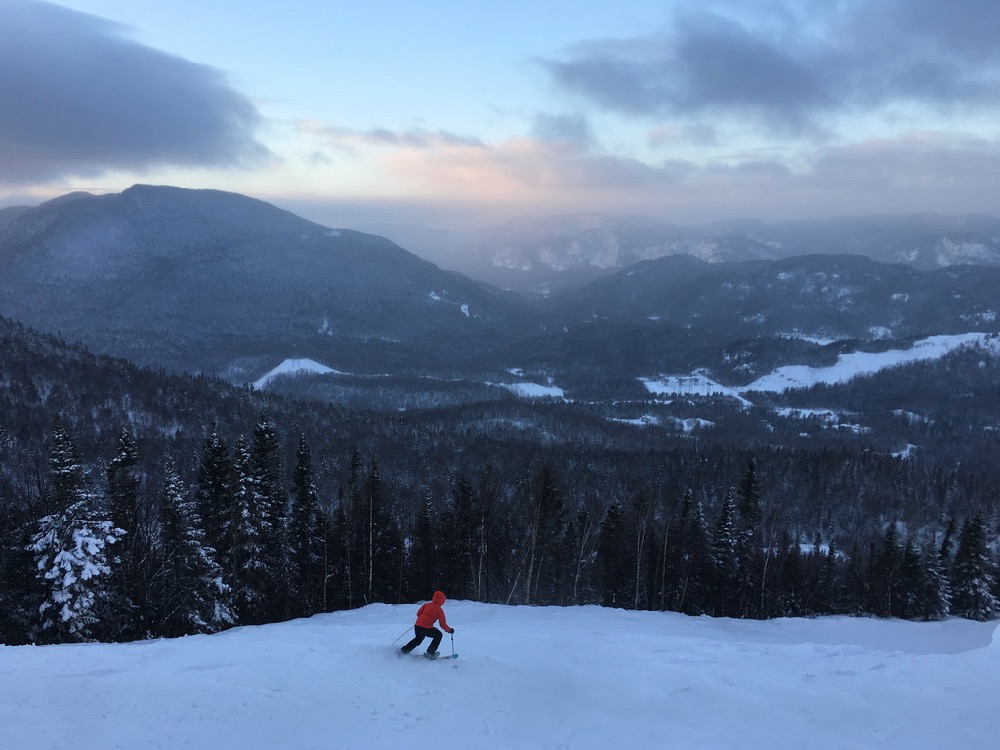 Living in Quebec provides yet another layer of circumstance as the natives decide that their province is a nation-state when it suits them, or when Canadians from other provinces point fingers about how Quebec is just… different.

Still, few things bring people of all nations together like skiing. On New Years Day I found myself enjoying 8 inches of new snow at Mont Édouard with a few hundred pickup driving revelers and hardy folk. 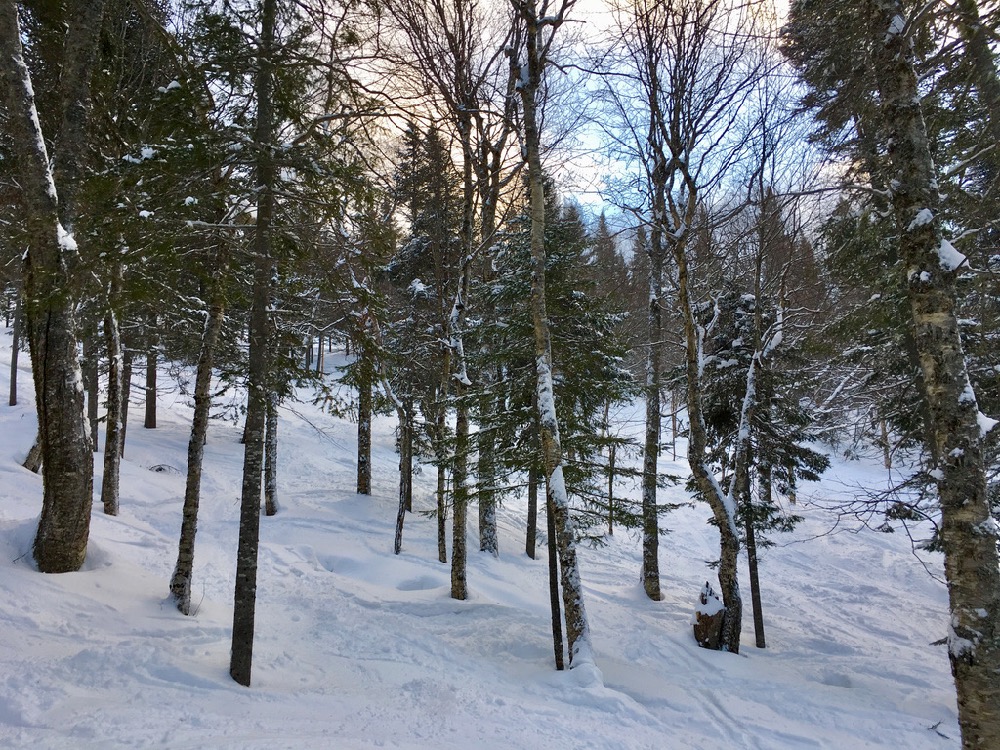 Hardy is synonymous with Quebecers, but even they have their limits, when the wind that comes barreling down the Saguenay River. The mountain is a infamous for wind-holds, but on New Years Day — if you could handle it — the lift ran all day.

Mont Édouard isn’t like other ski hills I have visited. It has a 1500′ vertical drop that is served primarily by one fixed grip chair that runs base to summit. It is also almost entirely covered with conifers. These trees, when properly thinned as they are here, make for some excellent glades. The mountain has these glades in quantity, including some long mellow jaunts that can ski almost the full vertical. 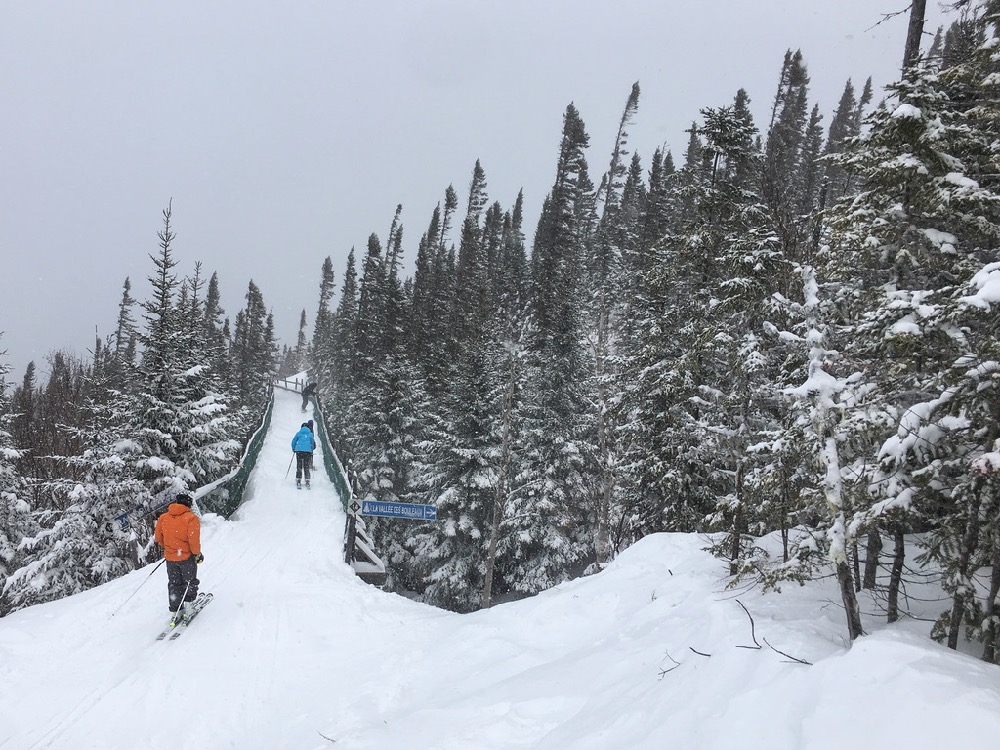 The calls of skiers and snowboarders cheering their way down powdery glades needed no translation. While I found the free refills on the trail to be quite entertaining, most of the riders preferred to spend their time enjoying the mountain out of sight.

After crushing a few top-to-bottoms, I decided to see what the fuss was about. Upon completion of the double black La Sauvage, I noticed that people were skating to the sector Nord-Est. Here begins some of the longest glades, accessed by a most unique pedestrian bridge that takes you over the La Vallée des Bouleaux. 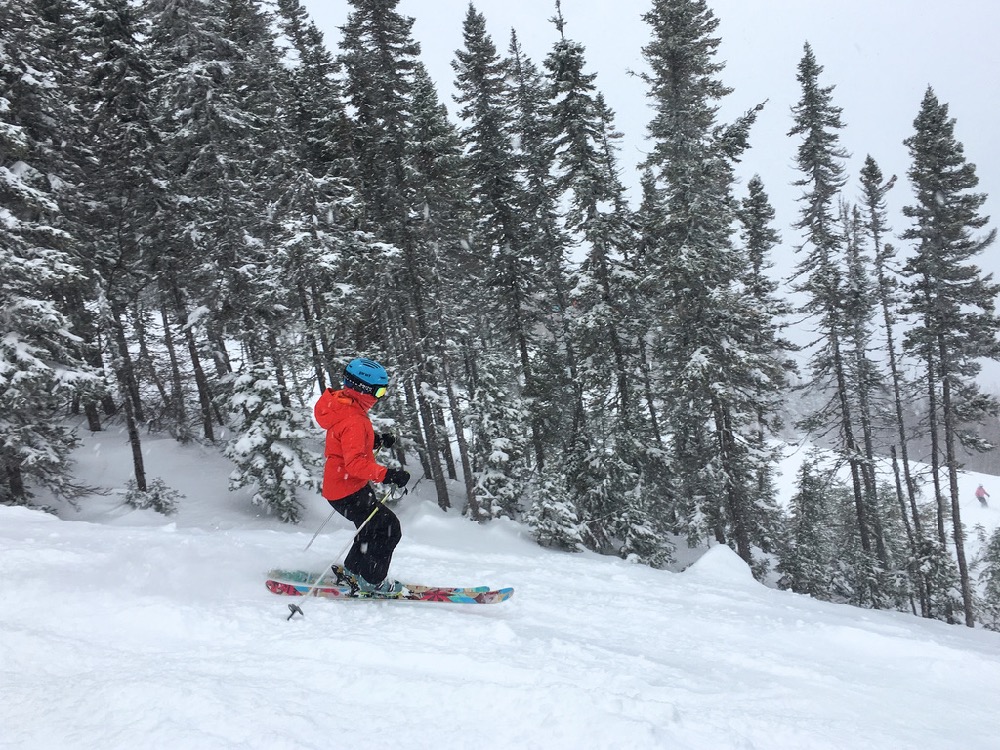 There were so many trees and ‘sorties’ to pick your way through! One trick I’ve employed to find snowy descents at ski resorts is to take the first path you see in the forest, since most people are convinced that by pushing farther out they’ll find fresher snow.

On this day though, I was led astray. The interior tracks at the Nord-est led to cliffy descents back to the vallée I had just passed over that I did not want to ski. After a few schwacks I gave up and sent it back. 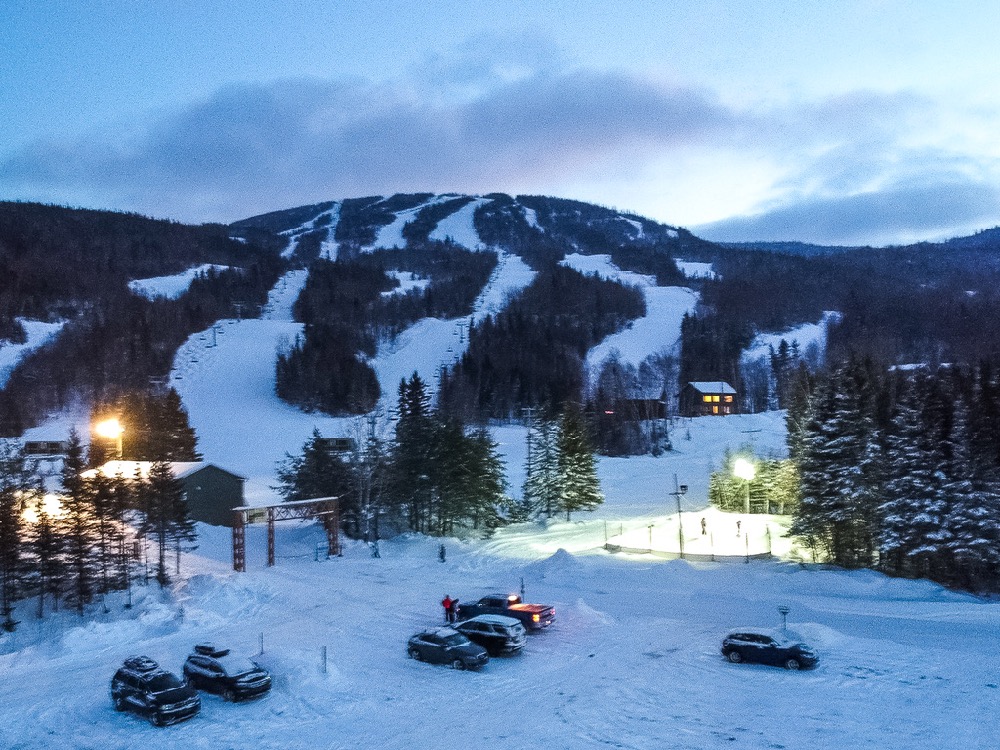 When you fight mountains, you often lose, but I was able to make it down the right way on my next attempt, and the new snow skied perfectly without hint of the crust that lay a couple storms below. The sun broke through the clouds as the mountain started to wind down at about 3:15.

I was pleased with how things had worked out. I’d made a tough drive to the middle of nowhere, and found snow where it’s been scarce. I headed back to the bar to enjoy an IPA and relive the day.

And there, free popcorn in hand, basking in country music, I realized that North America is indeed one continent united, under skiing, eternally.