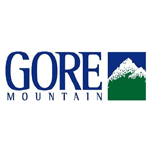 On Sunday, February 28, 2010, six skiers, in three separate groups, were lost off the summit of Gore Mountain in North Creek, NY. We reached out to Mike Pratt, the General Manager of the mountain, to ask him a few questions about the Chatiemac Ridge search and rescue efforts.

NYSkiBlog: Mike could you answer a few questions about Sunday’s search and rescue?

Mike Pratt: Sure. Just understand I can not speak for others. I will speak for Gore Mountain and for myself.

NYSB: Fair enough. How did these 6 skiers end up where they did? Did any of the skiers offer any explanation as to how they ended up lost?

Mike: Each of the lost skiers went off the skier’s right of upper Chatiemac. The mountain’s ridge is dramatic there. If you break over, you are immediately going South away from Gore and into the Siamese Ponds Wilderness area. The skiers that I interviewed all claimed mistakes and following “tracks of others.”

The entire length of Upper Chatiemac has orange “ski area boundary” signs. The area is obviously not maintained, nor does it have any formal trail sign or entrance. We have, this week, installed more signs and put up some ropes blocking the areas that were used to access this area. We have also re-inventoried our “night search” equipment. I hope it will not be needed.

NYSB: What was the extent of the search? How many ski patrol, forest rangers, volunteers and Gore Mountain staff were involved?

Mike: We became aware of the need for a search around 2 PM and were not able to release the search crew until 2 AM. DEC had 6 Rangers involved and Gore had 20 employees involved. The Johnsburg Rescue Squad was also involved and their ambulance was available.

NYSB: What should we learn from this?

Mike: Gore has great glades and woods that are maintained with entrances. Skiers and riders need to follow the rules of the responsibility code and ski in authorized areas only. The woods are as cold and lonely now, as they were 100 years ago.

Gore is lucky to have this great terrain, but even luckier to have committed people that are willing to assist others. Cell coverage and communication is not reliable, so plan for your own safety by following the skiers responsibility code and communicating your plans with others. Never ski in the woods alone. And as always, if you have questions about terrain, ask at the Patrol stations.