Iona Island is one of those spots that keeps paddling on the Hudson interesting. In spite of its unimposing look, it’s 556 acres ooze history. Before European colonization it was called Wa-na-ka-wagh-kin and was a favored fishing spot for the locals. 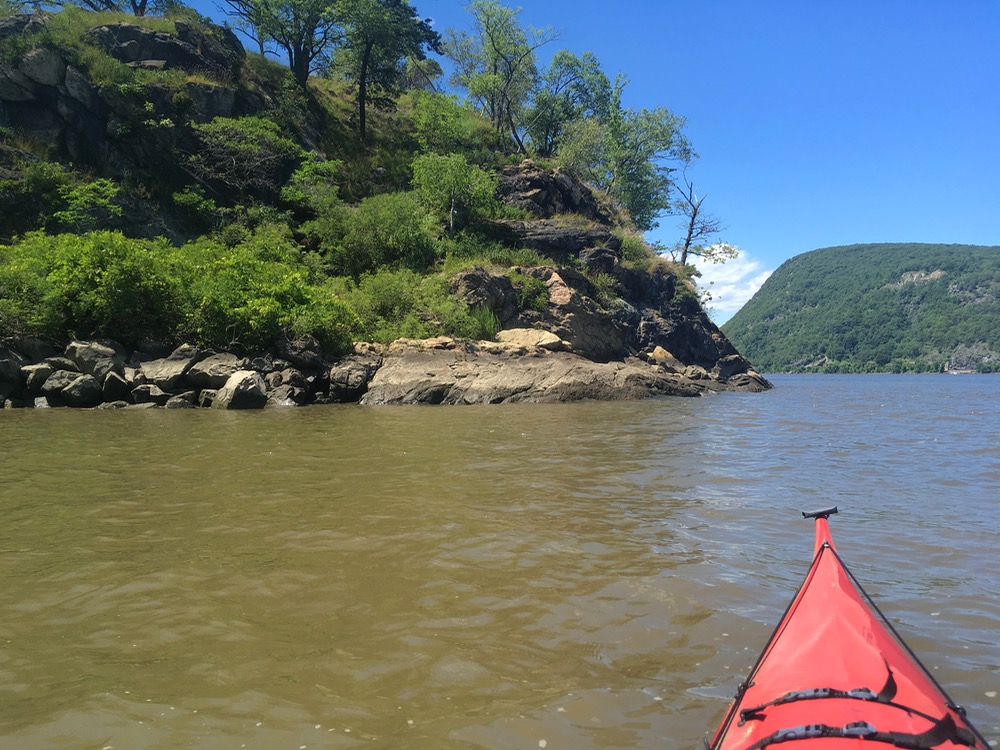 In colonial days it was bought by the Van Cortland family along with what seems like half the rest of the Hudson valley. In the 1800s it was used to grow produce for the Union Army, became a resort including a carrousel and hotel. Later it was used as a depot for military ordinance.

It remained an arsenal through both World Wars, hosted a small fleet of mothballed ships in the postwar period and eventually, mostly, returned to nature. The ghost ships and arsenal are gone except for a few old buildings. 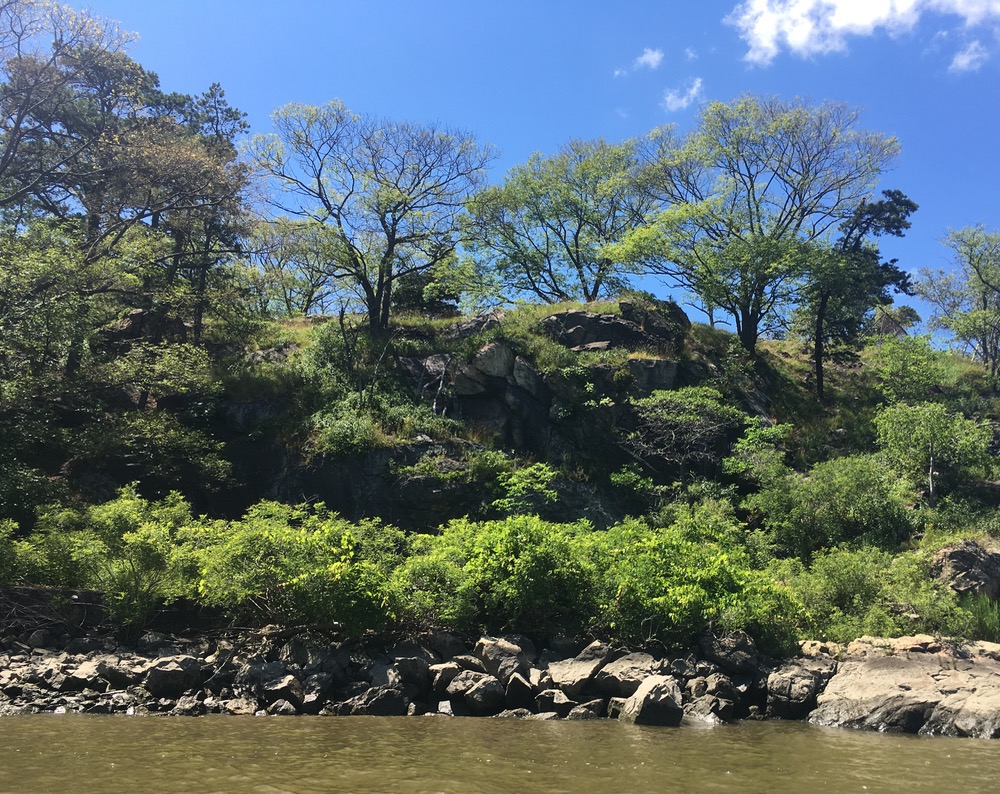 Now it’s a bird sanctuary. A survey in 2000 identified more then twenty species of birds on the island but the area is best known for bald eagles, some of which winter there. In spite of the fact that summer is the wrong season for eagle watching, I decided to paddle to the island on July 4th.

I hoped that Annsville Creek Paddlesport Center wouldn’t be as busy as some of the better known areas. It’s a sliver of land between Annsville traffic circle and Annsville Creek, just off the Hudson River, part of Hudson Highlands State Park where a local business has a kayak rental operation. 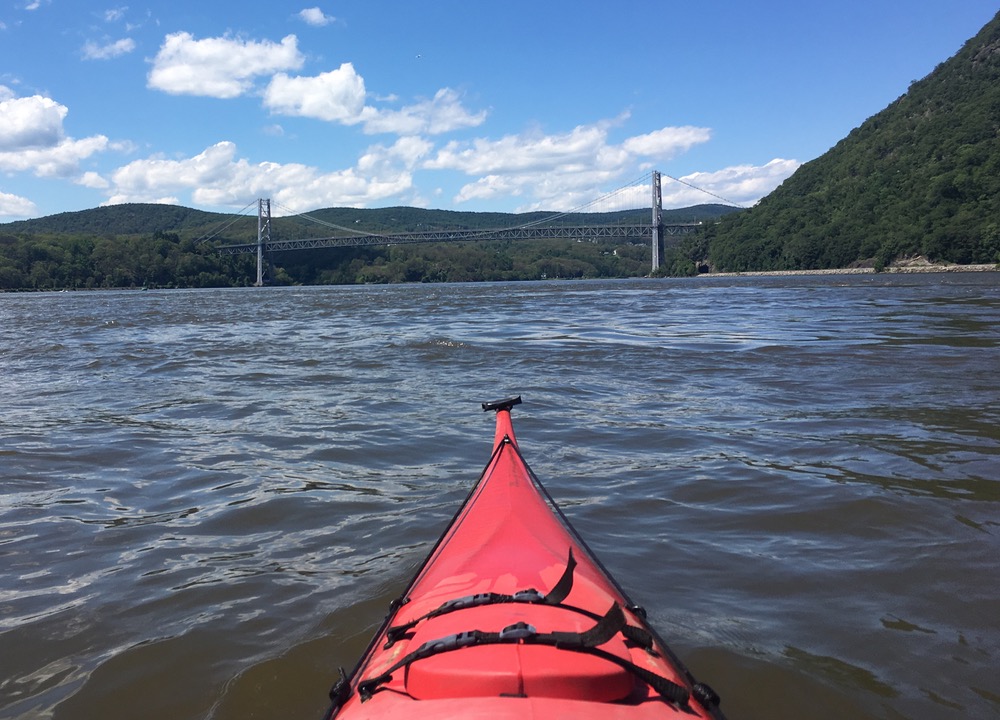 My hopes were dashed when I arrived. In spite of being tiny with few attractions besides a few picnic tables and bathrooms, the parking was jam-packed. I was lucky to get the last spot. There were people everywhere with grills and minivans and loud music was blaring. No problem; I was there for the floating dock, not the ambience.

I unloaded my kayak and gear and carried it to the water. The rental guys were doing a brisk business pushing picnickers out into the creek. I got my self setup over on one side, out of the way, and I pushed off. 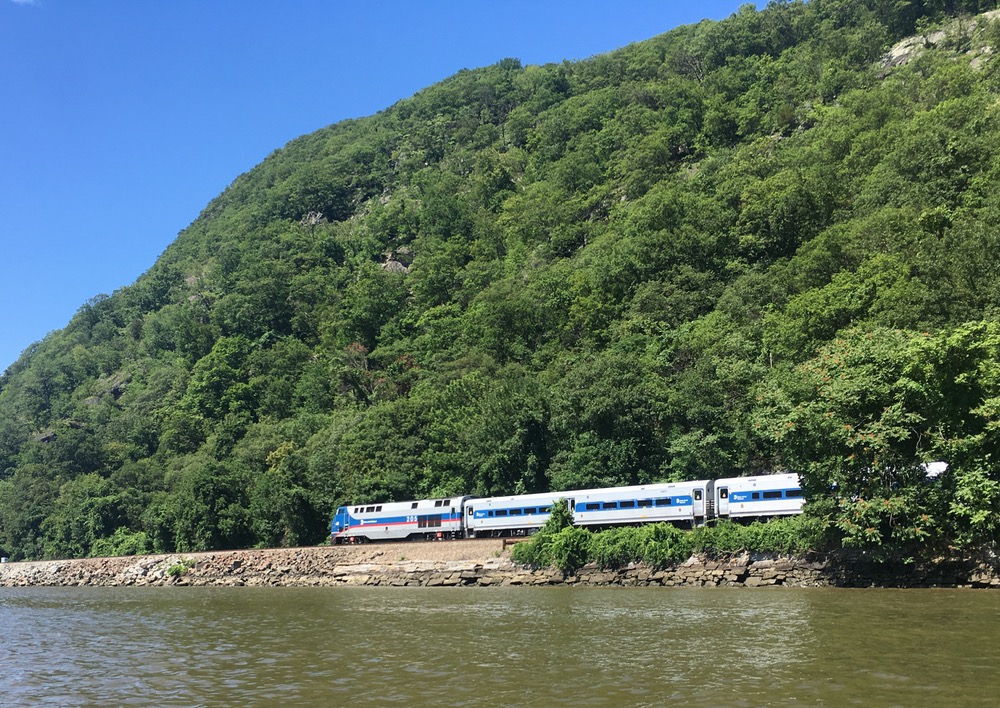 The folks in the rental boats tended to stick to the big pond between the dock and the Amtrack line that runs along the eastern shore of the Hudson but I pointed my bow straight for the railroad’s bridge over the creek and paddled out onto the Hudson itself, leaving the noise and crowds behind.

I turned north as I pushed out into the river. There was a gas-tanker offload facility to my right, a little disturbing, but that was nothing compared to the view over my left shoulder, the good old Indian Point nuclear plant, dominating the Peekskill shoreline. 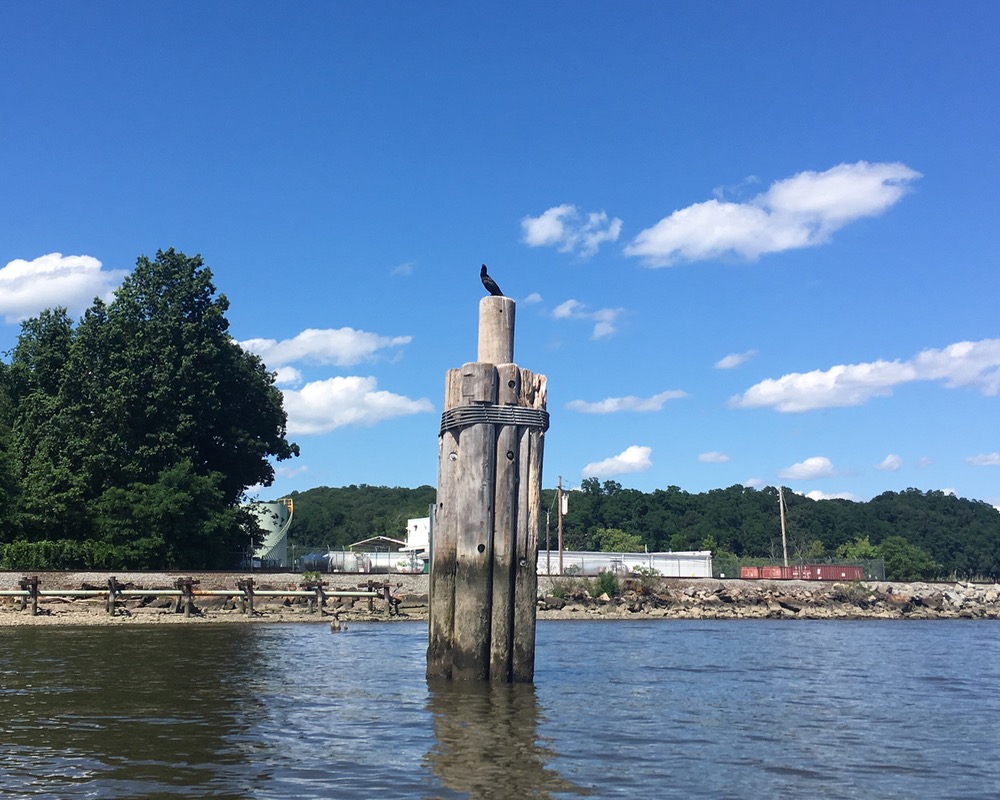 No matter, straight ahead, across the river was my goal, Iona Island and its surrounding Marshes. Of course getting there took a little effort. The Hudson isn’t quite as wide here as it further south but there’s still plenty to consider. In addition to the current, you need to compensate for the pleasure boats and commercial traffic.

After a bit of effort I reachd the shelter of the far shore and made my way north along the marshy shoreline to the island itself. Here it was peaceful. A couple of families had dropped anchor nearby to let the kids swim or play in their float toys but I no longer had to worry about getting run over. 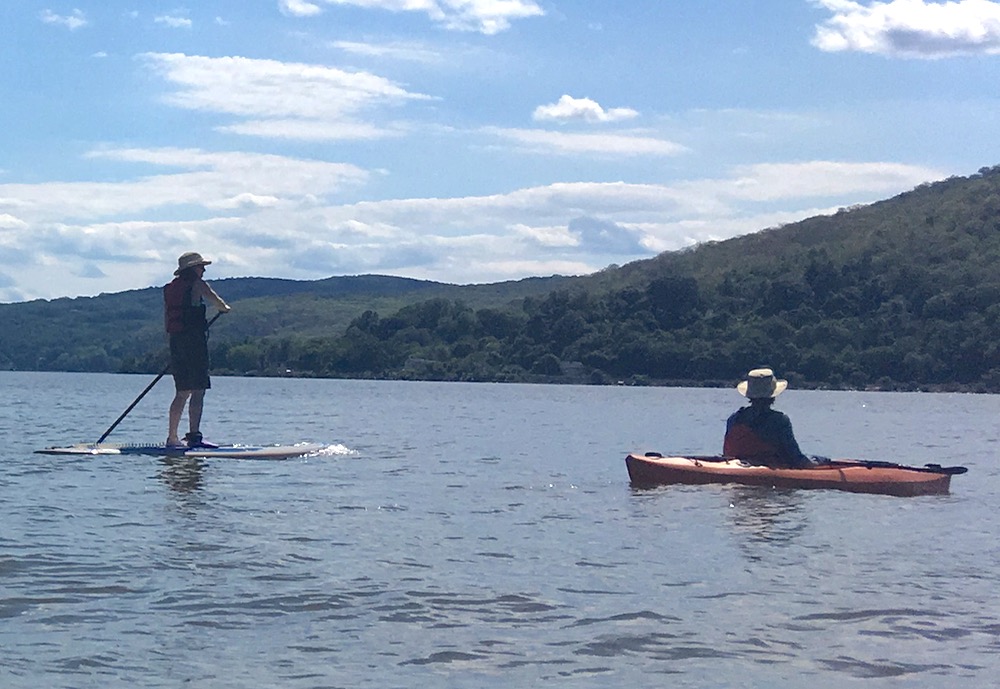 I paddled along Iona Island’s rocky shoreline, keeping an eye out for birds or anything else worth checking out. Truthfully I don’t know enough about birds to say if I saw anything really rare, maybe one osprey and a couple comorants.

I kept on to the north, along the western side of the Hudson, leaving the island behind, and made my way slowly up towards Bear Mountain Bridge, also a key piece of Hudson valley history. The bridge was completed in 1924 and was, at the time, the longest suspension bridge in the world for a short time.

For a paddler the bridge is significant because it’s situated at a narrow spot of the river which causes lots of turbulence as the tides push through in one direction or the other. I pushed through the rough water near the bridge to cross back over to the eastern side and start my journey back to the south. I took my time, paddling next to the Amtrak line, until I got back to Annsville creek where I landed and pulled my kayak out. Another great day on the river.