The day that my wife, youngest son, and I hiked Hurricane Mountain, it was overcast, but conditions were nice — around 70 degrees with no bugs.

There are three ways up Hurricane. We decided on the north route, which starts at the end of O’Toole Road. From the trailhead, the hike to the 3,678-foot bald summit is about three miles. The most popular route to the summit is from Route 9N — in purple on the map. But we chose the trailhead on O’Toole Road. We snagged the last available parking spot and headed off.

The Hurricane Mountain Chapter of ADK maintains the trail. The first mile is up and down, without much elevation gain until you get to the lean-to at Gulf Brook. After you cross the stream for the first time, you start to climb. The trail is narrow and rocky much of the way. 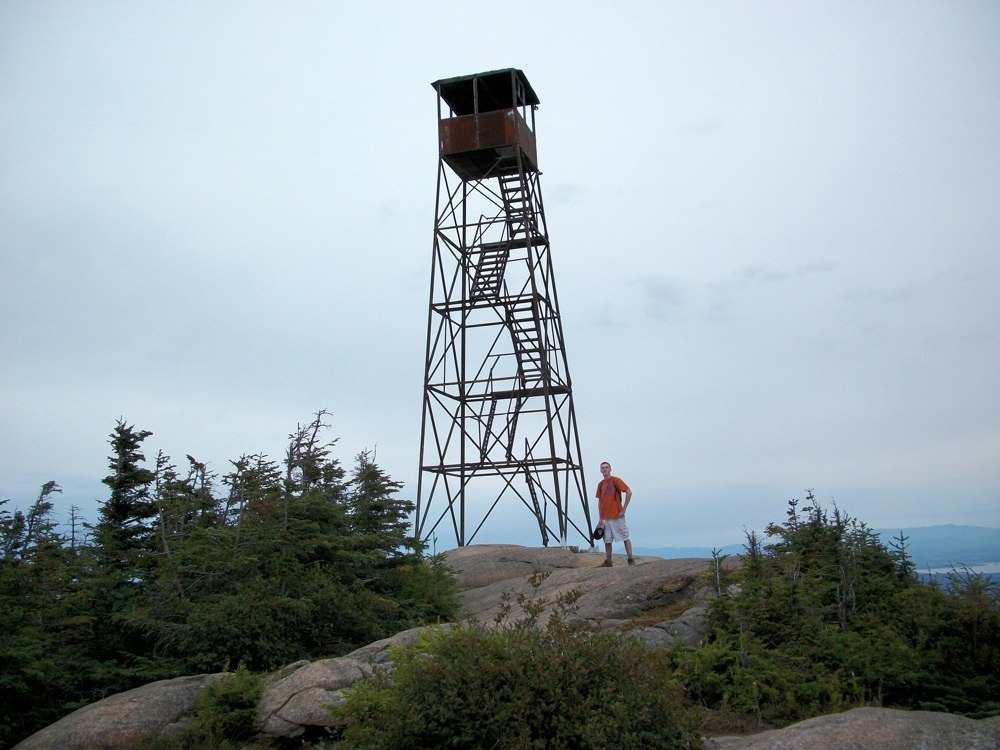 We passed a beaver dam that will start to flood a section of the trail if it gets even a little higher. The dam has already flooded a still healthy-looking birch forest so I think it’s a relatively new structure.

As we neared the top, we hiked on rock slabs surrounded by boulders. The summit is expansive, all rock, with 360-degree views. These views rival any summit I’ve been on in the Adirondack Park. I’d love to be on top when there is better visibility, but even so we could see Whiteface to the Northwest, Giant Mountain to the south, the Great Range to the west and Lake Champlain to the east.

There is a fire tower on top that’s no longer in use. It’s slated to be torn down, but it still survives. A group called the Friends of Hurricane Mountain Fire Tower is working to save it. I hope they succeed, but if they do, the tower will need a lot of work.

When I hike, it’s all about the view from the top, and this summit delivered in a big way.