Over the past week, Hunter Mountain in the Catskills unveiled its much-awaited year-round attraction: zipline tours. Jason, I, and 20 other thrillseekers met with New York Zipline Adventures principal partner Bradd Morse, who, over a 27-year career, has helped design and operate canopy tours all over the world. 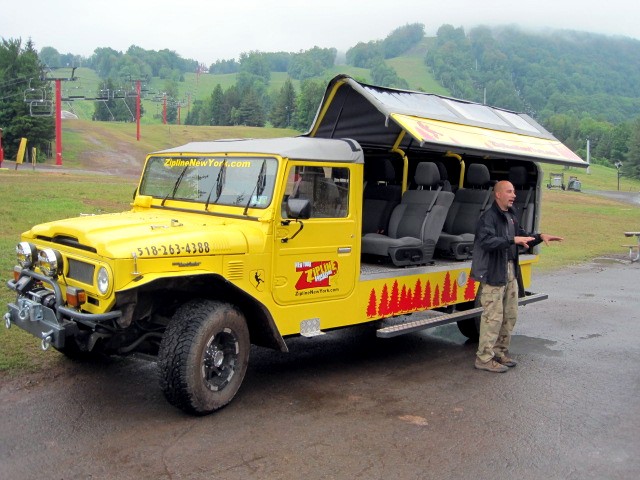 After leading us to the equipment office to sign an extensive release and provide us with a specialized harness and helmet, we boarded a custom built “Zipline Limo” and were transported to the mid-mountain tour area.

At Hunter, with the omnipresent snowmaking guns and trails that were blasted into the terrain like a superhighway, very few skiers say “wow, that’s a beautiful mountain.” But go figure, right between Hunter One and the main ski area is a stunning ravine that is how I imagine the Catskills looked before the hemlock forests had been cut down in the mid-1800s. 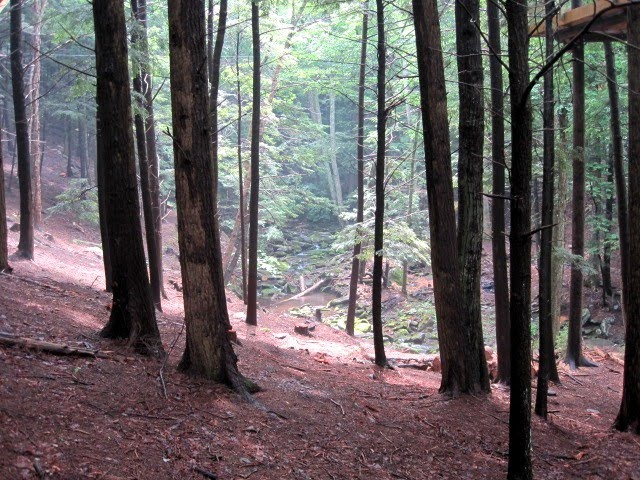 Under a small shelter, we got a quick introduction to the hows and whys of ziplining, and were shown what to do and what not to do. Throughout, guides reminded us about the extensive controls in place to ensure our safety. 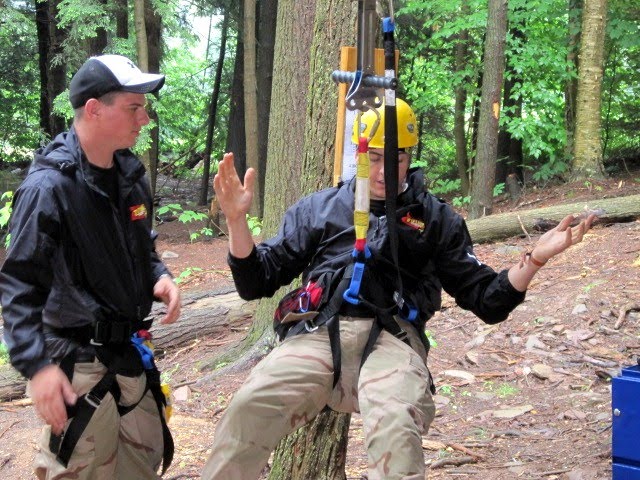 While they obviously had to cut some trees to create the zipline, many of them were reused in the construction of the staging areas and bridges, giving the infrastructure a Catskills-appropriate look. 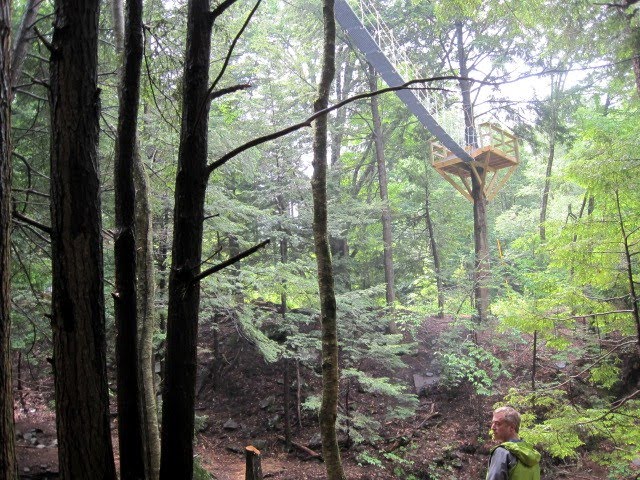 And then it was show time. For those who get antsy around heights and exposure, the ziplines on the introductory-level mid-mountain tour — 40 feet off the ground, about 600 feet in length — may give some a moment’s pause just before takeoff. However, once in the air, gliding through the rain forest-like canopy and over a picturesque creek, it’s hard to do anything but smile (or scream).

Later this summer, when they open up the top-mountain course — five side-by-side ziplines allowing two people to simultaneously scream down the mountain at speeds up to 50 mph — some may need to bring along an additional accessory: diapers. With upper ziplines stretching as long as 3,500 feet and suspended up to 600 feet above the ground, these will be the longest, fastest, and highest zips in North America, and priced accordingly at $119 for a 2.5-hour tour.

While Jason and I arrived at Hunter with a fair amount of skepticism, we both felt that it was a unique experience and worth the $89 ticket. Over the next few months, I’ll be mentally preparing myself for the top-mountain tour.