Growing up in the Finger Lakes I had always heard of Hunt Hollow hidden away in the hills of Naples. The idea of a private ski club is certainly alluring, so when family scored guests passes, I had to bite. 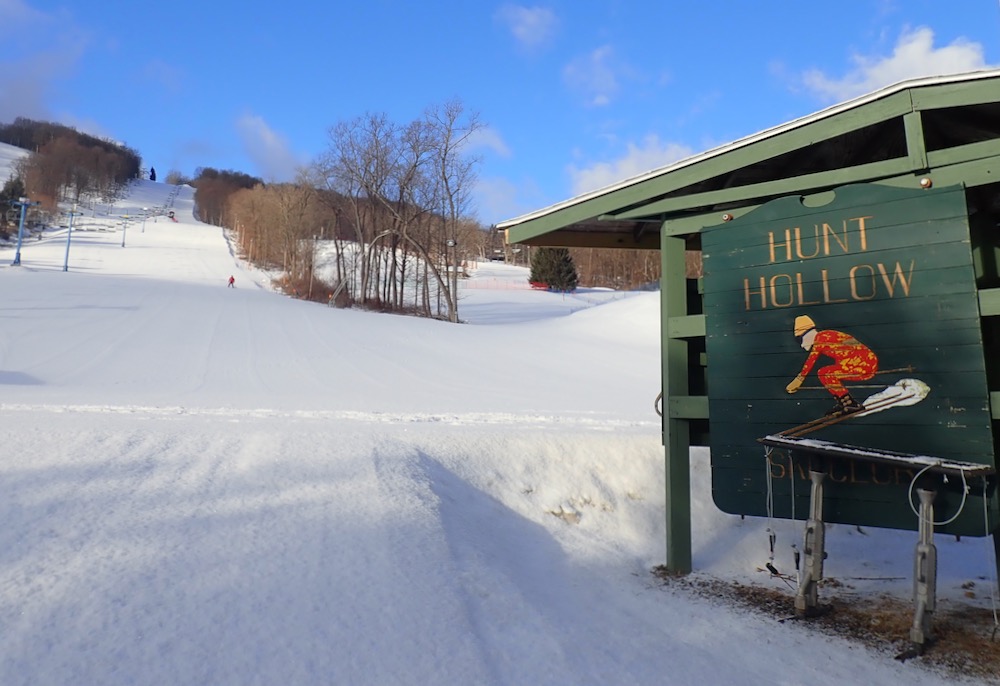 My dad and Alex were equally excited, despite living less than half an hour away none of us had ever been there. We dried our clothes from pond skimming the day before at Bristol and loaded up first thing Sunday morning.

I’ve been lucky with the weather this season and Sunday was no exception. On the drive over we were greeted with a heavy snow squall and the road was covered from the nights previous snowfall. Pulling into the parking lot was like flicking a switch, the clouds dispersed and the sun came out. 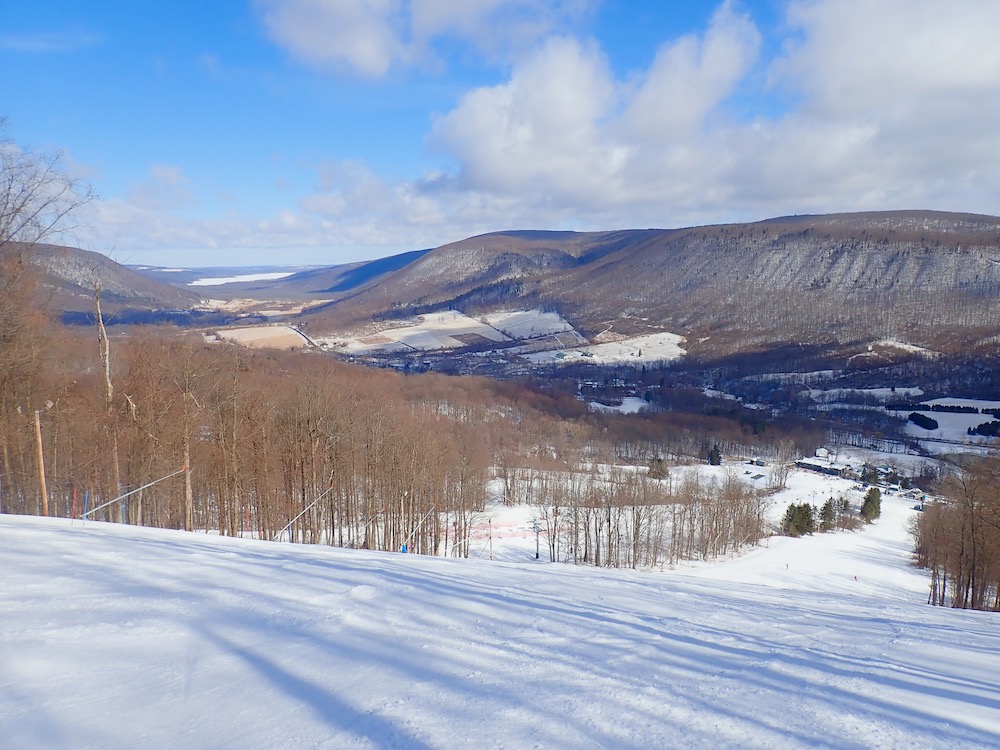 While we waited for Alex to arrive, I spoke to Joe Callaghan the GM at Hunt Hollow. The club recently put in a new chairlift and was making improvements to its lodging and snowmaking. He told me it’s all about the people, it’s like skiing with one big family. He said the après life at the club was not to be missed. He recommended I stick around for the band and beer tasting later.

Alex arrived and we headed up the chairlift almost completely alone. Using my father’s Patented Ski System we started at one side of the mountain and methodically worked our way over. The groomers were a bit sticky from the refreeze but the overnight snow settled on it nicely. 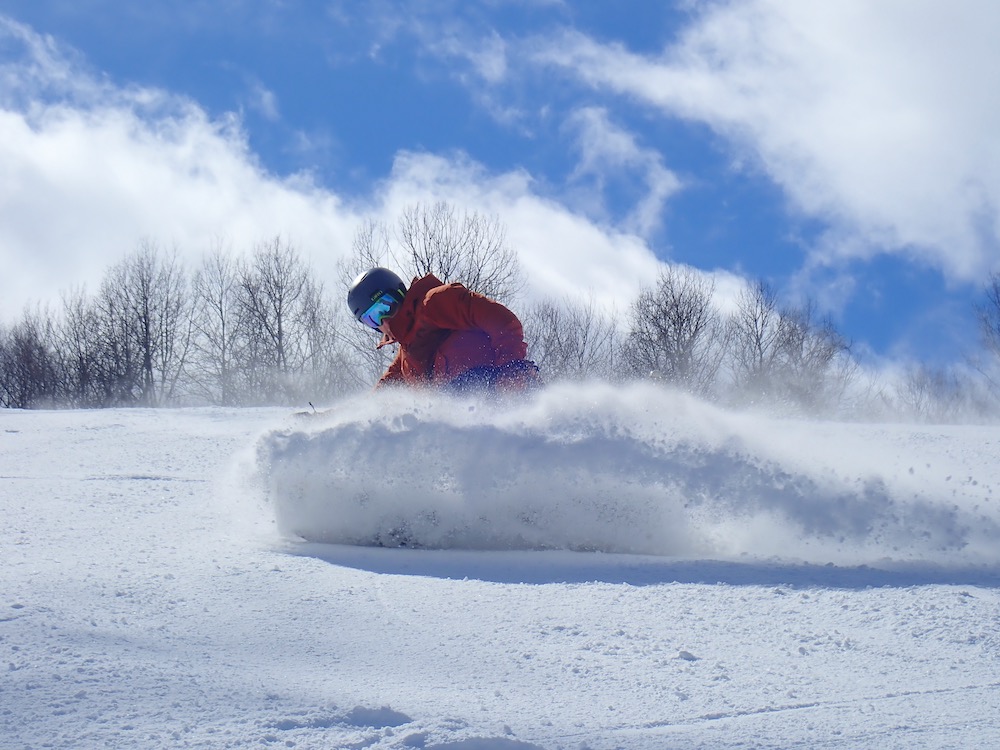 Once the sun came out in force everything softened up and it felt like we were right back in the middle of winter. We warmed up on the green and blue cruisers to skiers left. There were some fun rollers set up on Waynes Way, but Fox Run/Big Dipper stole the show with soft sunlit snow and a bowled shape that allowed for some full face carves.

Soon the patented system brought us to the steeps of the south slope. The views are delicious: Off in the distance was frozen Honeoye Lake and if you looked hard you could see the skyline of Rochester. Even more impressive was the sustained pitch of these blacks, which extend to the bottom. These were the best trails of the day and we took multiple runs down Glade and Cascade. I even managed to manufacture a few good “face shots” before we called it quits. 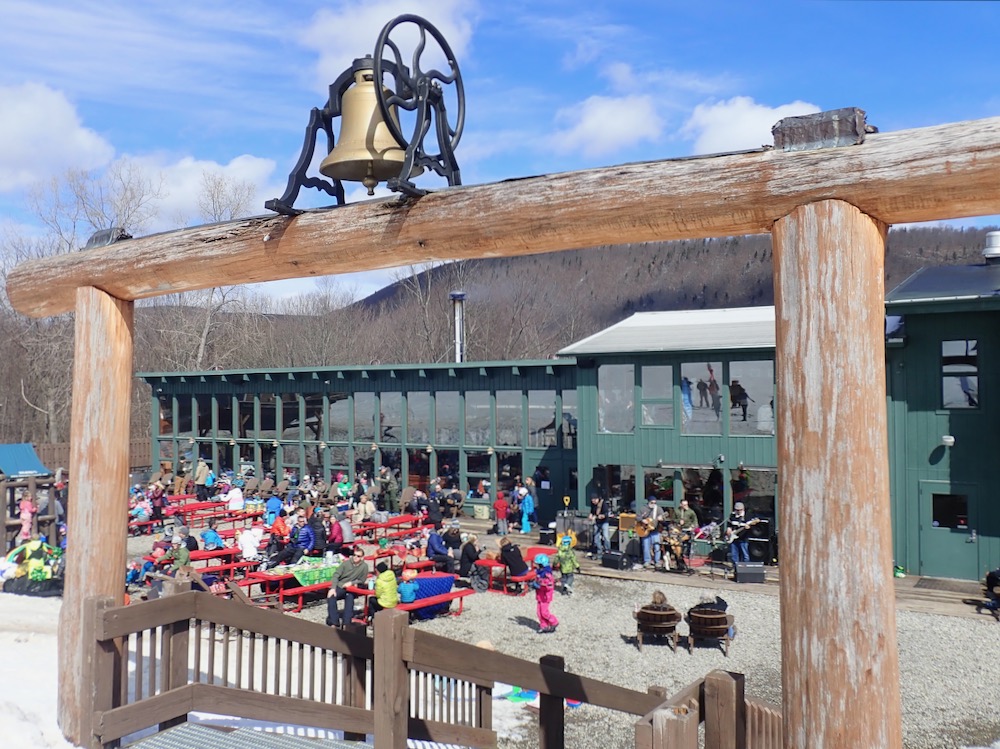 Down at the base, the crowd gathered around for the band, as the staff prepared for pond skimming. We grabbed a local beer from the Twisted Rail Brewery reps and posted up on one of the few empty tables outside. It was sunshine and smiles on the patio as classic rock blared through the amps.

Joe was right, this seemed like the place to be. My soon to be retired father contemplated the benefits of a weekday membership for next season. I was left wondering… when can I retire?

6 comments on “Hunt Hollow: A Glimpse of the Good Life”