A balmy 15 degrees when I left the cabin this morning. Headed over to the mountain for a short day, before packing up and making the drive home. Gore awaits: Today looked like it was not going to be busy, and with the amount of terrain open…I thought for sure it was going to be great morning. The moon was setting over the summit as I snagged an $8 parking spot: 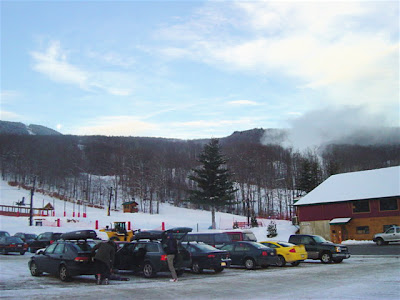 My theory about strict 8:30 starts was debunked. Or it was bunk. We loaded at 8:15…I was in the third Gondi. I did three laps of the bottom before the rope dropped up top…I did em all…Sunway, QuickSilver and Showcase. As it was Friday and Saturday…Sunway had the best surface. I laughed out loud as I did huge GS turns through the curves and corduroy. I ran into Zach at the top of Bear Mountain before my second run. We both had the same idea…take Ruby Run around and see if Twister was open. They had been blowing on it for 3 straight days. Twister was still closed so we went for Showcase.. “together.” I pointed em STRAIGHT DOWN…and still couldn’t keep up. I was about 2 lift poles behind him at the bottom.

Down to the Straightbrook Chair. I stayed out of Pine Brook. It was dicey yesterday midday and I couldn’t imagine decent cover in there this morning. Riding the chair, I could see they were blowing on Chatiemac and it wasn’t open. I hit the run under the SB Chair twice. It still had decent coverage: 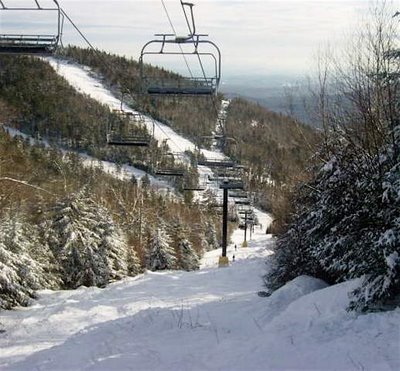 The SB Glades were looking good from the chair: 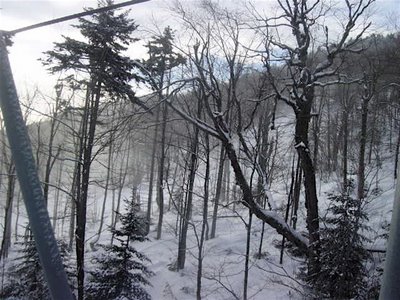 And they skied nice too: The constant snowblow pounding of Hawkeye had added up. Big piles of nice manmade on the headwall: 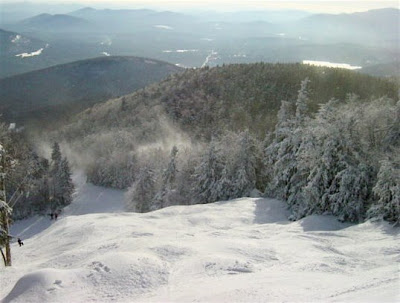 On the second run I felt like I was finally remembering how to ski trees and bumps. On my third ride up I had a good view of a teleripper right below me and I snapped a few shots. Telefolk…if you see a crazy guy with a camera, ski my way…we love the teley pics: 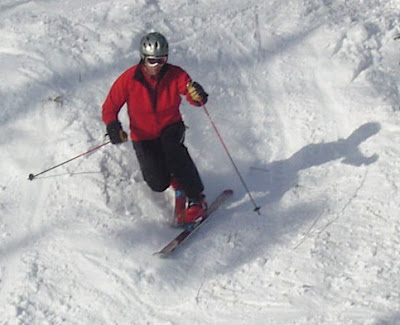 I headed over towards the other side to take Cloud down, hoping to catch some Dark Side. The sign at the top of Hullabaloo told the story…you gotta ride all the way down to the North Chair to access the Dark Side. Except for the Headwall of Death…Hullabaloo was looking and skiing great: 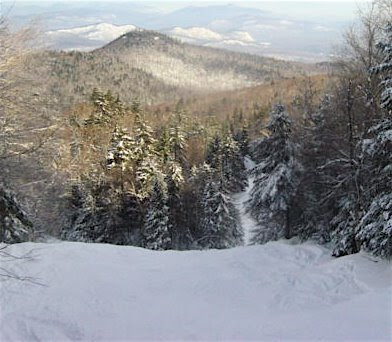 I rode the North Chair to the Saddle. Asked Skipat if Tahawas was open…he said no. Tahawas the trail was still pretty soft. The lack of pitch keeps the powder hounds away: I came to the entrance to the glades. It looked well used enough. And the ROPE was strung so high across the entrance you barely had to nod to get under it. I cruised the cattrack: 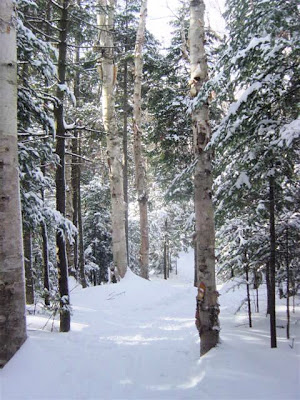 …and called it a day. Probably my best early December weekend at Gore, ever.