I woke up to a Winter Storm Watch for all of the North Country starting early am tomorrow and going into Monday. As for long range forecasting, I took Monday off over a week ago, based on a few comments from Henry at Accuweather. 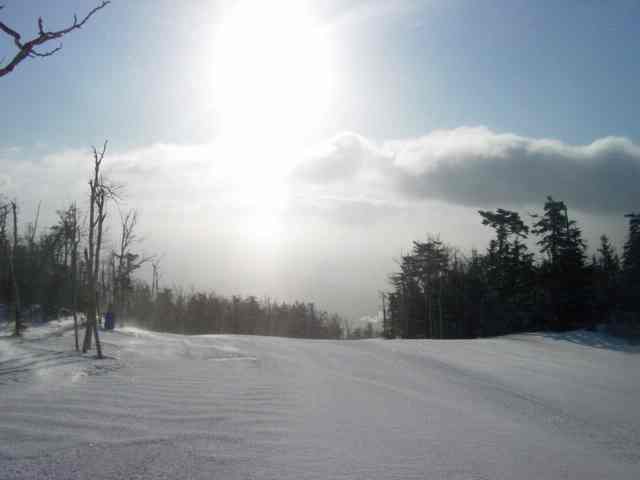 Maybe an inch overnight and enough wind to load it into certain spots without blowing it away. It wasn’t the pukefest going on over in the Greens, but I’ll take it. Conditions this morning were significantly better than end of day yesterday. It’s amazing what a few inches can do for early am surfaces.

Gondi went green again at 8:05. I was still booting up so I skipped breakfast.

The Bottom was WAY better than yesterday. Foxlair, Sunway, Fairview and Twister were all in great shape. A Mach 1 run through the Slow Zone on Sunway. You can get away with that for one run first thing in the morning, when it’s deserted. 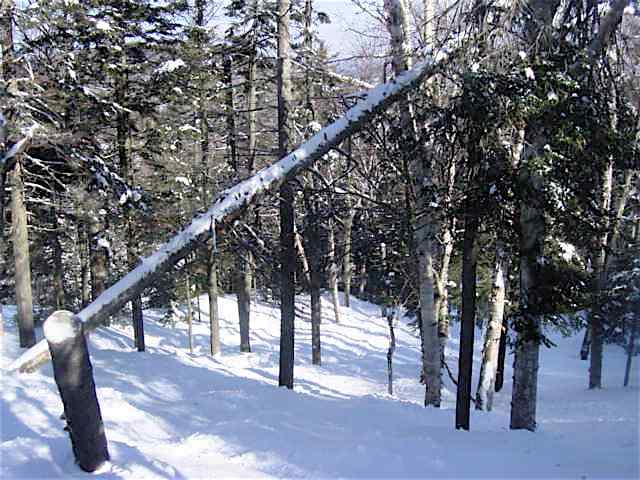 Pine Knot and Uncas were getting snowmaking. I got first tracks on Chatiemac, Straightbrook trees, and under the SB chair. And good stuff in Chatiemac Glade.

Today was a better for skiing that it was for picture taking. For some reason, half of all my photos were washed out. I can’t explain it. The best photos of the day were the above runs and they were a bust. 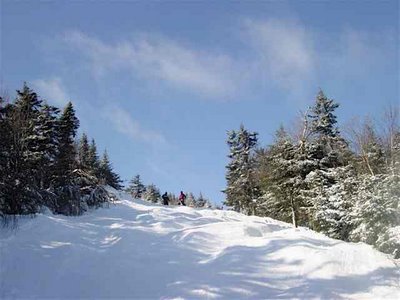 I went into Tahawas trees after a quick lunch in the Saddle. Snow was much softer and quieter than yesterday. And the troops were hammering it. I saw more skiers on Tahawas on my first run than I have seen all season. There must have been 15 skiers come through in direct succession. The only death run of the day was the bump field on Lower Steilhang.

With the snow predicted for tomorrow and Monday, and some plumbing to figure out, I wanted to keep it short. I headed over to Burnt Ridge to close out the day. Sagamore is one long hard run when…you’re tired, you’re on teles, and the whole darn thing is bumped up. It whipped me.

For the first time in my career, I actually zippered about 7 bumps in a row. Not my usual schmere where I take one line of bumps and go over each bump.

This was taking a line in between two rows and slapping my skis on alternating bumps. Joe the Bumper woulda been proud I think. I took wise advice and headed out through Hedges for one last shot at Tahawas and back home on Quicksilver.

I’m going to light a fire, drink a beer, read about all the skiing in VT and wait for some snow. Nice day.