A few years ago a friend of mine was married on the summit of Cascade Mountain at sunrise. Part of the wedding weekend involved camping out on an island on the Follensby Clear Pond system. I had never been much of a camper, but I fell in love with the spot and planned to return. 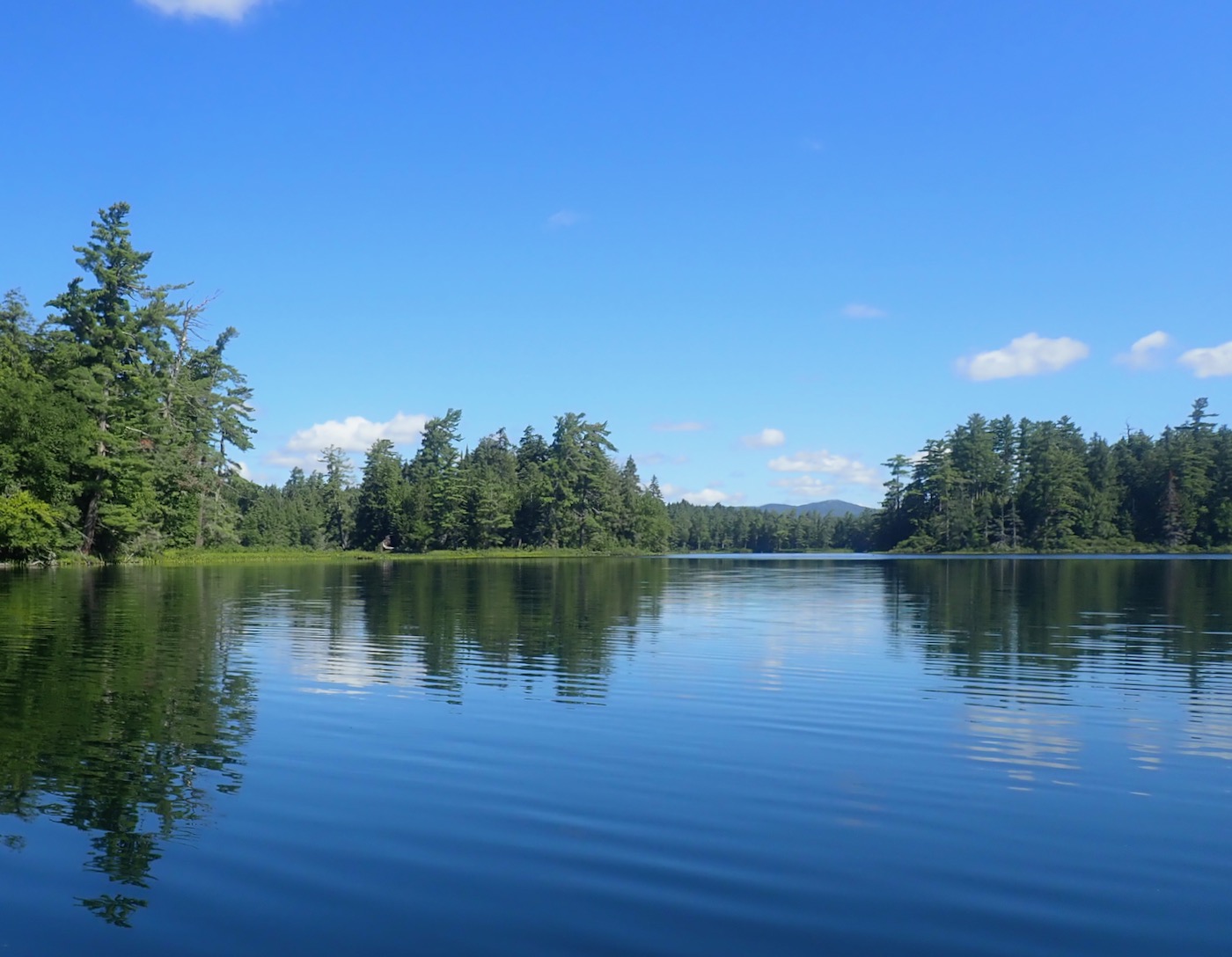 Camping on Follensby is a great experience without the added labor. There is no need to hike in with heavy packs, just load up your water craft of choice and paddle to your chosen camp location. For this trip we booked a 2 person and 3 person canoe from Raquette River Outfitters a few weeks prior. Early Friday morning we packed my car and after a few rearrangements, fit everyone in and headed out.

Utica is close to the Adirondacks, but it was still a 3 hour trip to get to the pond. Arriving early is key if you want a choice of spots. We arrived at the small parking area on the side of Route 30 around 10am. The water was glass as we took the canoe off the roof and began loading it up. It was pretty clear a second trip was going to be needed. 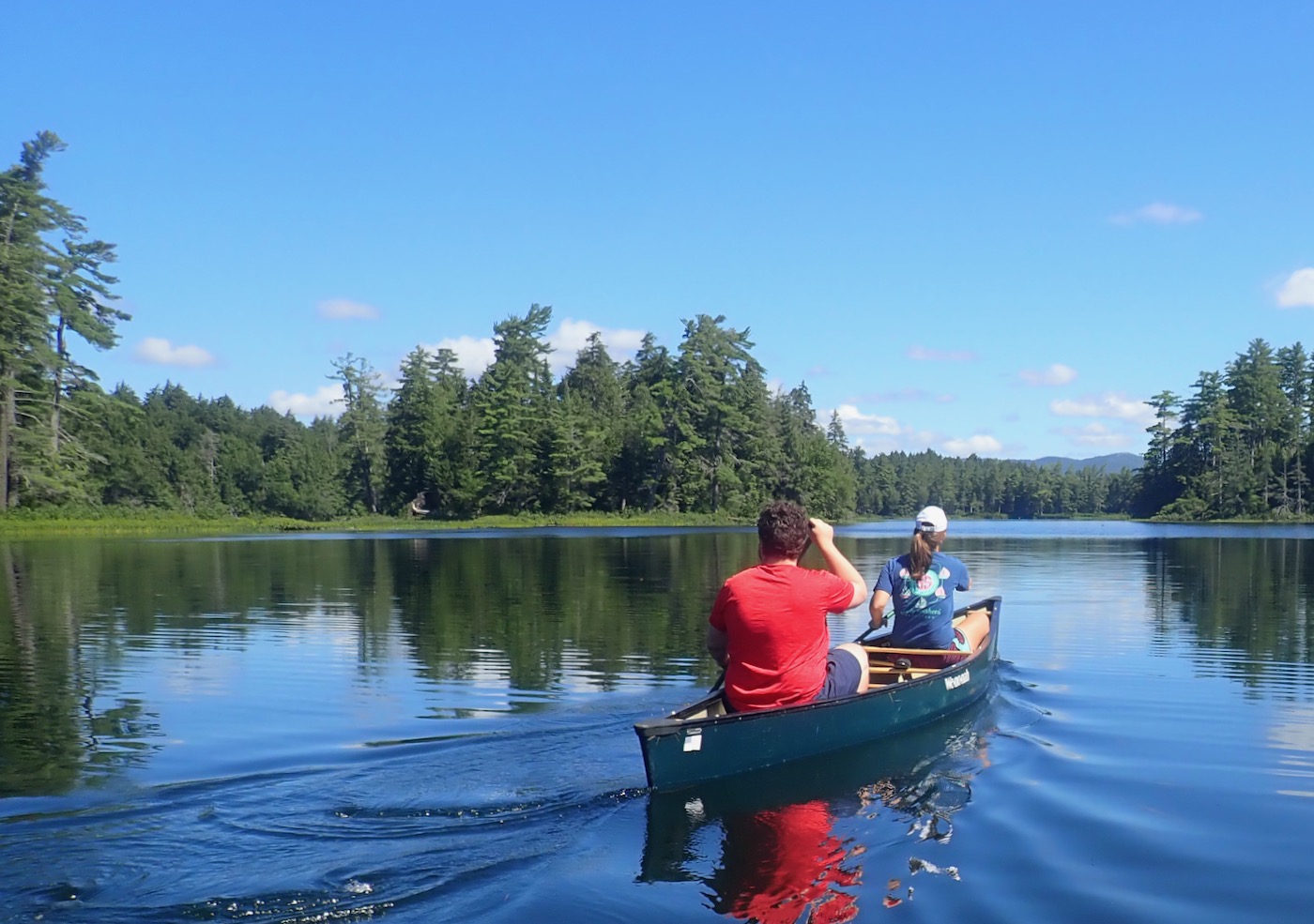 Paddling to the island felt risky and fun. It was only a 20 minute trip, but the prospect of flipping a fully-loaded canoe with 3 people and all our gear really added some excitement.

Follensby is loaded with campsites along its shorelines and island. I was hoping to get the same spot my friend had for his wedding, but the pond was busy. The south facing campsite I wanted was taken but we did find a more secluded one on the north side of the island. We made our second trip back to the cars and in a little of over an hour had our campsite setup. 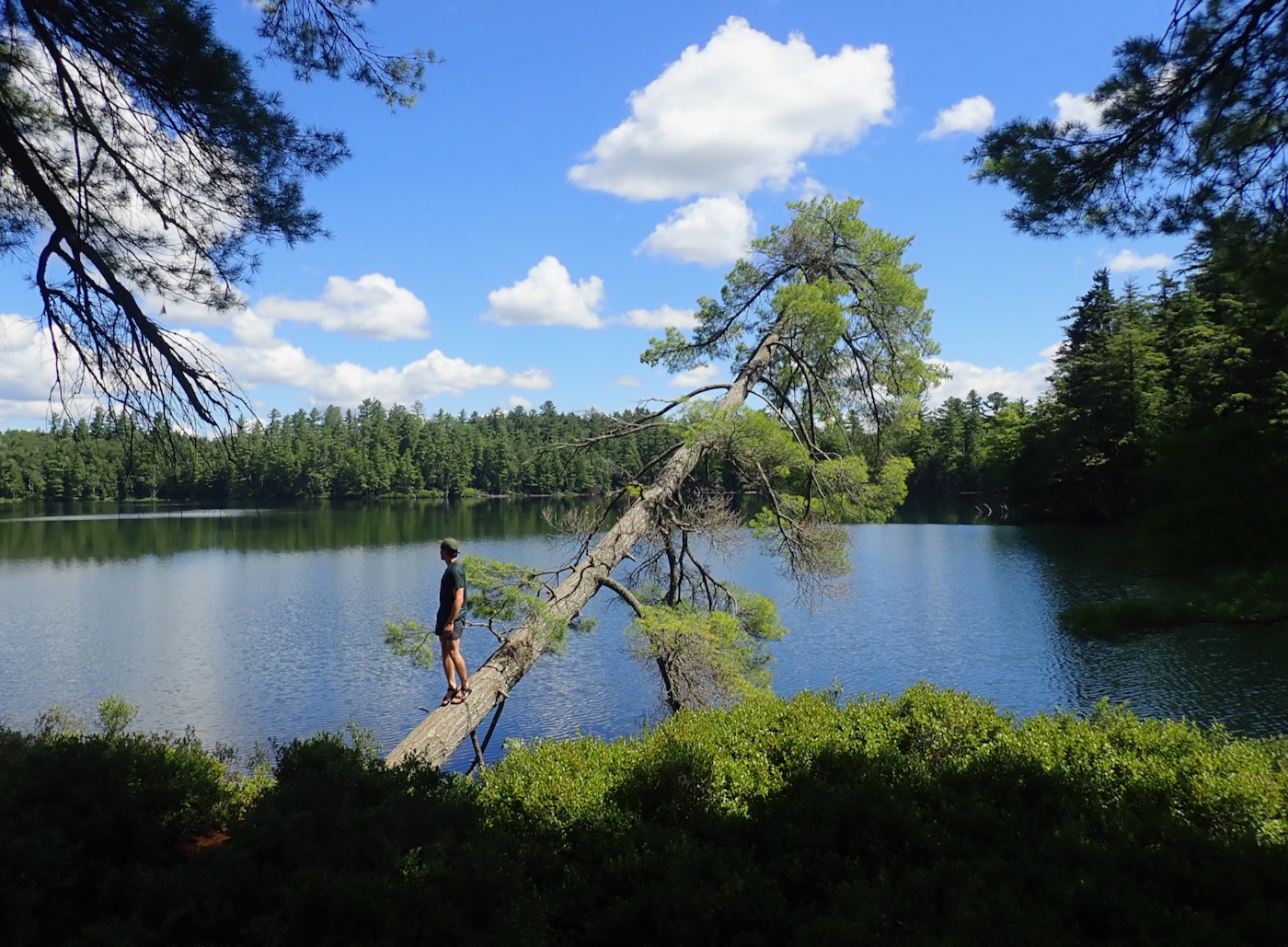 We rewarded ourselves with a cold beer and a swim. Most of the beaches around Follensby are a mix of rock and sand, but we were fortunate to have a mostly soft sandy bottom for wading. We finished off the day with a sunset canoe trip and the loons singing as we all called it an early night.

To get the most out of the canoe rentals, we planned an excursion for the second day of the trip. With a rough idea of the waterways, we choose a direction, loaded up the cooler and headed out. We meandered for an hour or so before discovering another secluded island. It was marked with no camping and no campfire signs, but we came for the view. 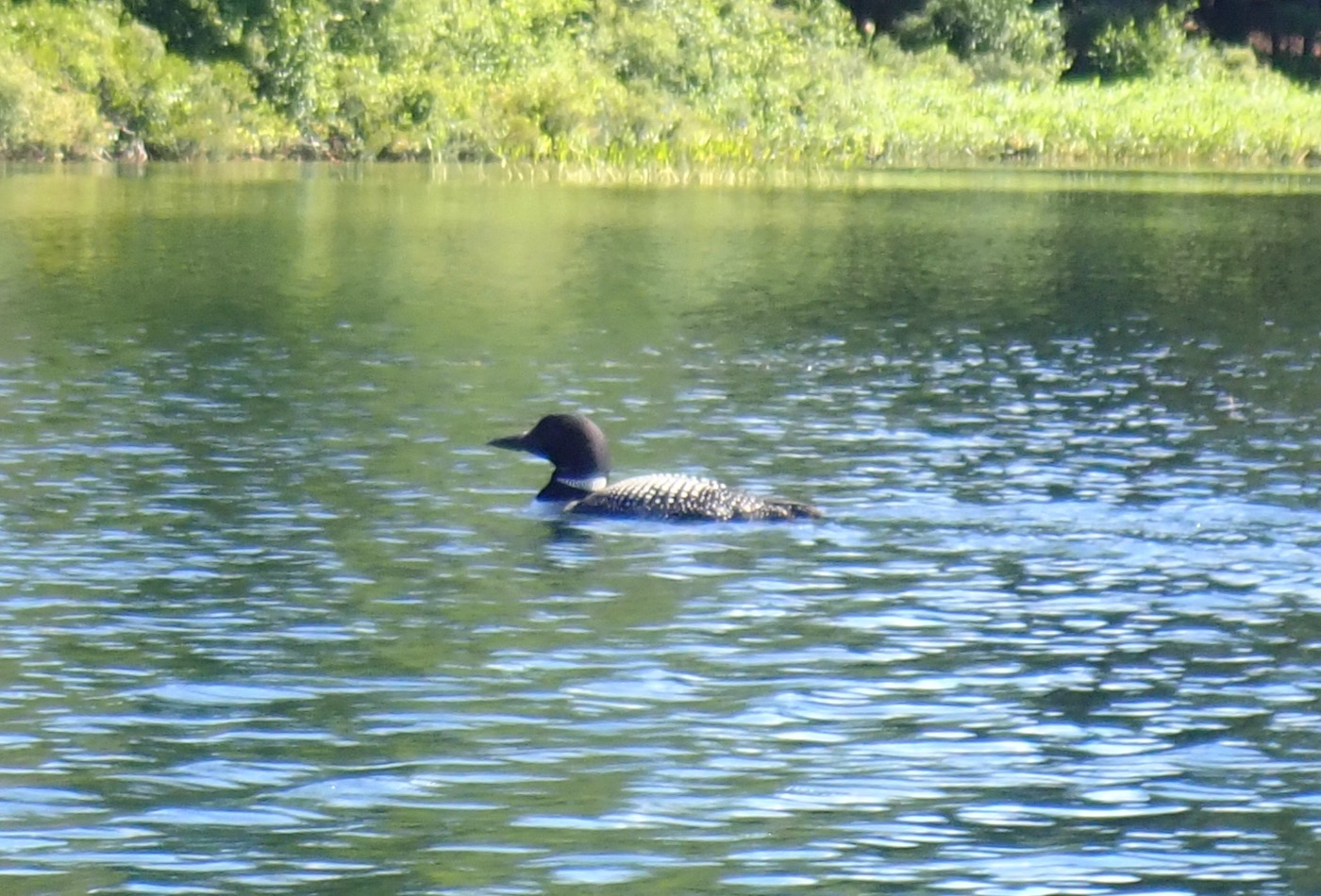 A loon fished out in front of the island as we enjoyed the warm shallow water. The Loon started to make a distress call, and we all stopped, at first concerned we were disturbing it. It became immediately clear that the Loon was more concerned with the Bald Eagle flying overhead, as it eventually settled above the Loons fishing spot. Loons don’t care for eagles, they steal their fish and their chicks too.

Satisfied with the show we eventually headed back to the camp. The rest of the afternoon was spent doing exactly what camping is for: nothing. We relaxed, ate too much and enjoyed being disconnected from the world for the rest of the night. 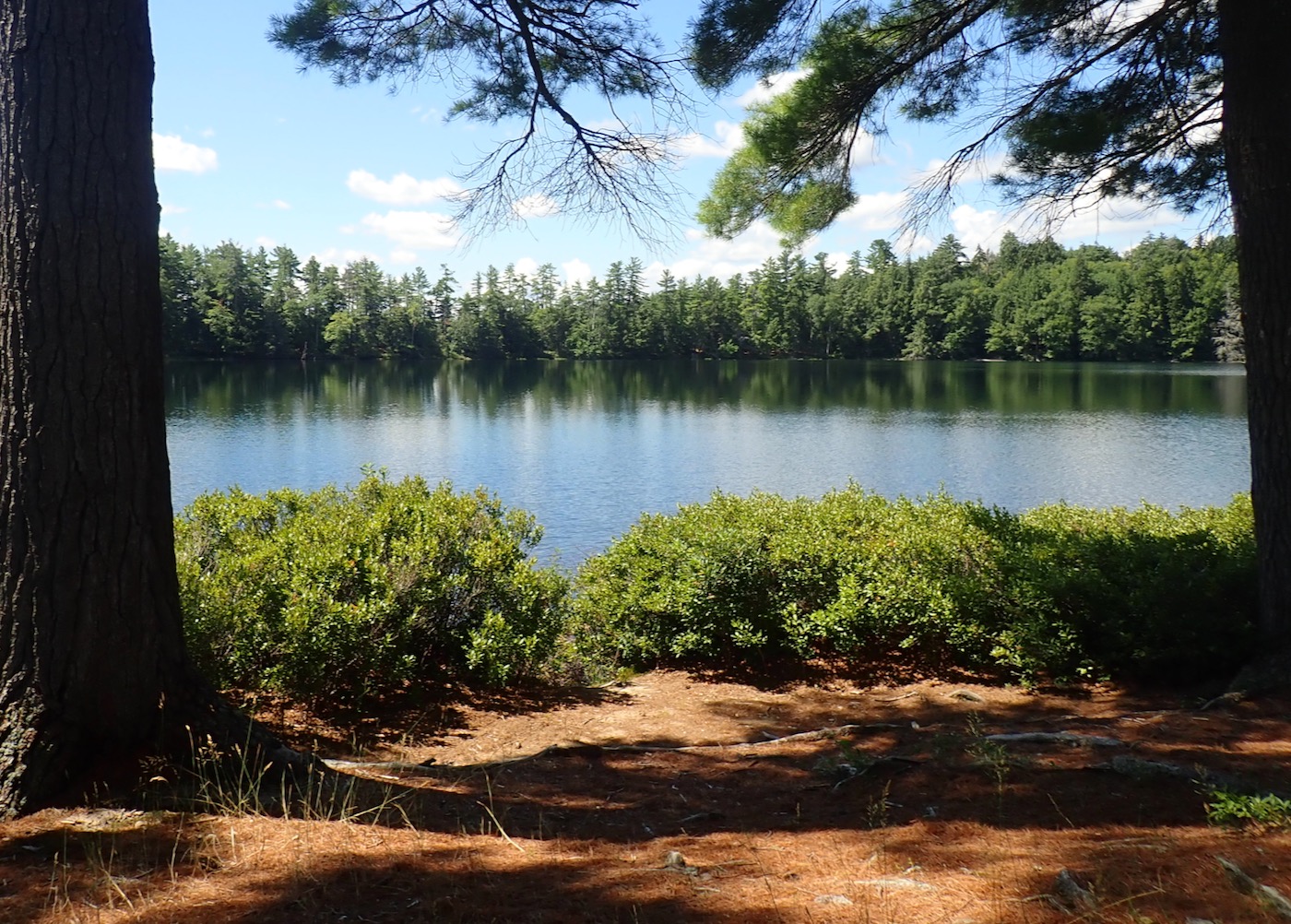 Sunday morning we were woken up with raindrops. It was only intermittent sprinkling, but we knew the storm was coming. We quickly packed up our gear and loaded the canoes, only one trip this time. As we launched the rain started to get heavier and by the middle of our crossing it was pouring. I’ll call it “exciting.” We dropped off the canoe, warmed up with some Stewarts coffee and made the most dangerous trip of all: back to the real world.