“What can be more imposing than the precipitous Highlands, whose dark foundations have been rent to make a passage for the mighty river?” — Thomas Cole, 1841

When driving east across the iconic Bear Mountain Bridge, a towering, rocky peak looms overhead on the eastern shore of the Hudson River. If you look closely, you can just make out the tan and gray rocky outcropping marked with an American flag often whipping in the wind. Dwarfed in its imposing shadow on a cool summer morning, one cannot help but feel the same sense of awe described by the famed Hudson River School artists and writers in the mid nineteenth century. 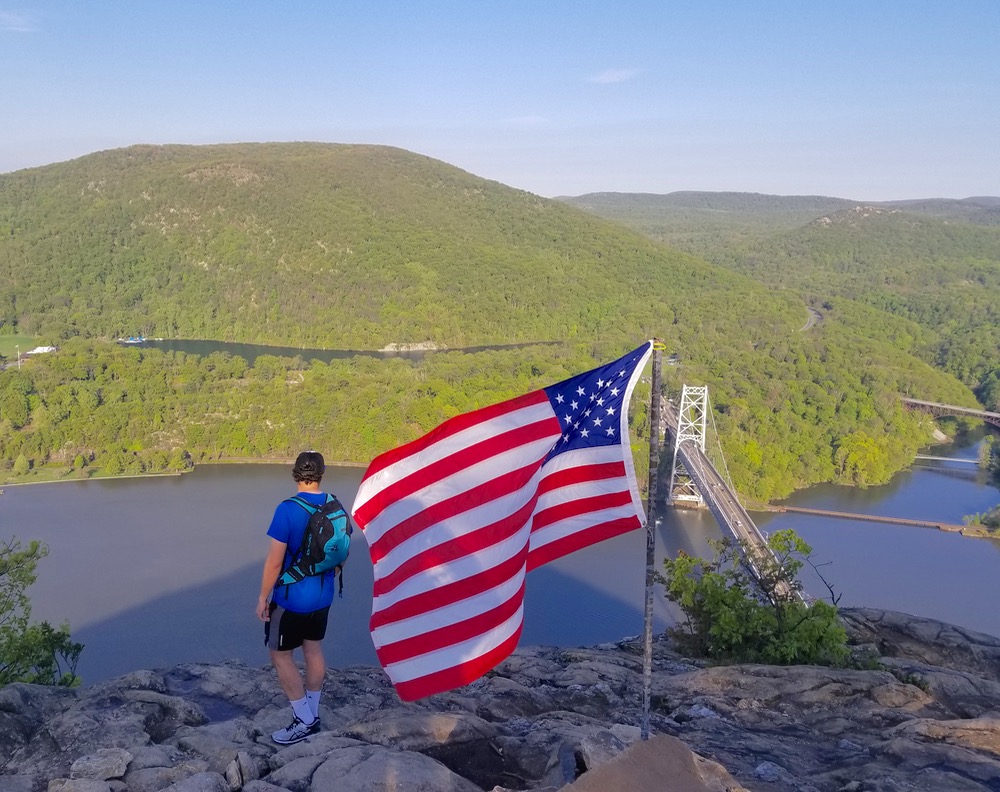 Like the rest of the Hudson Highlands range, Anthony’s Nose was formed roughly one billion years ago by an event known as the Grenville Orogeny. This geologic event, whose name sounds like a wild party from the 1970s, forged the Appalachians as well as the Laurentians and peaks as far away as central Mexico and northern Scotland. The most recent North American glaciation, between 13,000 to 26,000 years ago, sculpted the iconic fjord that exists there today.

While the process of its creation is widely accepted, the origin of the mountain’s name is widely contested. Some sources say the mountain was named in homage to Saint Anthony the Great, while others claim it was a joke about one of a myriad of colonial-era seafarers who were well-endowed in the shnozz. 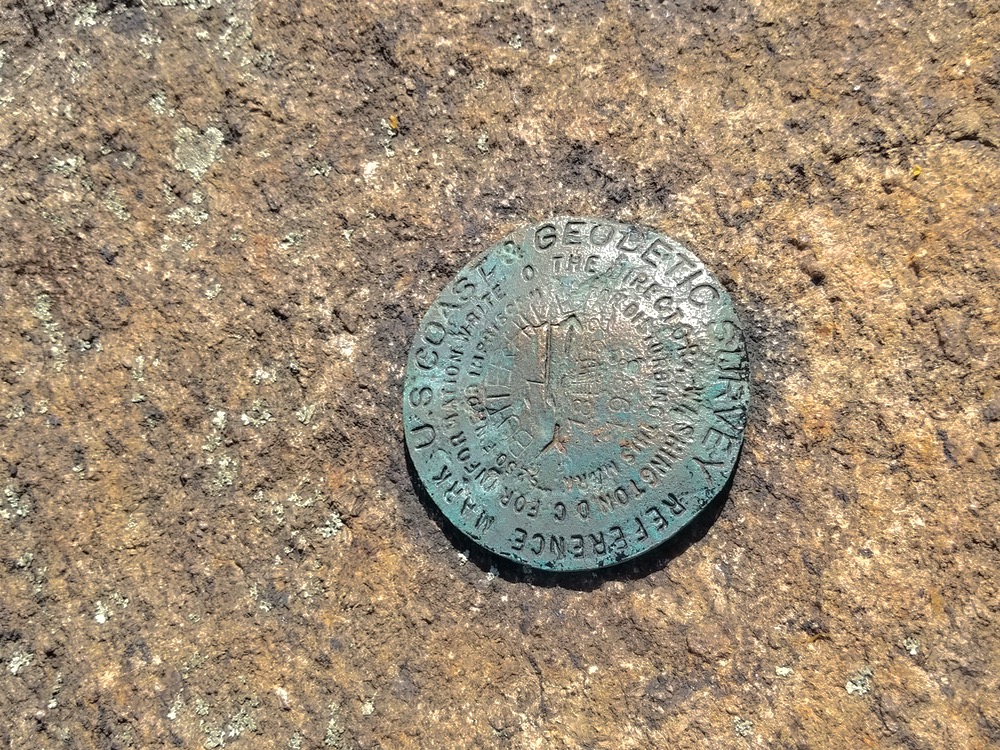 In addition to serving as a stunning backdrop to the Hudson River and the Bear Mountain Bridge, Anthony’s Nose offers fantastic panoramic views to those who hike to its summit. At just under 900 feet and 1.3 miles, a trek to the top of Anthony’s Nose offers some of the best “bang for your buck” of any hiking trail in the world, let alone the Hudson Highlands. For this reason, I have found Anthony’s Nose to be the best option for introducing friends to the beauty of the Hudson Valley (or to hiking in general for that matter).

There are two trails that offer routes to the top of Anthony’s Nose, both of which cover just under 900 vertical feet in roughly 1.3 miles. The Appalachian Trail, blazed with white markers, can be found just a few blocks north of the bridge on Route 9D right at the border between Westchester and Putnam counties. This trail guides you up what is essentially a 600-foot rocky staircase through the forest, followed by a gently-graded stroll that passes by a serene pond en route to the apex. 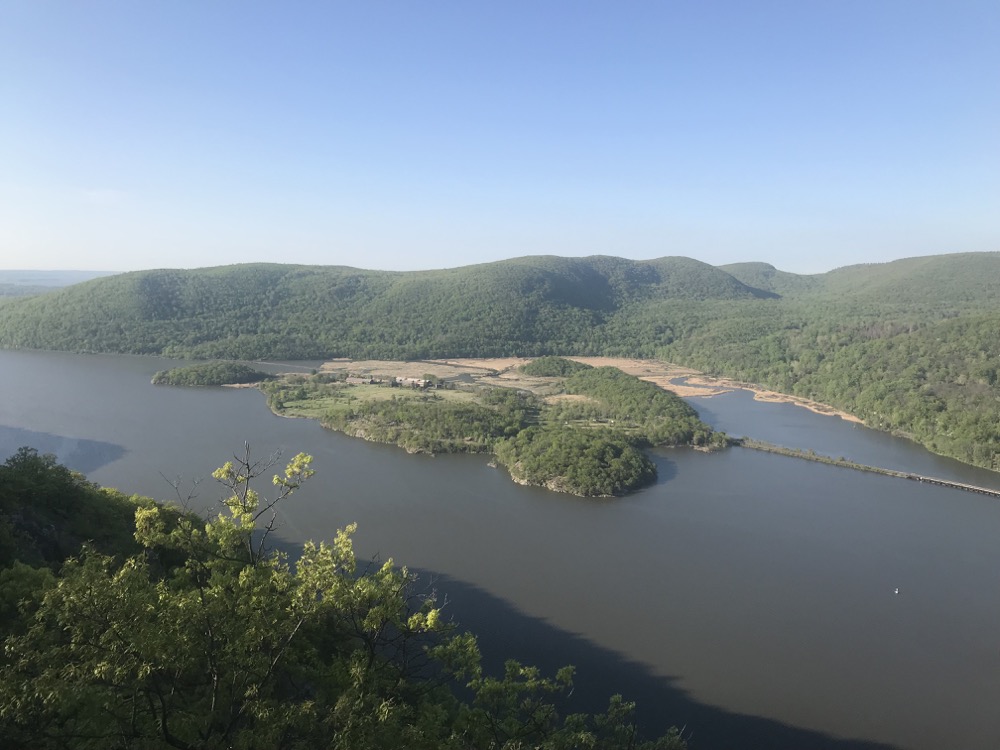 The Camp Smith trail, marked in blue, begins one mile south of the bridge and winds along the southern face of the mountain. This trail is comparably challenging and offers some nice vistas along the way. If you choose this route, make sure to heed the numerous warning signs against wandering into its namesake neighboring property, the Camp Smith National Guard Base.

Both routes are moderately steep, although due to the lack of scrambling and the short distance I would not describe the journey as difficult. Those in good physical shape can scale the mountain in as little as thirty minutes, while those who are out of shape or accompanying children should expect to spend about an hour to reach the summit. 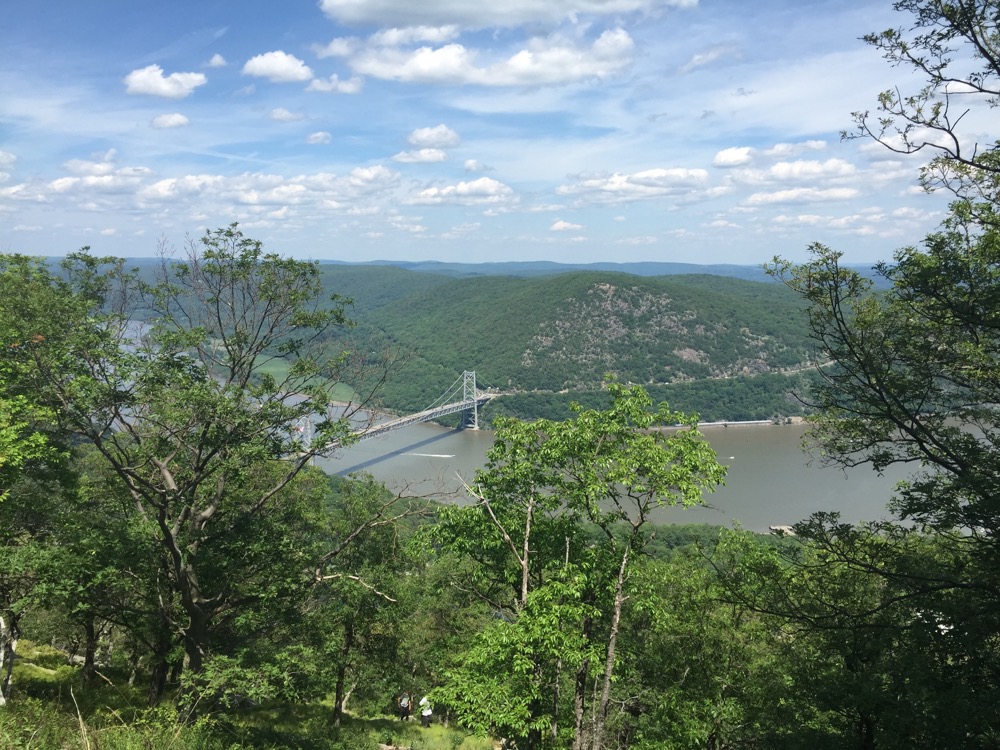 The trails are well-marked and just steep enough to provide a great workout, but the true prize of this hike lies at the summit. With sweeping, 270° panoramic views, one can see the widening Hudson River to the south, Bear Mountain to the west, Fort Montgomery to the north and the salt marshes and Bear Mountain Bridge in the valley below. The bare, rocky summit is exposed to the afternoon sun and the valley winds, making it a great spot for birdwatching or a scenic mountaintop lunch.

If you wait around long enough, you will likely see a cargo train pass slowly along the western edge of the river—its horn echoing through the valley in harmony with the chirps and caws of the birds. After finishing your hike, Peekskill Brewery and Industrial Arts offer some of the best beer in New York within a 15-minute drive on either side of the river.

Whether you are taking a break from the city to explore the Hudson Valley, looking for an alternative to the gym on a beautiful summer day, or attempting to convince a friend on the merits of hiking, Anthony’s Nose is an excellent destination for just about everyone. As novelist Frances Trollope wrote in 1832 after boating southward through the Hudson Highlands, “The beauty of this scenery can only be conceived when it is seen.”