After a fun, but occasionally scratchy outing at Massif du Sud on Sunday, we headed to that ski area’s polar opposite: Mont Sainte-Anne. We were set up with Marc, a really talented mountain guide who showed us why MSA is considered Quebec’s go-to spring-skiing area.

On a sunny day like today, with three faces (north, south, west), there’s no excuse for getting stuck on snow that’s too hard or too soft. And with almost unlimited visibility, the views of the St. Lawrence River and the Island of Orleans were beautiful. 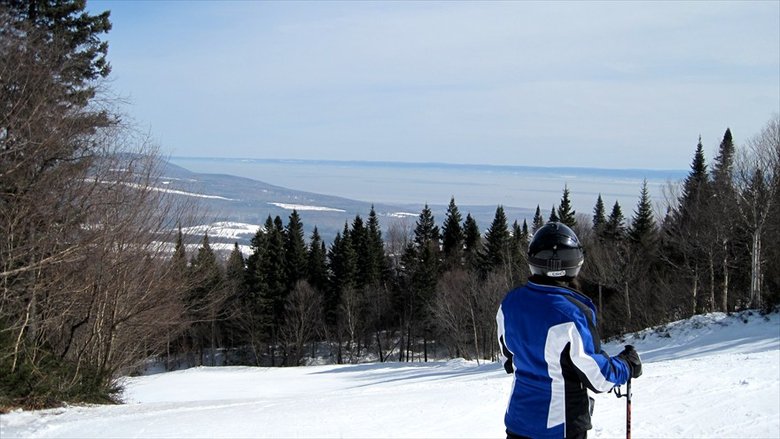