In some ways, Hunter is the victim of its own success. On yet another drive up 87 with a recent transplant, I was asked to describe the hill. Being articulate or coherent at a quarter-of-six is hard work, so I settled on my gold standard of sports analogies. 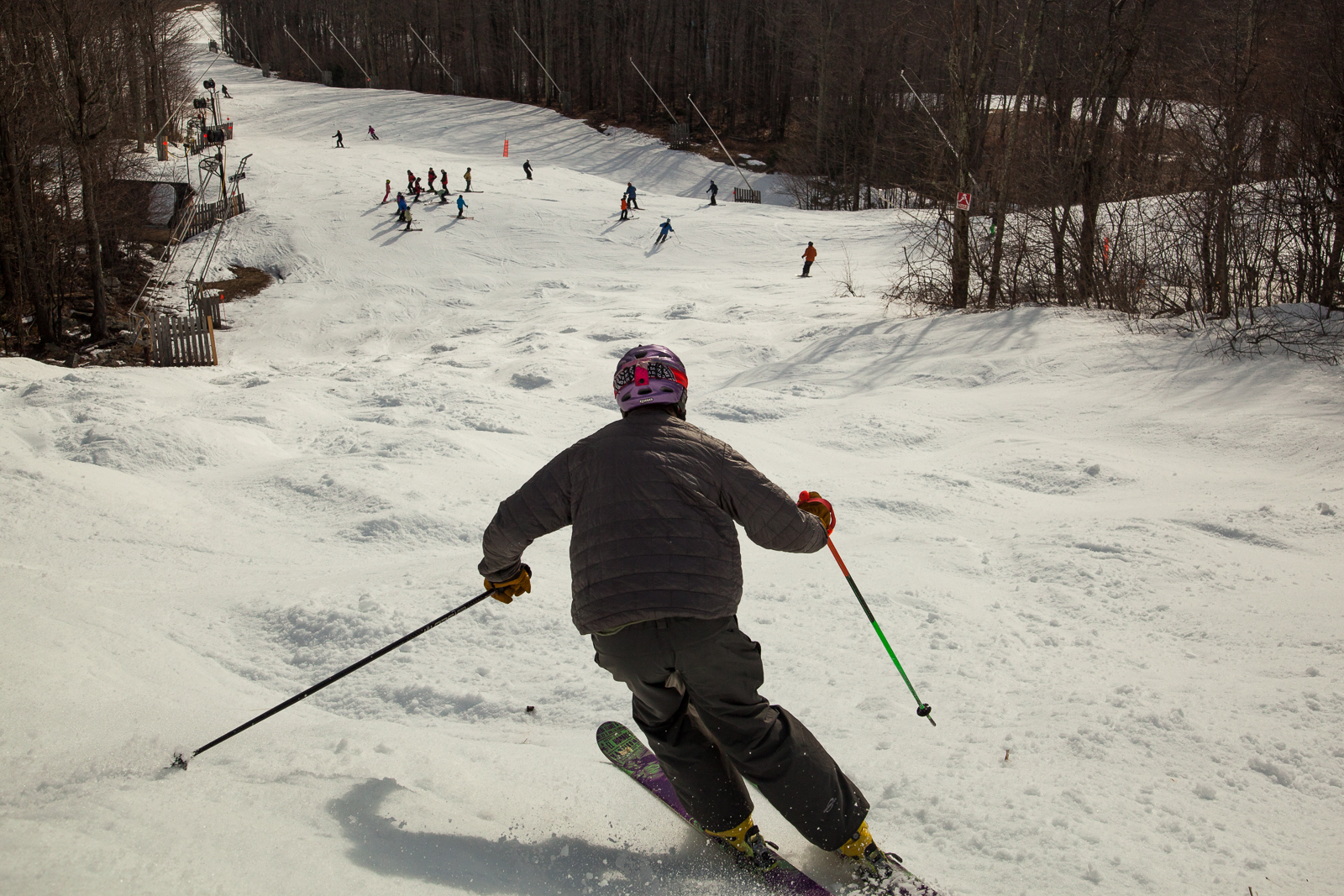 Hunter Mountain is kind of like the Yankees. Even if they win 100 games, the season is a failure if they don’t win the World Series.

Since not everyone knows about Baseball, The Yankees are not only my favorite team but they are historically, the most successful. And in other news, precisely because of this, they have as many passionate detractors as they have casual fans. 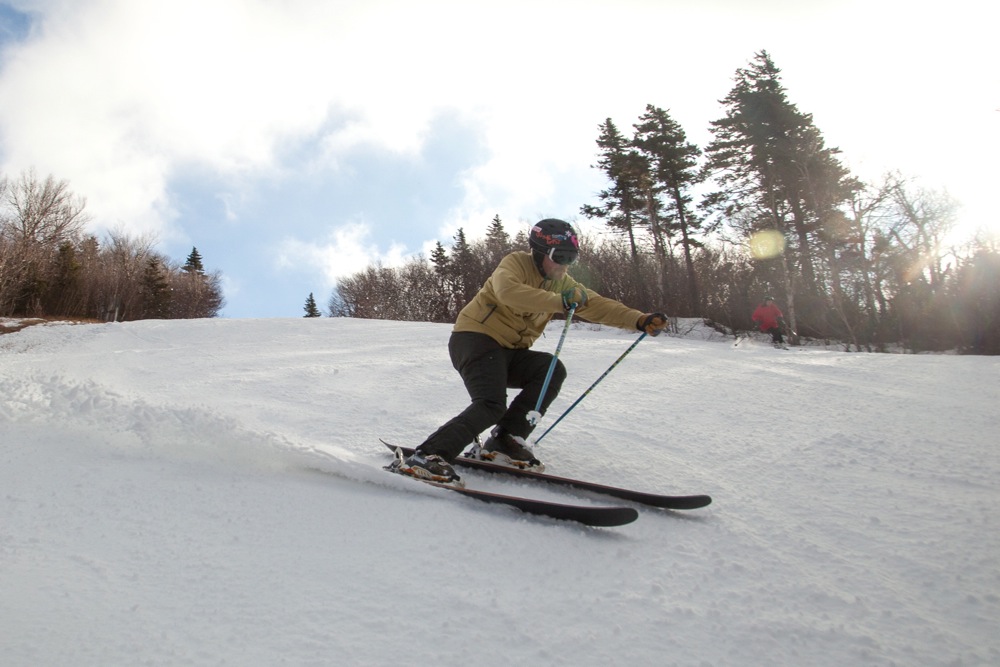 The analogy gets you pretty far before the coffee kicks in, but it doesn’t really hold water. There’s no World Series in skiing. And if you’re crying, you’re definitely doing it wrong. But Hunter does have some comparable titles.

It’s hard to find a mountain that’s installed a single high speed lift the past few years, but Hunter has posted two. 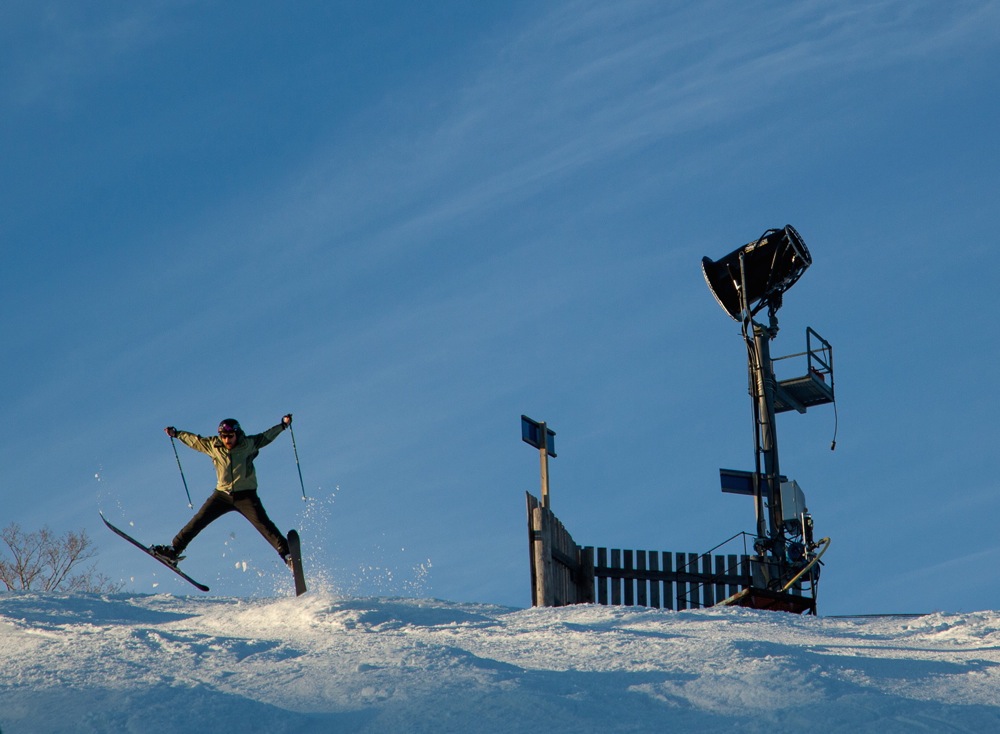 The worlds most powerful snowmaking also has its own legacy, the compressors of which were re-purposed from one of the most powerful warships of WWII.

Perhaps more to the point of why I like skiing to begin with, Hunter is incredibly fun. A detractor might insert a point about Schnapps or some other nonsense, but the last I checked the 70s were over. 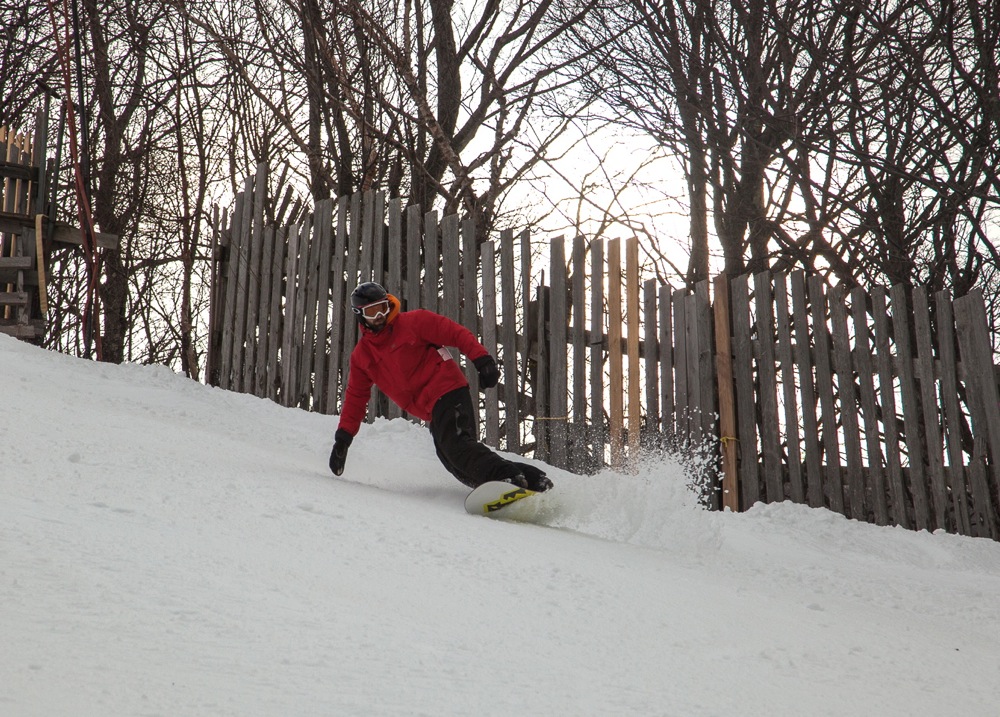 What makes Hunter fun is the terrain, and the people that are attracted to it.

My friend Matt for example was attracted to the long steep runs on Hunter West like Clair’s Way. Our group spent much of the day lapping the Silver Lady and ripping long soft turns there. Saturday’s temps provided endless soft runs on the face, with bumps on the right side and the corn at the bottom approaching 4 inches thick. 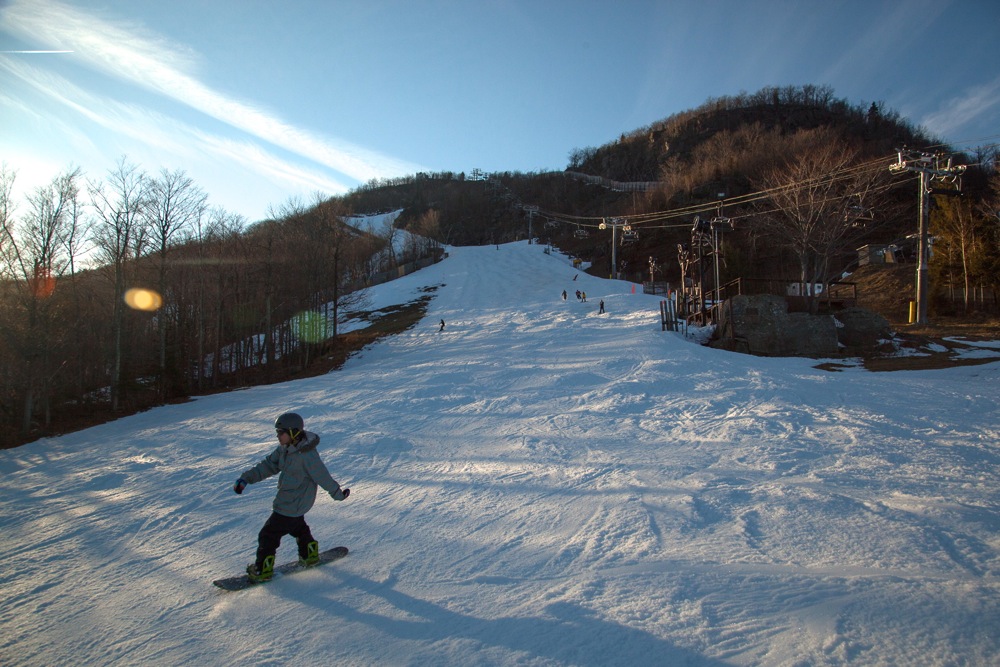 You might also enjoy a run on the East Side, like the oft-overlooked Cliffs trail, with it’s imposing rock face on the left and drop off on the right. For some reason, even in the middle of a bumpy zipper-line, I’ve always considered it more similar to driving the Amalfi coast than a typical eastern ski trail.

My favorite part of the day might be timing that last bit of afternoon light on Minya Konka or Lower K, with a little bit of alpenglow and the broad valley’s trees stretching beneath you another thousand feet below.

If you consider yourself a fan of the sport and haven’t made a pilgrimage to the Stadium of the Catskills in awhile, you owe it to yourself to give it another shot. All of my favorites are buried for the next few months, as they call it “Ski Season.”

And, if you decide that the 70s weren’t so bad at the end of the day, the view of the hill isn’t so bad from an ski chair with a schnapps or more modern IPA.