New York and Ohio skiers have another area to hit this winter with the reopening next month of Cockaigne Ski Resort in western New York.

Closed since a lodge fire in 2011, the resort reopened again in the 2020/21 season. The ski area features 15 trails, three lifts, and a new snowmobile adventure park.

The base lodge has been rebuilt after the original lodge was destroyed in a fire in 2011. In 2017, new owners purchased Cockaigne updating the lifts, lighting and snowmaking.

Cockaigne’s biggest claim to fame may be its location in eastern Chautauqua County, 20 miles south of Lake Erie and along a ridge that gets pounded with lake effect snow. The resort averages 175 inches of snow each winter, the highest total in western New York.

So much natural snow, and improved snowmaking help ensure the resort is well covered all season. Though the vertical is modest at 430 feet, but the abundant snowfall is a big draw.

Cracker Jack, the longest slope, is part of the new snowmobile adventure park, which includes bank turns, berms and other features. Snowmobilers can also connect with Chautauqua County’s 400-mile network of trails at nearby Boutwell Hill State Forest.

To contribute to the NY Ski Directory’s listing for Cockaigne, contact us. 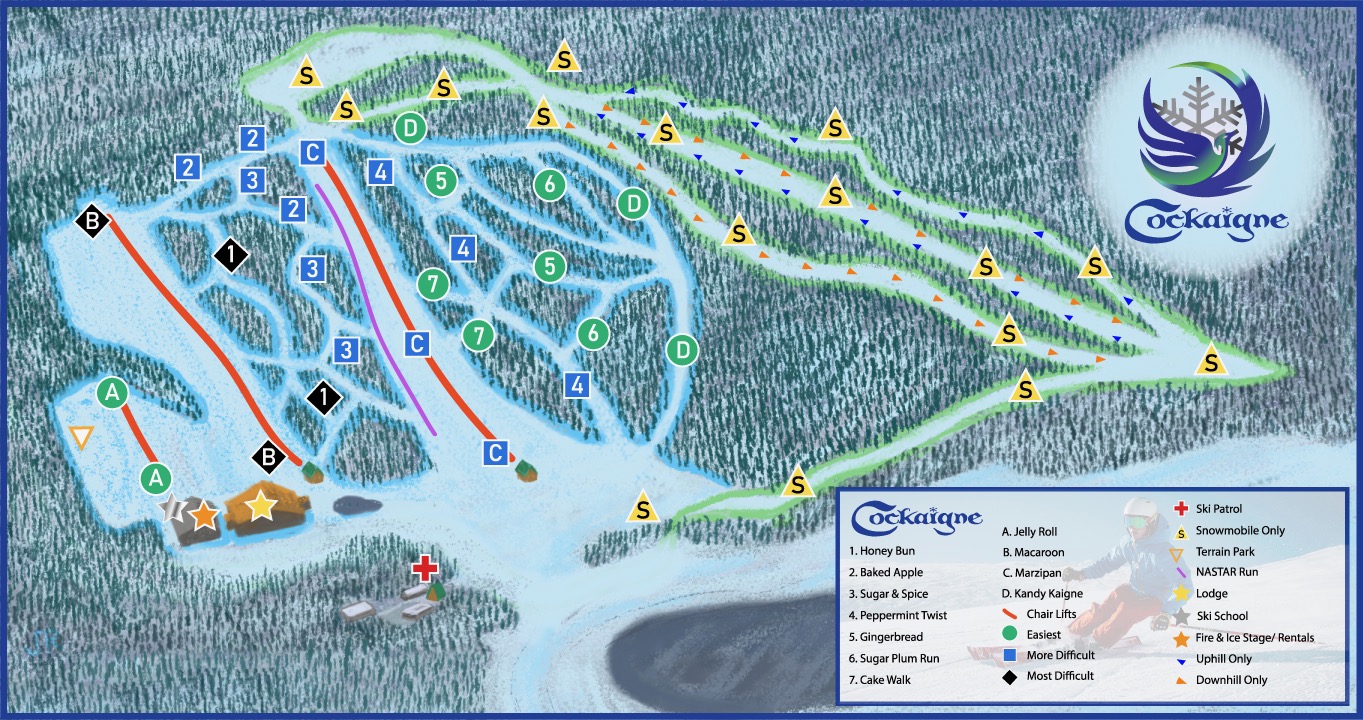